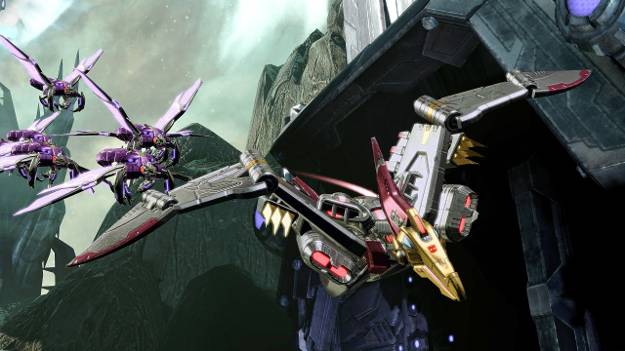 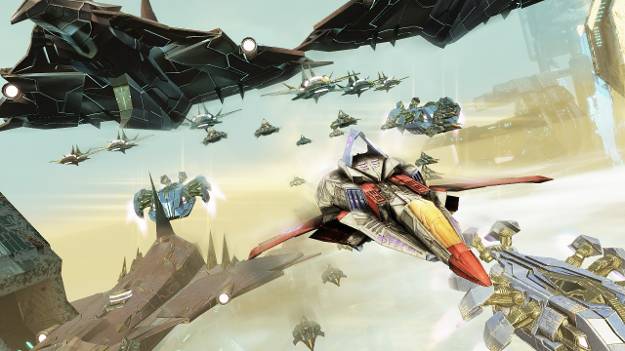 By the time you finish the campaign and Touch by Stan Bush is playing as the credits roll, you once again know who High Moon Studios has made this game for. With War for Cybetron, we were given the Autobot/Decepticon war as it was starting to reach its turning point. Now with Fall for Cybertron, we are given its conclusion and it is downright amazing.

High Moon Studios perhaps made a brave choice by deciding to ditch the cooperative campaign feature with the sequel, but it makes for a more cinematic feel to the gameplay as each level has now been tailored to each Transformer's special abilities. As the war for Cybertron has started to wind down, we now see the leader, Optimus Prime, trying his best to save his Autobot brethren by getting them off planet with the Ark; a spaceship with the sole purpose of hopefully finding them a new home while the megalomaniac Megatron and his Decepticon forces are focused on wiping the Autobots from the face of the galaxy. These are no longer levels that feel that they were made for just two types of Transformers in mind, but for each individual Transformer that you perhaps had in your toy bin at some point come into play during the 13 mission campaign. From Jazz's grappling hook that he uses to traverse a multi-leveled traverse to Cliffjumper's cloaking ability which will have you sneaking around Decepticon strongholds and silently taking them out, (Yes, there are Transformer sneaking missions in this one.) these missions are vastly different at times and have players taking part in multiple styles of gameplay. Even levels that abandon shooting completely and have you embracing melee combat makes it into the campaign and makes it feel even more dynamic and shows that High Moon Studios isn't just making another shooter; they are making a Transformers experience. With this, Fall of Cybertron feels not just like another third-person shooter, but actually like Autobot and Decepticon soldiers using their skill sets on a battlefield. 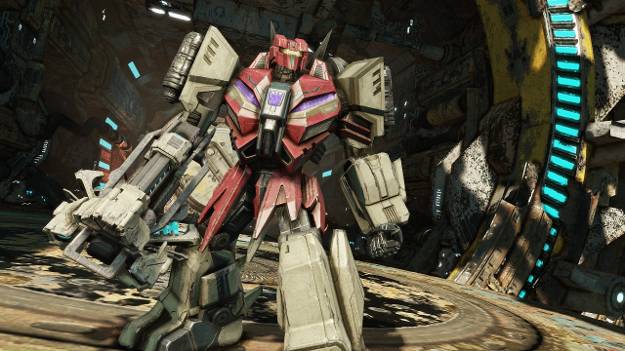 It is these battlefields that have also been given a complete overhaul on overall aesthetics. With War for Cybertron, we were given cities of metal that seemed to be teeming with life once, but have pretty much become heaps of junk and death thanks to the civil war. Here in Fall of Cybertron, we are still given that but are given so much more. It is impressive to see the scope and size of the world with Decepticons such as Vortex flying around the planet of Cybertron, but it is vastly more interesting to actually see green in this game when you are going through environments that have pools of acid and barren civilizations that have been overtaken by storms of rust. Fall of Cybertron's environments alone tell a tale that these aren't just lifeless robots that are fighting, but sentient beings that have been here for eons and time has indeed taken its toll on this advance species.

With combat, Fall of Cybertron still has the run-and-gun feel to it, but High Moon Studios has attempted to adopt a more cover-based system. While you still won't be latching to cover during heated firefights, you can still hide behind high structural objects to avoid enemy fire. Add that with the new ability to switch firing hands at anytime adds a new tactical maneuver you can utilize when taken on the robotic forces of good and evil. And this time around, it is greatly needed. The AI system has seen a vast improvement. Machine gun-toting robots will keep their distances during skirmishes, while snipers will fly between vantage points to try and take off your head. But perhaps the most impressive comes in the form of shotgun-wielding robots that will charge at players and end your life very quickly with their devastating close range attacks, but have the know-it-all to leap out of range if a melee attack is used against them. It causes players to quickly analyze a battle scenario and try to turn it to their advantage. Combat can end quite quickly out of your favor if you try to run around the battlefield like you are a super soldier; a situation I have found myself in multiple times. 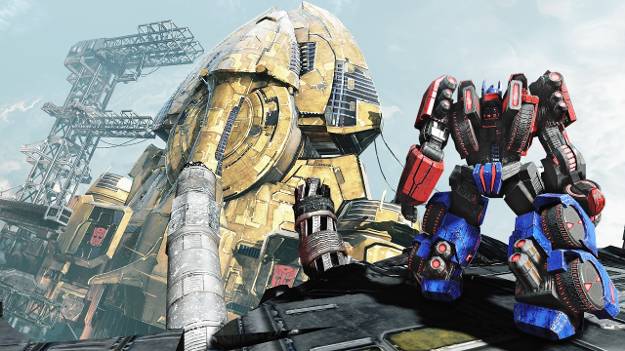 War for Cybertron pretty much sold me on its multiplayer aspect last time around with the ability to create my own Transformer, but in the end I felt it was sorely lacking with it choices. Thankfully, the sequel has rectified this and has made it what I was hoping for with the first game. The four same classes are there (with some name changes), but customizing them has been greatly added upon. With each class, two body parts are already unlocked in nearly every category while the rest of the parts must be purchased. With each match, you gain money that can then be used to purchase more parts to create the Transformer you always wanted. This is a definite step up from its predecessor which only had you pick a few pre-rendered chassis and could only change their color scheme. Here, the head, body, legs, arms and shoulders can all be edited, giving you much more options to choose from. Perhaps the only downside here is that when switching from Autobot to Decepticon teams, you can't create a whole different robot, you can only swap out the color scheme of each robot. It is a letdown, but with the slew of new options that are given to players this time around, it is small trade off that I am willing to make. As for combat, you are still given the same fast action that comes from the campaign and it hasn't changed. It is fun to play against other players online and this time around holds my interest with fewer buggy experiences that caused several games to drop and lag that cost me a few matches. Perhaps the biggest difference that players may notice is that once on the field, you are stuck with the weapon loadout for each character as the ability to pick up weapons from downed players have completely been removed.

This is indeed the Transformers experience players have surely wanted all along. Transformers: Fall of Cybertron outdoes its predecessor in every single aspect. The scope is direr, the action is more laser-focused on telling a story and the multiplayer has become more engrossing thanks alone to the revamped character customization. Fall of Cybertron is indeed the love letter to Transformer fans of the Generation One era and should be played by all.