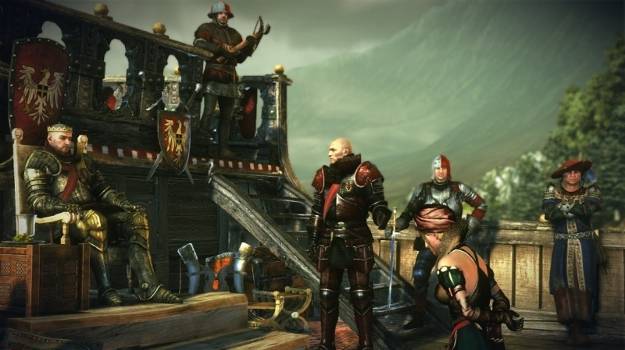 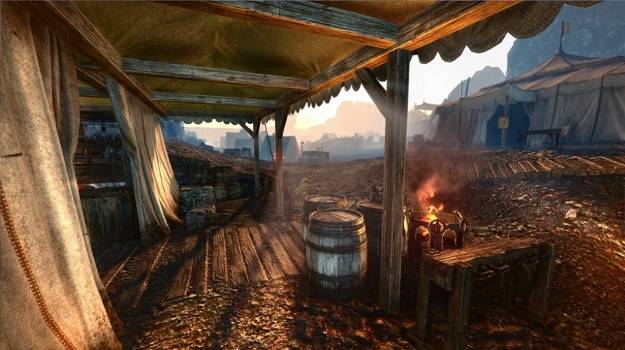 The Witcher 2, (or Wiedzmin 2, for the Polish-speakers out there), is an excellent RPG that came out on May 17th of this year. A self-proclaimed "hardcore RPG", a title it deserved, it's full of choices, character depth, huge areas, numerous quests, and an impressively high difficulty. It was only for the PC, which left console players, or at least those without a decent PC, in the dark.

In a small room headed by CD Projekt RED, I learned that this would not be the case for much longer. After seeing a trailer for the game, we were given a playthrough of one of the first parts of the game, where Geralt of Rivia, the main character of the series, must escape from a prison after being falsely accused of murder.

The way that the demo was played was interesting, as it was being played concurrently by two people on two computers. The demonstrator would switch between the games as they reached various points, to demonstrate, essentially, the amount of choice available to the player in traversing the map. I was surprised, as someone who had already played this part, that there was so much choice available to the player. The things I did on the way out was completely different from what they did, and they informed me that there were in fact about four different ways to play through, depending on your play style and a particular choice you had made in the previous area.

Let me reiterate that this is one of the first parts of the game. If I'm not mistaken, it's actually the prologue.

Anyway, the entire demo was to showcase that the engine (called the Red Engine), could run on the 360, which it did quite well. Compared to powerhouse PCs and their owners, what was shown won't be too impressive, and really there is no real reason to buy the game a second time.

For console owners that don't have access to the game on their computer, however, this is a title that should not be missed. Heck, they're even meeting their commitment on the PC of releasing all DLC and extra content for free, and applying it to the 360 as well. If you haven't played it yet, look for The Witcher 2 on the Xbox 360 when it comes out at the end of this year.