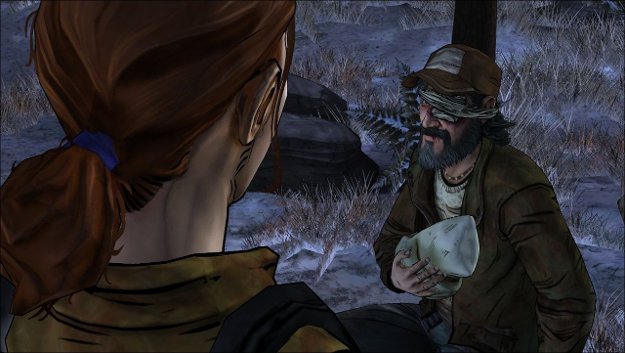 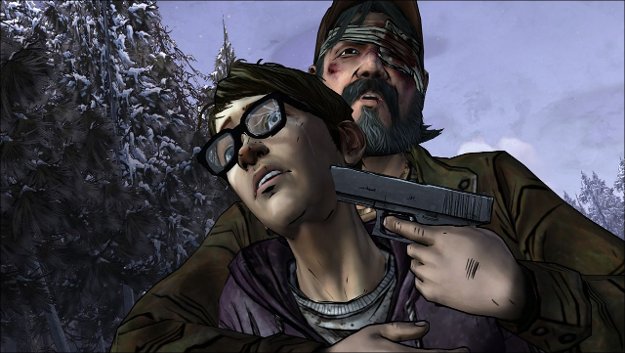 So we've finally come to the end and honestly, when I got my hand's on it and realized that it was the final installment, my first response was, "This is the last one?" I couldn't honestly imagine how they were going to satisfactorily bring the season to a close with just the one more episode with how the last one ended.  So I sat back and watched it play out and waited to see how it would end. I truly expected to get some sort of big cliffhanger to end the season. I was both wrong and right in a huge way and incredibly disappointed with the conclusion.

Dealing with the basics of the episode, the animation, voice acting and sound quality was still good.  There were no graphical glitches that I saw or had to contend with.  Everyone's voice actor sounded convincing and I could believe that everyone was invested in what they were saying and what was happening in the story.  Animation for the story was well done as well, with everything moving and working smoothly to prevent any distractions from what was happening with the plot. 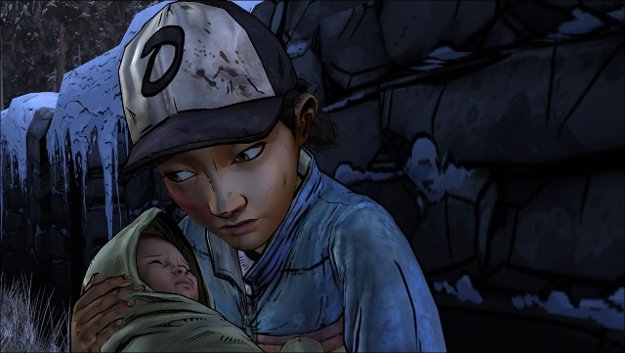 And therein lies the huge and glaring issue with this episode.The plot is full of nothing but depression, betrayal and characters abandoning the setting one way or another.  This episode actually features one of the most depressing and pointless deaths that I think I've seen in the entire series so far and its really very sad to see.  One of the ways that you get players to care about characters is by keeping them around and building them up.  You let players know about their stories, get them invested.  With the Walking Dead constantly rotating characters in and out like johns in a hookers boudoir, its impossible to actually start to give a hoot about many of the characters.  And it seems like when you do actually start to care about one because they've genuinely been portrayed in a decent manner, they're gotten rid of.

By the time the episode is over, whichever ending you get features less than half of the starting cast of the episode.  Less than half.  I know the Walking Dead setting is bleak and hopeless but there's a point where it goes from being bleak to being ridiculous. A balance has to be struck between being true to the setting and telling a good story with compelling characters that the players actually give a crap about. I can't care if they don't stick around.

And by now it's clear that the puzzle solving element that was once present, even in a small form, is completely gone.  Start to finish, the story is basically intended for you to sit back and listen as the characters talk to one another. Yes, you get the option to choose your responses to what's being said but it feels shallow. It especially feels thin on interactions when you barely had to do anything besides choose responses to dialoge.  The actual interactive element in this one felt very thin and I hardly felt as if I had to do anything until the ending when it came time to decide on the endings.

Even then, the best thing that could be said about the endings is that out of the five, three enable you to get rid of that pesky character who shouldn't even be around anymore.  There are several downfalls to the whole five endings scenario, however. The first and most obvious is that when a sequel comes around, with five different endings to pick from, many players are going to have their choice invalidated when they start back up again.  It means that there are going to be many disappointed people picking up on a sequel.  The second and not so obvious downfall to the ending was that it simply felt like nothing had happened. No real progress had been made, no one really grew or developed and everything felt very stagnant by the time it was all said and done.  We could have left out the entire second season and just had a quick update that said Clementine had to learn to be tough. It didn't need to be dragged out through this whole season. And if this whole season was supposed to be a commentary on her journey growing up, then it needed something up to make it more compelling or it needed to be done in less time.

Overall, the entire episode was a let down and as a result, the entire season ended on a poor note.  The technical aspects were the best handled parts of it, but a game can't stand on that alone.  It needs story to be interesting and story to bring the players any kind of entertainment value.  I can't say that I was happy at the conclusion of the episode and felt like it was a lot of time wasted, not just for myself but my poor little Clem as well.