The Walking Dead Season 2: All That Remains (X360) 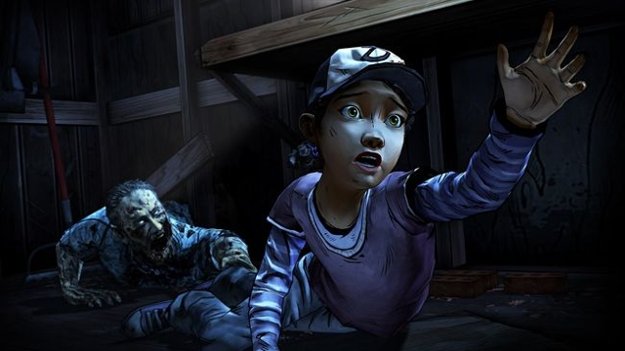 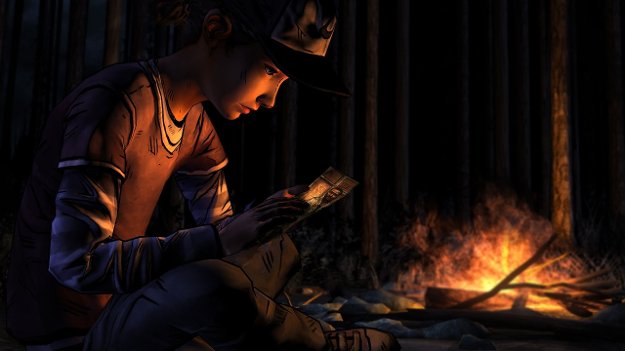 We return to Georgia, where the zombie apocalypse is in full swing in Season 2 of The Walking Dead.  We start our journey off with Clementine, Omid and Christa, several months after we left them in Season 1.  Christa is pregnant and she and Omid have the care of Clementine after Lee's unfortunate depature in Season 1.  But even though we start with all three of them, the only person we really care about in all of this is the unsinkabble, indomitable, utterly awesome and amazing Clementine.

Telltale does an amazing job in this game of creating a lot of the same tension, stress and feelings of despair that accompanied us through Season 1.  Poor Clementine goes through hell and back in this episode and I couldn't help but stare at the screen in horror through all the tribulations the poor thing has to go through during this episode.  Every step of the way you can't help but go from admiring her to feeling horrible for her to admiring her again.

As the story progresses, it gets more interesting, with juicy new plot points dropped left and right.  It was actually quite nice to immediately get back into the old setting with some familiar faces and to have a new reason to be interested in what's happening around them again. And being an episodic game, they did a very good job of dropping just enough information and leaving us on enough of a hook that I'm really interested to know what's going to happen next in the story. 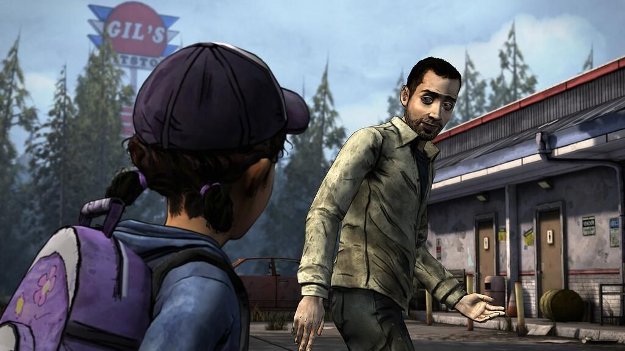 Of course, new game and a new season didn't necessarily mean we needed new controls, but we got them nonetheless. With this being a series about walking dead folks, death hangs around almost every corner for the protagonist.  There are multiple sequences in which your character can be killed if you don't respond properly and some of those sequences happen fairly quickly into this installment.  I was expecting to have to respond quickly to keep my character alive.  What I wasn't expecting, however, were some of the changes that were made to the control scheme.  They happen so quickly and threw me off so dramatically that I was at a serious disadvantage.

The disadvantage was extreme enough to cause me to die several times during the first seriously dangerous sequence in the game.  And to have to restart several times. Granted, the game gave me a checkpoint which meant I didn't have to replay through any of the game to get back to the sequence where I got my face eaten off, but it was very frustrating to have to keep trying it over and over again.  The argument could be made that after playing the first Season, players would be somewhat familiar with the controls and could just be thrown into the dangerous sequence.  However, it's been quite some time since the first Season came out and they actually changed the way the quick time sequence worked and the controls that are used, making it difficult to just jump into. 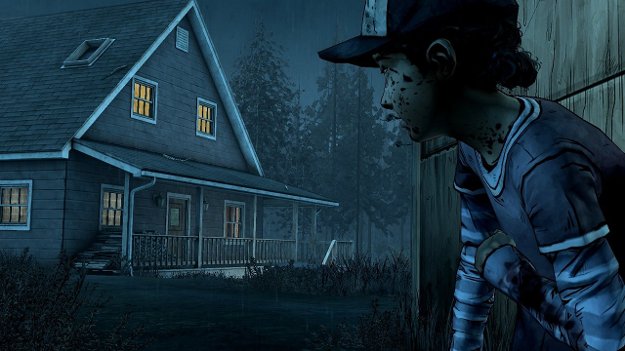 Once that sequence was over, I had to puzzle my way through a slightly confusing level design where I had some trouble progressing simply because I couldn't clearly see where a set of stairs was.  Once that little problem was solved and I actually made my way to the second floor, I was treated to a funny little glitch.  Kenny, from Season 1, was just standing around. During a scene in which Clementine talked to another character.  As a matter of fact, his crotch was positioned just about head level to her, which I have to say was very rude of him.  As I continued, other characters from Season 2 had avatars simply standing around in rooms that were supposed to be empty.  It was a little strange sneaking around to grab items when the characters you're hiding from are just standing in the same room, staring at you with their dead eyes.

In the developers defense, all of this was followed by one of the hardest sequences I've had to play in a video game in a long time. And by hard I don't mean that the gameplay itself was difficult or that the enemies were hard. It didn't have difficult puzzles or anything like that. I mean hard as in I wanted nothing more than to cringe away from the screen so I didn't have to see what I was seeing and I totally didn't want to have to do what I was doing.  Not really having a choice in the matter, I proceeded with the torturous sequence. Thank you, Telltale.

I have to say, that if this first episode is an indicator of what's to come in the rest of Season 2, I'm very excited.  The characters that have been introduced have been fairly dynamic and interesting.  And already, they've laid the foundation for a complex plot that has me already wondering what's going on.  They've horrified me, they've made me upset and they've made me cheer for the characters. And in some cases, it happened in the span of a few minutes.  I'm looking forward to the rest of the Season and hoping that things like the graphical glitches and slow puzzle sequences aren't a continuing feature as we move forward with The Walking Dead.