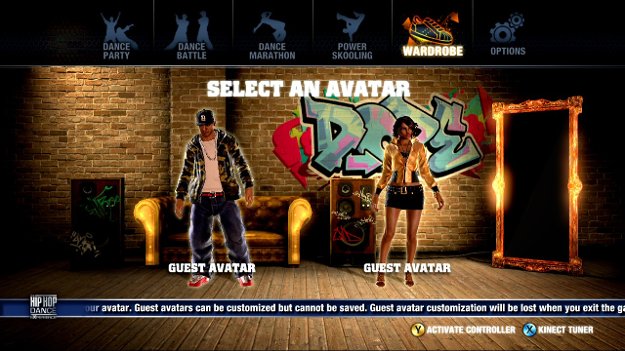 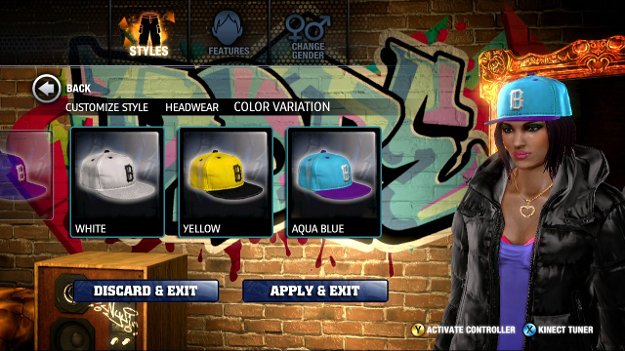 Ah, dancing games. Great for parties and looking like a fool in front of a group of people. The Hip-Hop Dance Experience allows you to do just that to a hip-hop soundtrack. It has some things going for it, moreso than the Black Eyes Peas Experience that game before it, but it has a long hill to climb before it can be equal to some of the better dancing games available.

There isn’t much variation here – you pick a song, you pick a difficulty (Newbie, Mack, and Go Hard), and you go to town. The game makes the peculiar choice of unlocking everything from the get-go: this makes things perfect for jumping into a party mode, but there's no sense of progression in playing the game. For example, there are different outfits you can wear, but all of them availble at the beginning, so you make your choice and pretty much stick with it.

Dancing is pretty much what you would expect: you mirror moves that your dancer performs on-screen. When you make a move, the limbs that are incorrect are lit up, which helps you know what’s going on. Unfortunately, though the game features some bright and colorful visuals, they sometimes get in the way of figuring out what you’re doing and if you’re doing it incorrectly – the bright flashes and effects are just a little too bright sometimes. 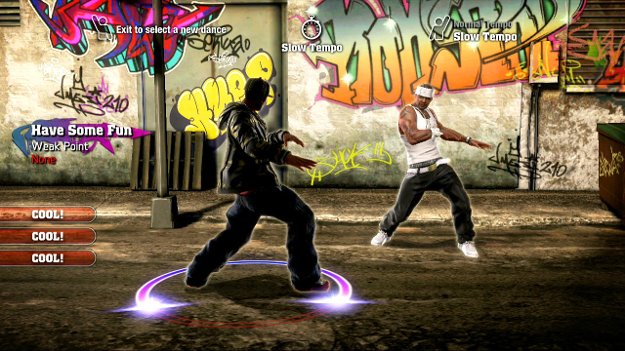 If you want to learn moves individually, there’s an opportunity to practice individual moves to a beat. Though you can’t string moves together, which would’ve been nice, practicing one move at a time does help – the game doesn’t do a very good job at prompting you what the moves entail, or what’s coming up next.

A neat mode is the Dance Marathon – you play through random songs, trying to keep yourself from making mistakes that drain a life bar, one that replenishes as you finish songs. It also tracks calories for...some reason. You can also play a two-player battle mode to assert your dancing dominance, if you so choose. They’re alright, but the majority of the game is just the basic Dance Party mode.

If it’s your genre, then The Hip-Hop Dance Experience will be right up your alley. Can’t really pick out any particular flaws with the game that aren’t part of the dance genre itself, but at the same time, it doesn’t really stand out either. The visuals are pleasant, though a little distracting at the same time, and the music is pretty good for its genre. Don’t expect too much from this title, and you’ll have a good time going into it.