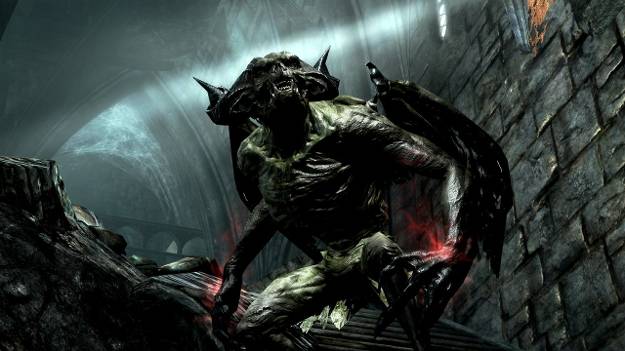 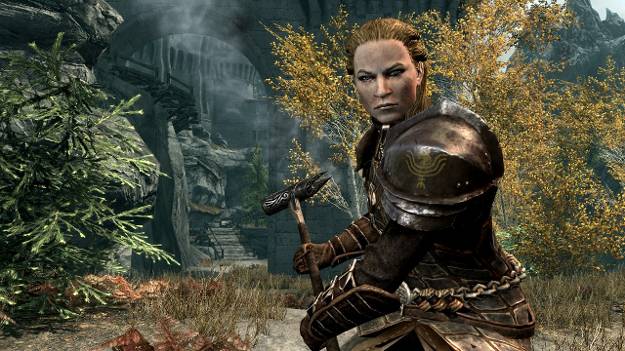 It isn't hard to say that Skyrim is one of the greatest RPG's that this journalist has ever gotten his hands on. In my all-time list of favorite games, Skyrim has managed to climb its way to the top and stand right alongside the likes of Chrono Trigger and Final Fantasy VI as my favorite RPG's on that list. All of these games share the same thing – impressive graphics, tight gameplay mechanics and a fantastic soundtrack. Now that we have DLC coming for Skyrim more of what the fans love is coming their way in full force, accompanied by lot and lots of vampires.

The demo we played at E3 started with the player standing before a female NPC named Serana, a female pure-blood vampire we have been accompanying for a time. She and the player have just located an entrance to the Soul Cairn, a layer of Oblivion that is home to the undead. It is here that she seeks out her mother as she wishes to stop her father, Lord Harkon, from using a pair of Elder Scrolls to blot the sun right out of the sky.

Entering the Soul Cairn we began fighting undead who posed little threat thanks to Serana's aid and our awesome new crossbow. When that failed taking our Dawnguard axe, and its ability to deal extra damage to the undead, to cleave through the skeletons picked up the slack. Finding Serana's mother in this desolate place she sends us off on a task with her daughter to destroy three soul batteries to drop the barrier to the Elder Scroll we are seeking while also giving us a bunch of plot points about this DLC. 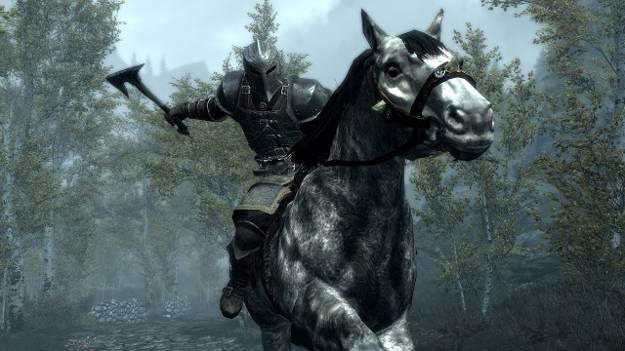 Making our way to each of the batteries we found them guarded by skeletons and a giant undead guardian. These guards were both incredibly powerful and quite fast making it hard to fight them at a distance. Even our axe and shield were unable to handle this guy as Serana provided only a momentary distraction and our spells and equipment weren't really up to snuff. That's where it came time to use our Vampire Lord form to tear this bone bag to shreds.

The Vampire Lord transformation plays out exactly like the Werewolf where your equipment poofs away and is replaced by the pure power of the new form. Also like the werewolf you can now move incredibly fast, in this case the lord sprints by flapping his wings and hovering just above ground level and really hauls his butt across the landscape.

As powerful as the form is that isn't what grabs the most attention, it's the special skills of said form. Where the werewolf only got the ability to detect life the Vampire Lord can improve his night vision, summon up a monstrous gargoyle or dragging enemies to you and then up into the air to choke the life from them. But that isn't all – there are a large number of abilities that will open up as the vampire lord gets kills while in his mutated form. Eventually he will become monstrously powerful but even then there are sure to be plenty of reasons not to let other NPC's see you like this. If all of this sounds unfair to those who love them some werewolves then don't worry – werewolf players will unlock new skills and abilities as they get kills in their furry form as well so that's getting a power boost as well.

All of this is apparently just a small part of a much larger campaign in this DLC that covers both those who side with vampires and the vampire hunting Dawnguard. Regardless of how you approach it there seems to be a whole lot of content to go along with this add-on to justify its $20 price point. Get ready to download when it releases this June.