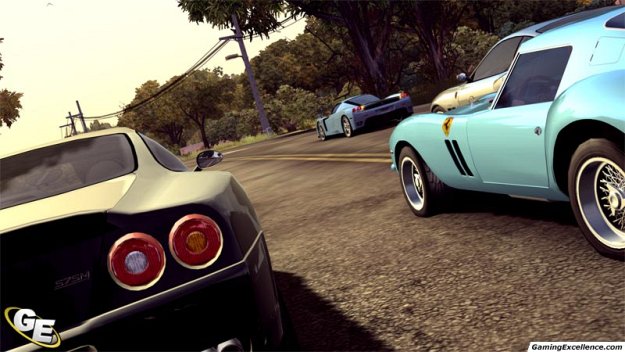 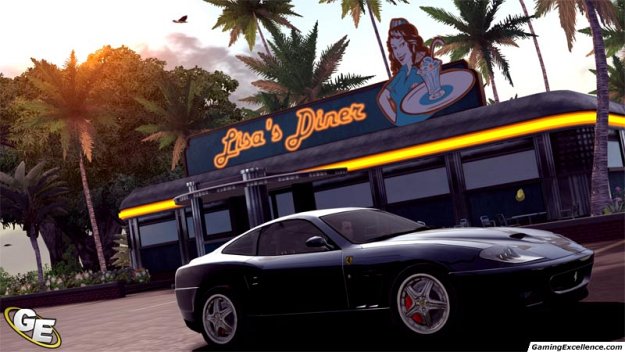 As someone who plays more video games than most, I get asked the following question a lot: "So like, uh, which is better, the PS3 or the 360?" It's a fair question and also a very annoying one. As a reviewer, the responsible answer is really: "They're really the same. It's the games that make the difference". So I usually get the follow-up: "So what's the difference between the regular Xbox and the new Xbox 360 then? Is it just the graphics?" Ah-ha! Caught in my own responsibly laid trap. But you know, the casual gamers out there have a point. They aren't as exposed to the systems and the games like the rest of us, so they simply see it as black and white. And they're right. Begrudgingly I have to admit that for all the extra processing power we've seen in this "next gen" of gaming consoles, things may look prettier but the gameplay is really still the same. We've even managed to take a few steps back; yes Mr. Madden, I'm looking squarely at you. So it comes as a breath of fresh air to see a game like Test Drive Unlimited hit the streets. While it certainly uses the 360 to look as pretty as possible, it's also part of a new breed of games; those that use the "next gen" hardware to change the way we play the same games. As a racing game, it's average. As an experience, both online and off, it's truly something we've never played before.

To get the obvious out of the way, I was truly worried about the car handling when I first got the game home. After playing both demos on Xbox Live, the second showing a drastic improvement over the first, I was still hesitant that I could spend a hundred hours driving these cars. Luckily, the final product has been tweaked just enough to make my previous concerns notwithstanding. While I still prefer the weight and overall driving control aspect of Forza, PGR3 and Gran Tourismo, the cars in TDU still offer the perfect blend between simulation (different cars do handle differently, all based on real-world stats) and arcade. The cars still feel heavy and responsive (not floaty like NFS:Most Wanted) but at high speeds, you tends to have to navigate (and swerve through traffic) using controlled breaking as opposed to pure momentum-based physics. Still, after a few minutes in any car, driving becomes second nature and the true beauty of TDU can be appreciated.

While MMORPGs are not new to the world, MOORs really are. Massively Open Online Racing may seem like a catch-phrase more than anything else, but it does equal to a truly great sense of community, rivalry, unity and kinship. Being able to share, in a racing game no less, an island filled with other drivers is a truly surreal experience and one that Atari and Eden Games have brought to life perfectly. While playing online (if you have Live, you'll join a server right after the introductory tutorial) you'll constantly see other real-life drivers cruising around, calling you out on challenges, driving in packs, racing each other for kicks, bumping into innocent bystanders (generally me) and having a great time. Want to complete some online challenges? Warp or drive (using a great mapping system complete with voice commands) to a specific race (all easily viewable and accessible from the "Google Earth-type" overhead map of O'ahu) and you're done. Want to see what type of challenges other racers have created and uploaded to the servers to make easy money? Warp or drive (you'll need to drive everywhere at least once) to a Diner and see what's new or what's hot. Feel like just uncovering the map and finding all the dealerships, challenges and just putting clicks on the Lambo? Go for it. Chances are you'll get sidetracked along the way with a rival race here or there, a few shopping sprees, a new dealership to check out and even more. The point is simply that there are tons of things to do on O'ahu.

Those without Live will still have plenty of content to chew through, and even get a "simulated" community to race with. The "live" cars will be replaced by A.I. controlled cars (and you'll see a lot more cops) but you'll still be able to challenge racers to races and cruise the island completing the numerous single player challenges. For the most part, these involve beating other cars to a finish line, attaining a certain speed on a busy stretch of highway or racing through various radars in the hopes of averaging a high enough speed. All single player challenges offer cash rewards and there are a few quick ones that you'll race over and over to build your bank account.

In TDU you'll not only need money to buy and upgrade new cars (don't get too excited, there are no tuning options or individual parts - simply three standard upgrades available for each car), you'll also need to buy houses (with garages) to house all those rides and a few dollars left over to pay all those traffic fines you'll rack up. And herein lies my first gripe with TDU; the cops are so annoying. While I generally try to drive everywhere without hitting anything (although your car never takes damage), sometimes you just want to have fun. Nick a car, you get a flashing badge that tells you there's trouble a brewin'. Accidentally sideswipe another car (hey, it happens!) and you have a full fledged badge at the top of the screen indicating that John Q. Law is now interested. Actually, it's probably Jane Q. Law (John's really hot sister) since I've always been pulled over by the same female officer. Anyway... once a cop starts giving chase, you have two options; watch the badge meter go up (to three) until you get nailed with a speeding ticket (the cost of which seems to depend on the number of cars you've hit and your Player Level) or head for the off-roads to lose the cops. That's right, the cops only stay on the road. The catch? You have to get back onto the road to start losing your badges. I think it would've simply been more fun, since the cops were already there, to actually implement them correctly. Think of it; you and some of your road-mates running from the law, fanning out to lose them only to meet back at the club later. Well, we can always hope that Atari and Eden tweak the issue a bit.

Aside from cars and houses, you'll also be completing single player challenges to earn coupons which you can redeem for clothes to outfit your avatar. At the start of the game, you'll get to pick between a few preset characters (which you can tweak later) which will be featured in every cut-scene. While this is a nice touch and there area lot of options for each character, they never looked quite right. I would have preferred tuning options over face-tweaking, but again, I suppose anything is possible in the future updates. As for the challenges themselves, they generally involve driving a supermodel to a certain location under a time restraint, taking a sweet ride from guy A to guy B with minimal damage, dropping a "package" off at a specific location, etc. While these aren't hard, like every other event in this game, the proper car is generally required.

TDU offers over 90 cars with the promise of new content to be added in a few weeks. What we do have initially though is the cream of the crop. From the Saleen S7, the Enzo and the McLaren F1 all the way to classic muscle cars and more "realistic" rides like the Audi TT, the Mustang and the 350Z. TDU also includes a handful of motorcycles but these feel a little tacked-on and while a lot of fun to zip around on, don't handle nearly as well as the cars.

Graphically, while many still herald PGR3 as the definitive car racing game, I'm starting to appreciate the little subtleties of TDU. Yes, the in-car views aren't as detailed, the cars probably don't have as many polygons, but for some odd reason, I couldn't care less. What really gets me is the island of O'ahu itself. Whether observed using the three zoom levels of the map or selecting a specific point and watching the map itself zoom in on your car, the island of O'ahu is an amazing place to view and explore. From the lush vegetation, the fields of red dirt or the busy urban areas (and airport), the island feels like a living thing. Sure there's no night, and yes there are no pedestrians anywhere, but it doesn't matter. Parking on the coast you can watch ships sail in to harbor, you can follow birds as they take flight and you can appreciate the lovely scenery recreated at dusk after a shower. Yes, it's a racing game, but it's the island itself that's the true marvel.

In the audio department, the game is mostly filled with car noises and the chatter of other players with headsets. There's also the helpful voice on your computer navigator to guide you and yes, while there is a radio with a decent handful of songs (from bands I've mostly never heard of, all of which are quite fine) you'll likely never turn it on. If you're playing on Live you'll likely be talking with your friends and if you're playing offline, you'll likely be listening to the Green Day (or insert whatever you prefer) CD you've ripped onto your hard drive. The car noises, for the most part, sound accurate and distinctive, but this is really less about getting the sound right and more about getting the right feel. And in this respect, TDU strikes a great balance.

While the Test Drive series is a long-standing one, I've often found myself drawn to their games after the fact. I'd play one at a friend's house and really like what I played, but I'd never keep track of the series more than that. When I first saw the TDU demo on Live, I downloaded it not sure what to expect. The racing was good, but it was the concept behind the entire game that truly piqued my interest. From that moment on, TDU was one of my must-have games of the year. I may not be the greatest car racing enthusiast out there, but what TDU deftly proves is that it simply transcends the racing genre with a simple, yet brilliant, marriage of easy gameplay, tons of events and options, and quite possibly the best "community experience" Xbox Live has ever seen. On top of that, Atari and Eden Games have proven that they are listening to what the gamers are saying and responding in kind. While the online aspect truly adds a completely new dimension to the game, Test Drive Unlimited, at its core, is simply one of those rare games that must truly be experienced by all.