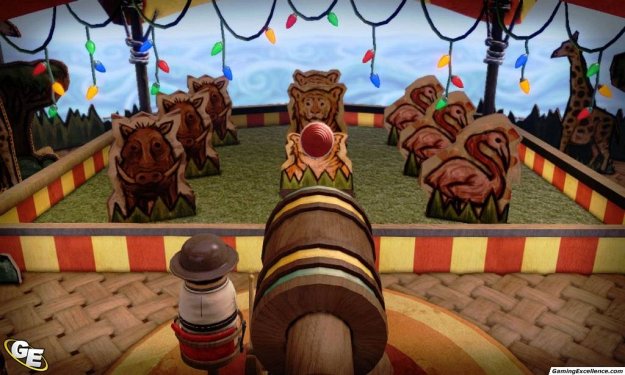 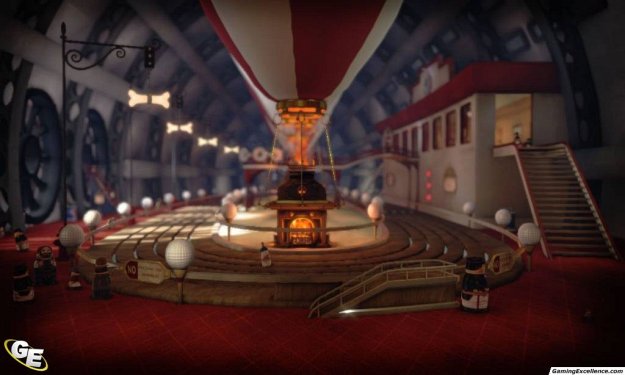 Tim Schafer isn't just known for being a good game designer nor is he just known for being a rather funny writer. No, the man is also some sort of insane genius when it comes to designing games. He manages to take some of the most bizarre concepts and turn them into games that are strangely appealing. With games like Grim Fandango, Full Throttle, Psychonauts and Brutal Legend under his belt he's shown that he can make games that blend humor and gameplay seamlessly.

Stacking is the story of Charlie, the smallest stacking doll who has ever lived. His small stature has given him the unique ability to "stack" with other dolls. This ability lets him hop inside of dolls who are bigger than him by approaching them from behind. He can then control these dolls, using their larger size and unique abilities to his own ends. This grants him a wide range of abilities from ordering other dolls around to simple pranks like changing dolls colors to some bizarre plaid coloring.

Charlie is going to need these abilities as his family has been kidnapped by an evil Baron. The Baron and his minions, a variety of Phantom of the Opera looking dolls, have your brother, sister and parents stuck doing slave labor (or just locked up) and the small Charlie is the only one who can rescue them.

To rescue them you will need to complete a number of objectives on each stage. This will clear the path to the exit to the level, allowing you to rescue a family member. An example of this is the demo shown during the THQ Gamers Week event. Charlie has to cause a mutiny of the four adventurers on a ship, prompting the ship to stop so he can get to his brother.

To do this he must find each of the four adventurers, find out what would make them mutiny against the captain and then cause it to happen. But each challenge, as these events are called, has multiple solutions that can be done at any time. So for example to get the hunter to mutiny you must get his safari game shut down. This can be done by causing a bike accident nearby, by taking over the right doll and ordering some dolls to move some scenery, or by sneaking into the hunters' room, stacking with his bear trophy and then rampaging around. Doing any of the four options will cause the game to be shut down and cause the man to storm off to speak to the captain.

Interestingly enough the game encourages you to explore all of the ways you can progress. After finishing a challenge you can immediately start doing it again until you find all of the possible ways to solve each scenario. This is all a lot trickier than it sounds since you can only stack with a doll one size greater than you. So you must find the right dolls to allow you to stack with the dolls that can solve the puzzles as you go through the game.

As a game reviewer you generally don't want to count your eggs before they're cooked when it comes to a new release but I'll eat my hat if Stacking doesn't manage to hook fans with its unique look and then drag them in with its immersive gameplay. But I guess we'll find out when the game lands a short time from now on both XBLA and the PSN on February 8th. The only barrier may be the $15 price point which may put off some potential buyers.