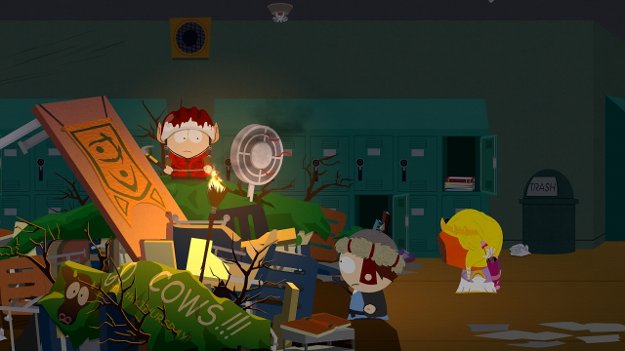 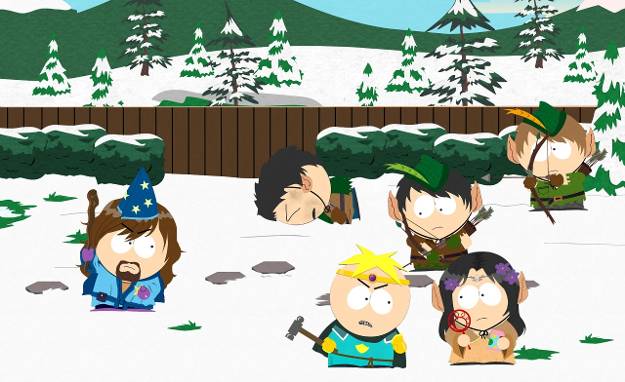 South Park:The Stick of Truth is a role playing game set in the awesomely irreverent world of South Park, Colorado; a magical land full of elementary school boys who engage in random high jinks made possible by the epic stupidity of their elders.  In this magical world of make believe is the Stick of Truth, an artifact that allows whomever holds it to control the universe.  And the elves and humans are in the middle of a war to control this artifact.  Here's where you come in; the New Kid.

In the interest of fair disclosure, South Park: The Stick of Truth will only be half as fun of a game for anyone who isn't a fan of South Park or who isn't at least passingly familiar with the series.  That being said, one of the most amazingly incredible things about this game is how well they integrated the culture of South Park in.  The Stick of Truth is full of all sorts of references and call backs to the show.  As soon as someone comes onto the screen you'll know who they are and approximately what's going on with them, though you may not know where they're taking it in the game.  In jokes are all over this game and it'll have you laughing the whole way through.

The environments are well drawn and very well done and they're beautiful to behold on the screen. It's like playing IN an episode of South Park.  Not an early episode, but a nice modern episode where everything is smooth.  And the graphics in this game run very smoothly, without noticeable hitches or glitches.  However, the detailed and beautiful backgrounds do have an unfortunate and unexpected side effect.  In some of the levels, it's actually very difficult to progress or get to items because it's hard to tell where your character can move.  Because of the ability to move on multiple planes on the screen, its sometimes hard to tell that you can move up on obstruction and down another, because they look like parts of the environment.  There was at least one area of the game where I walked back and forth for a while before I was able to progress, all because I didn't realize that the obstruction in front of me could actually be walked on and wasn't just background. 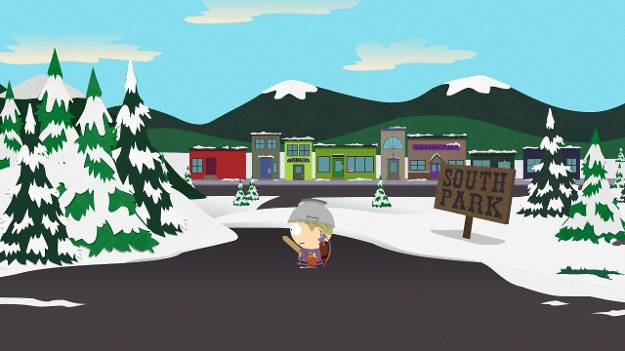 Granted, exploring is only part of the game; combat is a huge part of Stick of Truth and was actually very well handled.  When the combat was first explained, I was a little leery; it's turn based combat and you choose your weapon or ability, choose the enemy that you'd like to target and then have to follow button prompts to activate the ability or weapon properly.  The button prompts change based on the ability or weapon.  For some you have to button mash, for some you can choose which button to press depending on if you want a strong or weak attack.  For some of the magical abilities, you have randomly selected buttons that you have to press in a mini game that pops up on the screen within a certain amount of time in order to make the attack go off properly.  Each of these abilities were surprisingly easy to pull off, once you got the hang of it.

However, some of the enemies made it very difficult to perform moves on them due to their size on the screen.  Most of the weapon moves require you to push the required button when your button glints silver on the screen.  There were a few moves, namely the thieves backstab, that were hard to perform on large enemies because I couldn't see the glint because the enemies were blocking my view. 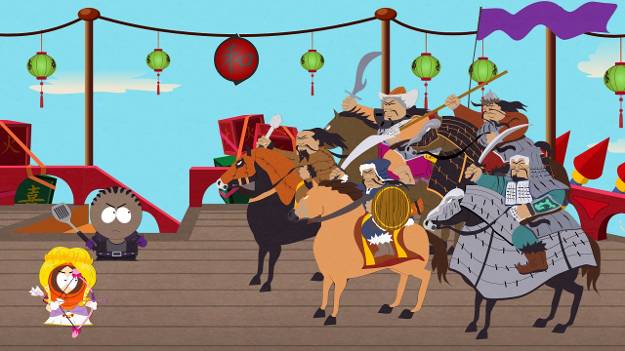 The actual difficult part to the combat though, is blocking.  There is such a variety of enemies in the game and such a variety of moves that they perform, that once you've gotten past a section of the game you're not likely to be facing the exact same enemies again.  And the blocking mechanism may be difficult to master.  It requires you to press the block button when a circle appears under either your character or your buddy, telling you that an enemy attack is about to hit you.  I struggled with the maneuver through the entire game, meaning that many of the fights became much more difficult than they needed to be because of it.

On the plus side, the combat system of the game allows you to use a potion each turn before actually attacking or using a spell. Every turn! It meant that every turn I could heal or use a buffer before attacking the enemy.  Those potions meant the difference between loosing and winning in several fights.  Another major plus was the Summons system.  Over the course of the game, you gain the ability to summon in some of the more well known characters in South Park to help you in battle.  They perform a devastating attack that essentially one shot wins the fight for you.  You can use them once a day and they can be very helpful if you're having trouble.  You can't use them during boss fights and you need to retrieve their special summons items each new gameplay day if you've used them, but it's nice to have the option to immediately end a bad fight if you don't want to engage.

There is an amazing repertoire of weapons and costumes, or armor to choose from.  As you progress through the game and level up you gain the ability to use better and better equipment, some of it with special abilities that assist you in combat.  You also pick up patches that you can attach to your weapons and armor that you can use to augment your equipment that make them even better. There's shock, ice, fire and gross damage (Ginger pubic hair, anyone?) that can be added to weapons.  You can make enemies bleed.  You can add bonuses to your equipment that allow you to heal at the end of rounds or that give you magic points whenever you kill an enemy or that make it so that you take less damage.  It's very customizable and allows for a large amount of possibilities.

Your character also has abilities that they can upgrade based on class and general abilities that they can upgrade based on the amount of Facebook friends that they've gathered throughout the town.  You can play a Fighter, Mage, Thief or Jew. Each of them plays a little differently and has four abilities that you can use as you level.  For example, the Thief has a backstab ability that makes the target bleed and the Fighter has an ability that can stun the ability and can eventually make them cower in fear.  Then the general abilities allow you to further customize playing style; for example, you can increase your overall health, or make it so that whenever you use a revive potion the recipient is fully healed instead of just being partially healed.  Each of these upgrades is critical to manage as you progress.  However, the game fails to warn you that there will not be enough level ups to fully upgrade each of these abilities.  Your character maxes out at level 15 and there are only so many Facebook friend upgrades you're allowed to get.  Meaning that you may want to save some of your class specific upgrades until you level up enough to access the upgrade for the skill you want. Otherwise, you may end up spending all of your points and never be able to fully upgrade class abilities that you want. 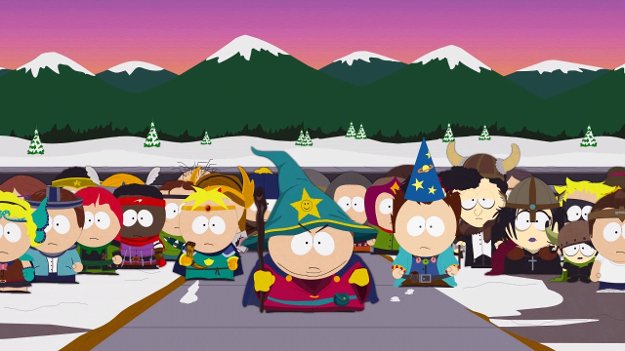 Overall, The Stick of Truth is simply an amazing game.  As I played it, I kept finding myself laughing as I progressed.  And even being a long time South Park fan and having personally seen every single episode at least once, I was still a little shocked at the level of depravity that the creators were willing to go to in the game.  The combat was actually fun, the story was incredible and I was blown away as I watched it unfold.  This is a game worth playing and enjoying every single detail; all the smelly pus filled warts included.