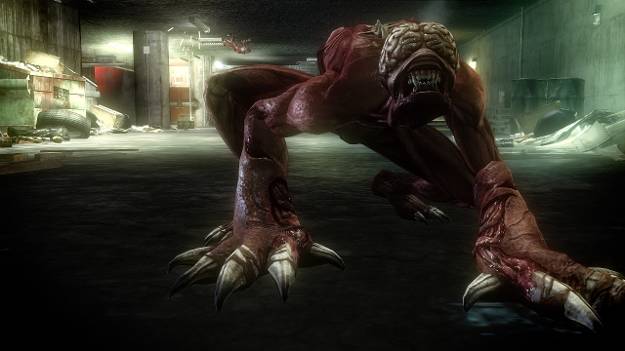 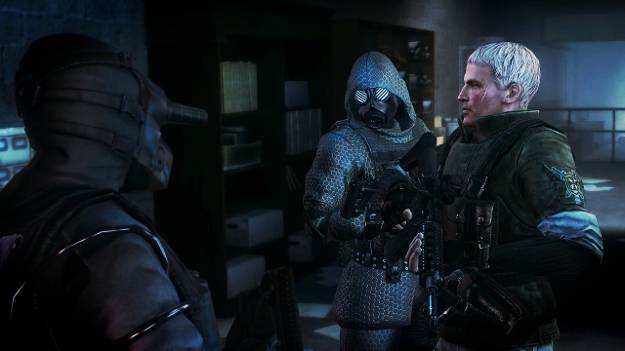 It sounds like an interesting concept: take the well-documented lore of Resident Evil, and show the story from another point of view, that of a clean-up team sent by the dastardly Umbrella Corporation into the throes of Raccoon City. What could've followed is a cool blend of tactics as your men work together with you to take on the horrors of the Resident Evil series as well as using conventional tactics to assault those who would stop you (you know, with guns).

The result, however, is less than stellar, with core elements of Resident Evil: Operation Raccoon City feeling lackluster. On one hand, it's neat to go through the game and see all the nods to previous elements in the Resident Evil storylines (and let me tell you, a tyrant in HD is a heck of a sight), the game itself is...well, dull. Many enemies take half a magazine or more just to take down; this is partly due to the pea-shooters you get equipped with, but also because the guns you have are as accurate as a potato. There are some good points in the game where you're given an open environment to outmaneuver your opponents, but for the most part you're simply playing whack-a-mole, where the moles have too much health and your hammer is made of jello. 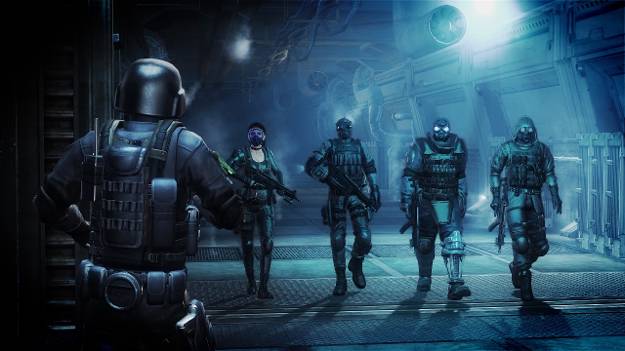 This might not be too bad if there was any real AI to speak of, but that's not present either. You can't give any orders to your teammates; it seems their only reason for existing is to get you to your feet when you've been taken down. Enemies don't really have anything to go for them beyond sitting behind cover and shooting. One neat feature, however, is how you can get zombies to swarm enemy combatants by wounding the enemy (which makes them bleed). So, a couple of bullets is all it takes for them to be covered with undead attacks.

The game is multiplayer-focused, so if you can get some online teammates to join up, it's certainly a lot more enjoyable. But again, with the lack of any real team-based gameplay, it's just four people playing by themselves, shooting enemies and only helping each other by reviving fallen teammates. There's no feeling of a team. Oh, and there's no split-screen gameplay either, which is disappointing.

Small features like this stand out, though feel like they should've been in a better game. Another example is that of Infection, where if you find yourself becoming too chummy with your mutant friends, you can find yourself becoming one of them, uncontrollably attacking your teammates. But for every cool little feature, there are issues, such as the previously-mentioned AI, or the bad controls, or the lack of variety in abilities.

You're given experience points for every mission, which can be spent on equipment and skills for each of the selectable members of your team. Get better guns, increase your (limited) selection of skills, and set a loadout before going to the next mission. Generally, though, you'll find yourself just picking up whatever weapons your opponents are using, as ammo is annoyingly scarce. 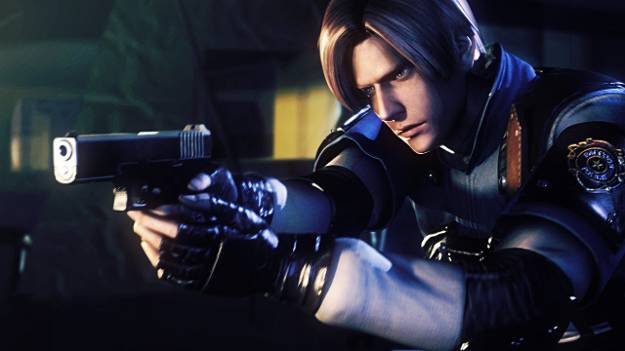 That's another issue that Operation Raccoon City has: it has a mixup of atmospheres, a mishmash of genres that aren't blended well. It's hard to feel like a survival horror title when you're a cadre of well-trained soldiers on a mission with guns-a-blazing and a melee attack that hits hard. Ammo is scarce, this is true, but running out doesn't feel like a worrying issue like in any other Resident Evil title, it just feels like another thing you need to overcome. A bit of an annoyance, nothing more.

The result is a game that isn't very good. The core gameplay mechanics are dull, the atmosphere is unsure of what it's supposed to be, and the characters you play as, typically a strong element of Resident Evil games, lack any distinct personality beyond the abilities they come equipped with and the one-liners they throw out in combat. The potential is there, but the game is lacking, and in the end, it fails to be a Resident Evil title worth playing through.