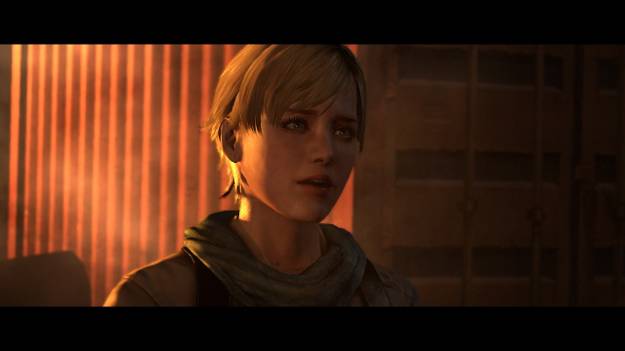 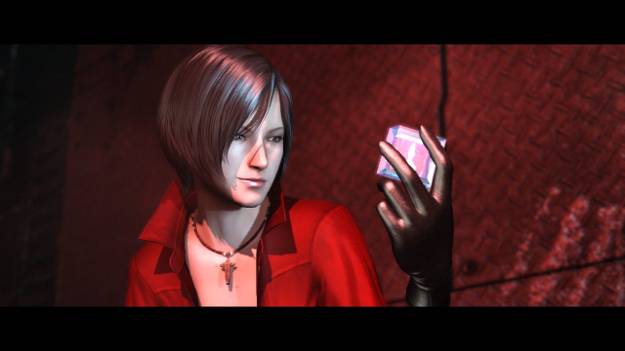 Resident Evil fans are a patient lot. Admittedly, the first game on the original Playstation was only the second videogame to ever give me nightmares. Since then, however, the series plodded along through some fairly horrendous diversions until it got to Resident Evil 4. Even 4, with all of its Game of the Year distinctions, was flawed. It was just fun enough to overcome those flaws.

Then Resident Evil 5 started mucking with the franchise formula by having zombies running around in large numbers in broad daylight... granted they haven't really been real zombies since the introduction of Las Plagas, followed by Uroboros. Those names cause me to recall the way Capcom shamelessly stamped on various cultures as Jill, Chris, Leon and friends battled their way through various zombie wannabes as they searched for... various things.

The Resident Evil games have never been super strong on story. They try real hard, but they work best when they're epicly stupid. That being said, the RE 6 team has created a pretty cool set up for their latest Japanese video game interpretation of Western action horror films. 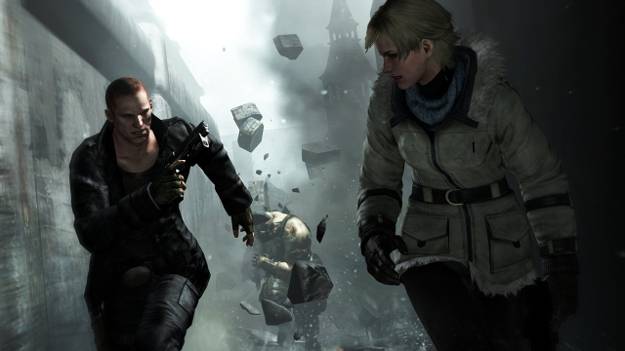 It seems like the scenario Capcom has been hinting at for a few games now has finally come to pass: an outbreak of Las Plagas... or the T-Virus or Uroboros or whatever... on a large, metropolitan population in China. Can the Resident Evil team be as racially insensitive to the Chinese as they were to Europeans and Africans?

Chris and Leon are both playable characters in the demo. Leon's level is a traditional survival horror deal, with lots of environmental events like lightning and chandeliers to startle you if you play with the lights out. He's teamed with Government agent Helena Harper.

Chris' level is more of an action game, running and shooting a lot of fairly silly-looking zombies... which did not look Asian. Alrighty then. Apparently parts of RE 6 take place in America and Eastern Europe as well. Chris' partner is a marksman named Piers Nivens.

The combo horror/action level stars Jake Muller, Wesker's son. Because it's not a good Resident Evil game if Wesker isn't crammed in there somehow. Jake didn't know his dad, and he's an every dude for himself kind of guy. He's partnered with Sherry Birkin from RE 2, which is a potentially explosive pairing, based on the history their fathers have together. Jake has the most badass melee moves of the three player 1 characters, harkening back to his biological heritage. This is definitely the RE 6 storyline I'm most interested in.

The different demo levels on offer demonstrate that Resident Evil 6 is trying to speed up the action in places while still keeping a survival horror feel. And characters can finally walk and shoot at the same time.

A few other fixes from previous games are quickly apparent. The inventory system is vastly improved from the 5th game, functioning on an X and Y axis design that sorts multiples of the same type of item easily. So weapons, healing items, and ammo, among other things, are arranged along the vertical axis. The various types of these items can be cycled through along the horizontal axis. So you can carry more than nine items at a time, and you won't accidentally use the wrong thing as easily.

The other change is to the quick time events, accurately labeled by Yatzee as "press X to not die". Instead of button pressing this time around, escaping a clingy zombie involves rotating the left analog stick quickly enough to beat a timer. It is soooo much less annoying. No guarantees there won't be any button-related "not dying", but obviously Capcom is becoming aware that this is frustrating without eliminating the concept completely.

Still, it feels like a Resident Evil experience, dumb dialogue, gore and all. Hopefully it will be more like RE 4, with angry dwarves trying to kill you with giant statues, and less like RE 5, which was generally lacking in memorable moments that didn't involve being swarmed by sub-bosses. Resident Evil works best when it gets the scares in without taking itself too seriously.

Oh, and Wesker makes an appearance. I'm still not convinced we're done with him.