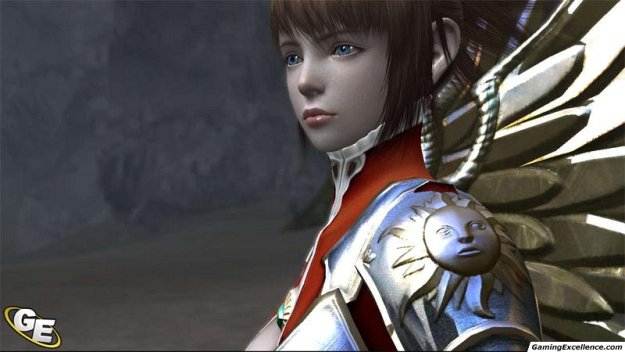 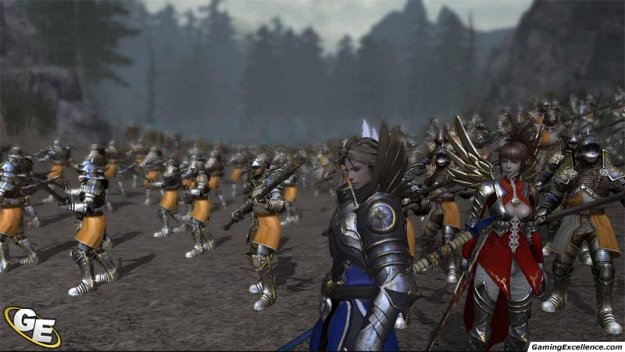 As we draw closer to November, we are rapidly approaching the one year anniversary of the release of Microsoft's Xbox 360. When we take a look at the genres of games that have been released so far, Ninety Nine Nights (also commonly referred to as N3) is the very first hack and slash to run exclusively on this next generation console. So, while Dynasty Warriors 5: Empires, another hack and slash game, was released early this year, it did not truly take full advantage in the power of this next-generation system. The N3 developers on the other hand, have produced the very first hack and slash that can leave you in awe.

In order to properly explain the big leap that the developers have taken for hack and slash games, we need to look back at the latest release of Dynasty Warriors 5 Empires. The Dynasty Warrior series is probably one of the better known hack and slash franchises in console gaming. Originally developed for the PlayStation, Dynasty Warriors gameplay was addictive and quickly caught the attention of gamers when a port was made for the Xbox years later. Due to limits in the power of the systems, only a certain number of enemy and friendly units could ever be displayed on the screen at once. The solution of the developers was to have the unit models fade out and disappear as you moved away from them, and fade in when you got closer.

N3 doesn't do this. While the PlayStation and Xbox could only muster up between fifty to seventy-five units or so, the 360 can show hundreds. Who couldn't feel a little bit of utter amazement as hundreds of enemy Orcs yell a blood lusting roar before charging down the hill at your position? No matter how you look at, compared to where previous hack and slash games have come from, N3 blows them all away.

The game takes place in a fantasy world where the Forces of Dark have risen up against the Forces of Light. N3's story center around The Orb, which created the Earth itself; but the prosperity that it brought was not everlasting. In a bid for power, an ancient demon of darkness covered the earth in eternal night, keeping the populace in fear until the Keeper of the Orb and his disciples rose up. With their combined power they managed to defeat the demon and return the Earth into the light after one hundred days of darkness, ushering in a new age. The demon was forever known as the King of Ninety-Nine Nights.

But even in this new age, peace was not destined to last; the orb was broken into two pieces, the Light Orb shard, and the Dark Orb. Upon the separation, Goblins eventually turned on the humans, throwing the land into total war, a war to be called the War of Division. With the aid of the Elves, the goblins and the Dark Orb were forced to retreat into the Forbidden Forest of the Lost. It was there that the Goblin King, the self proclaimed Master of Darkness, regrouped his forces and declared war once again, this time with the aid of many allies, including the Dark Elves and their abilities to control dragons. The forces of darkness and light are once again pitted against each other in a desperate struggle for supremacy.

When you first start up the game, you are only given access to one player, Inphyy. Inphyy is a female member of the Temple Knights, part of the human civilization that is fighting the goblins. As you progress through the campaign, you'll be introduced to other unlockable characters after her campaign is completed, six in total with one bonus character. Each character offers their own unique abilities and traits, whether it is magical attacks, or melee weapon types. Each campaign follows the character's position in the story, and you'll end up playing both sides of the conflict, as well as a part of a mercenary group.

As you play through the missions, your character will upgrade similarly to what you'd expect see in a typical RPG. This experience is earned by killing enemies, and there are a lot enemies that you can kill. At level one, you'll start off with a slot for your melee weapon, as well as two slots for any additional items that you pick up. As you level up, the number of slots will expand up to a maximum of five. These items have a variety of effects that range from increasing or decreasing both your personal stats and or the stats of your bodyguards.

In each mission you are given a squad of troops on both your left and right flanks in order to protect you and attack with you in battle. Bodyguard types include normal infantry, heavy infantry, pikemen, and archers. During missions you can order your bodyguards into either attack or defensive formation. When you order them to attack, they will rush the nearest goblin battalion and engage them. On the other hand if you order them to defend, they will pull back from any engagement and form up on your flanks. Bodyguard units can also be dismissed at any moment, but can also be reassigned later on. This is useful when you are trying to destroy traps without losing any of your troops.

In previous hack and slash games, such as the Dynasty Warrior Series, kill counts per mission usually totaled somewhere between two and four hundred. N3 breaks away from this with the ability to have hundreds of enemies on the battlefield at once, suddenly the kill count for missions soars up into the thousands. Hit combos are also incredibly high; sometimes it is even possible to achieve a combo of over 1000. This does sound a little ridiculous, but when you eventually get your hands into the game, you'll find that it is probably one of the most enjoyable factors to just start swinging your weapon into swarms of oncoming enemies.

When you kill enemies, you collect red orbs, which fill up your orb meter. When this meter gets full, you can perform an orb attack which is extremely powerful and deadly to enemies in the vicinity. When you kill an enemy with an orb attack, you can collect their blue orb, a more powerful version of the red orb. When you collect enough blue orbs, you can perform an orb spark, which releases an uber-powerful attack move. In the case of Inphyy, her orb spark captures the souls of all enemies surrounding her in a large radius. This is especially useful when you engage an extremely large horde of Orcs.

The graphics behind N3 are absolutely amazing, and kudos need to go out to the artistic team. The fact that intense battles are waged with a large number of troops on both sides is enough to win gamers over, but they didn't stop there. The graphics engine is fluent and the overall quality of the unit models for the characters is superb. You'll even be witness to dragons doing strafing runs over the battlefield, filling the area with smoke and fire. The one complaint that can be made against N3 is that the user interface is not fluid and straight forward as it could be. The main screen when you load the game up is rather interesting, but when you select an option, there is this ripple effect that occurs that is not only cause the game to lag momentarily, but also forces the game to take an extra few seconds to load up the inner menus. The other issue is the map system where you can see where you've fought previously battles, and where the current battle is about to take place. This menu is incredibly difficult to use if you try to move the map cursor and select a different location. To hit a previous mission location and bring the result is a very precise thing to do, and usually takes a few tries to achieve. With that said, these small issues can be forgiven once the player dives into the action.

The real area where N3 suffers is in the quality of the musical score. The music in-game is rather monotonous, and doesn't really ever change from beginning to end. While we could always play our own custom music, it doesn't give the same effect. The voiceovers, in general, are fairly well done, but during missions the characters don't talk, and only have text appear with a head shot at the bottom of the screen.

The gameplay in N3 is quite impressive, and compared to any other game, I've never seen anything quite like it. The action is always intense and the epic battles really make playing N3 a memorable moment. There are extensive combat attack lists that are very unique for each character and character traits that will cause the player to react differently in each situation.

Overall, Ninety-Nine Nights is an excellent example of the power of the Xbox 360 when compared to previous generation consoles. The graphics in-game and in cut scenes are dazzling with beauty. N3 is quick and easy to learn and is fairly easy to rack up the 1000 gamerscore if you are willing to try out and complete each characters short campaign. While it is definitely a great game, if you are not a fan of hack and slash games, it might be worth renting before forking out the dough. Ninety-Nine Nights is a highly enjoyable experience that you won't soon forget.