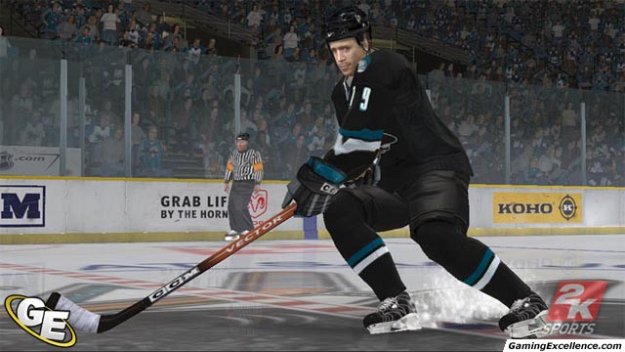 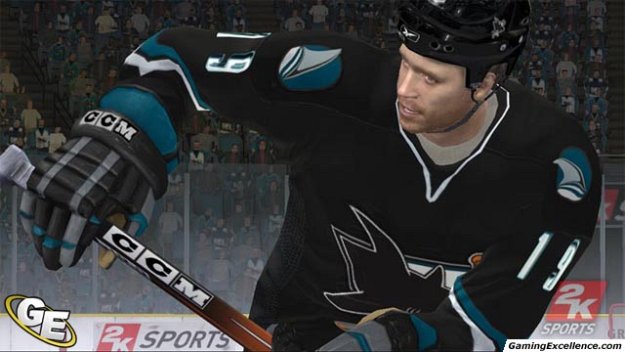 Hockey is more then a past time up here in Canada; it's a way of life. When the hockey season rolls around every year, gamers eagerly wait and see what each of the major hockey gaming franchises has to offer up, and this year is no exception. Both 2K's NHL 2K7 and EA's NHL 07 have been competing for a few years with a similar set of features, this year however they've branched down different paths, which is good for hockey fans everywhere.

I grew up with almost every version of EA's NHL series, and only a few years ago started playing 2K's franchise (then owned by Sega), it was a very refreshing change from the standard rinse and repeat constantly being put out every year. This time around, the two franchises have drastically gone in different directions, EA taking the more 'simulation' route with the stick control, while 2K going more of the traditional arcade style. While both offer up something new, I'm not sure which one will win out long term. I wouldn't underestimate 2K's series, as the new Cinemotion effects truly bring the experience to life, while sticking with the formula that's been so successful over the years.

So what is Cinemotion? The concept of Cinemotion is an engaging in-game experience, with a dynamic close-range camera that moves depending on the situation. On face-offs, the camera moves in close (while still panning above the players), and when the puck drops it moves back to a low parametric angle, panning up and down the ice and rotating left and right slightly depending on the situation. I find that this not only adds to the overall experience, it allows for much more beautiful setups on some plays, with the illusion that you're almost at ice level. The broadcast score in Cinemotion is also different from that of previous outings, more action-based dialogue, something of which you'd expect to find in a movie rather then in a traditional game. My only issue with Cinemotion is the lack of replays, when I setup a beautiful drop-pass and one-timer on net, I'd like to be able to relive that moment for a few seconds, and this one doesn't seem to offer that ability without explicitly going to the replay mode. All in all, the Cinemotion seems to work, and aside from a few much needed tweaks, it's a welcome addition to the series.

If you're not a fan of Cinemotion, you can always go back to the traditional broadcast perspective. With commentary from Bob Cole and Harry Neale, the sound effects for the most part are well presented. During the game, you'll hear the coach ordering out line changes from the bench, or teammates calling for the puck on breakaway attempts. After the whistle, you'll hear your players quietly comment on the game, about a recent penalty or goal. This on-ice chatter adds to the cinematic effect, while bringing a touch of realism to the series that you wouldn't traditionally find in a television broadcast. Other sound effects, such as the skating and shooting are pretty standard, and the musical score, while it works, is nothing to write home about.

The game offers the traditional modes found in the series, enough to satisfy any rabid hockey fan. Season, exhibition, party mode, mini-rink, pond hockey, and the skybox where you can play trivia, mini-games, and unlock extras such as vintage jerseys have all returned. The variety of game options and especially the party games haven't changed a lot, but still one of the highlights of the multiplayer modes. Franchise mode is back, and new additions such as rivalries and the more 'emotional' part of the game are present; it's one of the deepest franchise modes I've ever seen. The online play is where NHL 2K7 really scores a beauty goal. This is without a doubt the most online-complete hockey release to date, the simplicity of finding an opponent, filtering opponents based on skill, and the in-game rankings offer up a wealth of information and many hours of great play.

Gameplay wise, NHL 2K7 feels different from previous outings, you won't find any overly drastic changes. This time around, the on-ice skating has been improved; players can no longer pivot on a dime when at speed, and the control precision seems to have a better feel. Stick and puck control have also improved offering up better support for drop-passes and a few other advanced techniques. The goalies are harder then ever to beat, games are often fairly low scoring affairs as it usually takes a really sweet play to get the puck past the net minder. Essentially, one-timers are your best bet, as with the improved goaltenders setting up deeks and other passing plays is a huge challenge. In fact, the best games I've found so far are ones where the one-timer difficulty is turned up, as it adds a challenge of finding other ways to beat out the goalie.

Other elements, such as crease control and on-the-fly coaching are back from last years outing. Crease control, where you strap on the goalie pads and step into the skates of your goalie from a third-person close up view is an interesting design, but loses its appeal quickly. On-the-fly coaching however is one of the better elements, using the D-pad you can quickly give instructions to your players, to collapse in front of the net when the opposition is pounding you with shots, for example.

Graphically, NHL 2K7 looks very solid, though not the best looking game on the system is presents itself well for a hockey game. Some of the sloppy in-game cinematics are back from last year, but the variety of moves and attention to detail in the arenas is quite impressive. The ice looks great, but is still too shiny (2K take note, ice doesn't reflect that much light), and the trails from the skates and dynamic crowd animations are a nice touch. Overall, the graphics in this series finally feel next-gen, wherein NHL 2K6 looked more like an Xbox release rather then a full-fledged next-gen release. Adding to the experience, the Cinemotion effects really add a lot of emphasis to the graphical effects. Although it's nothing groundbreaking in its graphical presentation, NHL 2K7 is nothing to shy away from in terms of its visuals.

My biggest complaints are with a few of the sound effects, several gameplay quirks, and a more serious flaw that you'll find in multiplayer matches. Penalties are really difficult to come by in this one, in fact it's one of the reasons I really define this release as an arcade game rather then a simulation. A few of the sound effects could also use some work (a la the goal horn in GM Place - something I surely hope is fixed for next year as the current horn makes my ears bleed every time the Canucks score). Crowds also feel as if they've been muffled, a real hockey crowd knows how to bring the arena to life, and NHL 2K7 feels a little flat in this respect. The biggest issue, many of the multiplayer matches simply end up in body checking competitions where the player with the puck is the last man standing. Opponent has the puck, send him flying and steal. Likewise, your opponent can do the same; at this point it depends on timing and being the last player to deliver a hit. In the real NHL, that's called interference, but since penalties are virtually nonexistent (as mentioned previously), it becomes a really serious issue. While enjoyable at first (and it's still fun to play later on), a more skill-based approach would have added more longevity to the multiplayer aspect.

Aside from this, my only other issue is with the menu system, and is a similar problem in NBA 2K7. The menus not only seem convoluted, but are very difficult to navigate. Game setups take longer then they should, and if you want to use custom settings, it's a major hassle to configure and save them. Getting prompted to save settings at the end of every match is a quirk I could live without as well. Once you get used to the menus you'll pick the ins and outs, but a total revamp would be really beneficial. While it looks nice, functionality is a key in this respect, and it doesn't deliver well.

In the end, I've got very mixed feelings about NHL 2K7. On one hand, it's a big leap from NHL 2K6, the Cinemotion greatly adds to the experience, and it's a heck of a lot of fun to play. On the other hand, it's got a few noticeable gameplay flaws, and a lot of competition this year. On its own, NHL 2K7 is a very enjoyable hockey game despite its shortcomings, and should be on the shelf of any serious hockey fan.