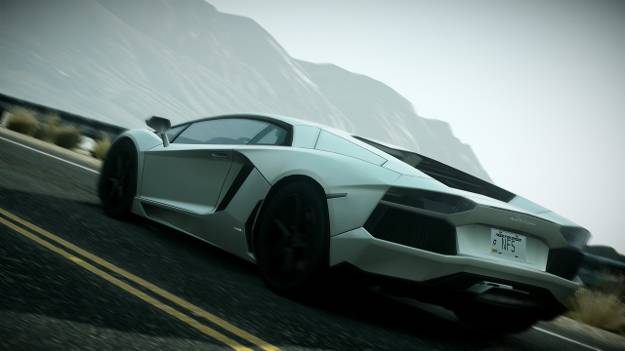 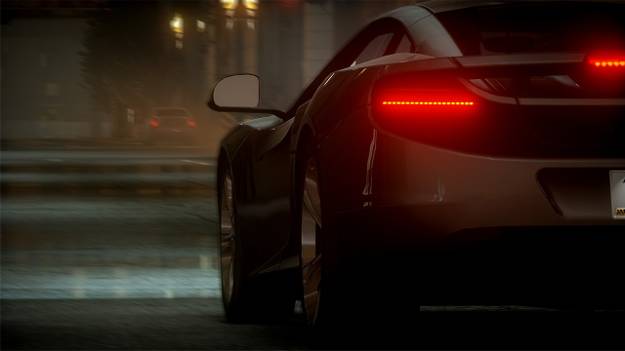 I hate to start off this review with such a harsh tagline, especially since I've been a fan of the Need For Speed franchise for so long, but the comparison is just too painfully obvious to ignore. NFS: The Run is the latest game in the long running series, and before I go too far down the rant path, I must first state that it's a decent game. But to frame it bluntly, the overall series is like a kid who does pretty well in school, and The Run is the point in that kid's life where he cheats on a final exam.

It's true that the premise is an awesome one, thanks to the incredible variety of landscapes and road conditions offered by the geography of the USA. I guess if you're going to copy an idea, it's a pretty good one to pick, but so blatantly rehashing a game under the pretense of being "new" is a concept that should have been left in Hollywood. I can only hope this doesn't mean the gaming industry is also running out of ideas.

I can forgive the premise, but what really has me irked and is the main problem with this game, is the lack of substance. Take away the copied idea and you're left with the same crap that's in every other racing game out there. Sure, The Run looks very pretty, but I expected a lot more from a series that's been around for 17 years. Yes, it has changed hands a couple times and has been all over the map in the racing genre, so it's not as easy to build on as, say, any of the EA Sports franchises. But this isn't EA Black Box's first go around the track, having earned the credit for almost every memorable title in the NFS series.

And that's really what's wrong with The Run. It doesn't fit in the series. The most memorable titles were the ones that had the most to offer. I kept playing NFS3: Hot Pursuit and NFS: High Stakes regularly for about 3 years until Underground came out, followed by Most Wanted and Carbon. Each one of those titles improved on the previous, and each one had something new and exciting to offer. These were also all developed by EA Canada / Black Box. The Run is easily forgettable in comparison.

The sad part about this whole thing is that NFS: Hot Pursuit, released just last year by Criterion Games, was much fun in its own right but was lacking in the single player mode. The multiplayer saved it, because having nothing but a large set of challenges isn't enough to keep a player interested for long. In contrast, a single player "campaign", however weakly storyboarded, is really the only thing The Run has going for it in terms of game modes. Consider that Black Box has apparently been developing it for about 3 years, so did they just never talk about the direction of the franchise with Criterion? Maybe that's no fault of the developers; EA, as the publisher and owner of the IP, should have managed it better. Regardless of how this mess came to be, the only way these titles really deserve to wear the NFS label (the fault residing mostly in The Run's corner) is if you find them packaged together in a 2-for-1.

The reason The Run still manages to hit a decent score is that the execution is almost where I wanted it to be. Its faults are almost all in its conceptual design. It's as if the programmers and artists walked away from the drawing board, thinking they needed to salvage whatever they could from this inevitable train wreck. And salvage they did; the execution is excellent and it's the only reason why this disc will be spared the ol' dusty shelf treatment for a little while longer. The fact is that the basic implementation of the game is still better than a lot of the riff raff out there.

First and foremost, the driving portion has the arcade-style feel of the classics, and while it doesn't take itself too seriously, it's less over-the-top than Hot Pursuit. Black Box nailed this one down a long time ago. The most remarkable thing about this game is in the scenery. It's incredibly detailed, visually stunning, and near glitch free, and it's fairly difficult to pick apart the scenic elements that repeat themselves unless you're really not paying enough attention to staying on the pavement. There's also more than enough variety in the environments to keep it interesting all the way to the end of the campaign. The car models aren't quite as detailed as in the Forza's and Gran Turismo's, but they're damn well close enough and they all have visual damage modeling that more than compensates for any lack of minute detail. I'm a huge fan of the first person in-car view in racing games, but much to my chagrin and surprise, there isn't one in this game. This having been such an important and talked about feature of NFS: Shift (developed by Slightly Mad Studios), I have to ask "WTF, EA?" They seriously have to get these guys talking if they want to keep the NFS franchise alive.

The campaign mode does what it can to stay interesting. Instead of constantly challenging the player to finish first, they mask the objective in different ways, including asking you to catch up to rivals that ran you off the road, and saying that you need to gain X-many positions before the next checkpoint lest you be eliminated from the race. And then there's cheesy button mashing sequences (the often-called "Quick Time Events") that have somehow made their way into just about every game. Am I the only one that thinks the fit for these things is about as fickle as SIXAXIS features? In between races and button mashings, there's somewhat annoying loading times, but the actual time spent NOT driving is really minimal when you think about how most other games have you navigate menus to get back in a car. Even changing cars doesn't require a real menu; you just drive into gas stations along the way and the vehicle selection comes up. At the risk of sounding picky, I'd just ask for a progress bar next time.

When you're done with the semi-sad excuse for a main attraction, challenges await you. These basically take you back to different variations of the same tracks, with different scenarios and vehicles. Yawn. I've been through a whole Hot Pursuit of these things already. What's worse is that after going through The Run in performance vehicles, they expect players to start the first challenges in a run-of-the-mill VW Golf. I'm so dejected by this, I can't even be bothered to write complete words. OMFG Srsly? YHGTBKM. Conceptual design epic fail.

The Autolog is back, the bragging rights feature that's been around for a few iterations now. I don't know if anybody is actually still impressed by this thing. It was nice to brag to friends the first or second time, but I don't know of too many people that are so closely skilled in this specific gaming genre to care for very long. Most of the time, this is just useful to tell those 14 year old ill-mannered online trolls to suck my tailpipe, but they don't stay "friends" very long. Was it really worth the effort to build this thing?

Ultimately, the actual driving part of this game is fantastic... which is a real shame, considering everything else failed to retain my interest for more than about a dozen hours. I'm sorry Black Box; I love the franchise but this is a major let down.