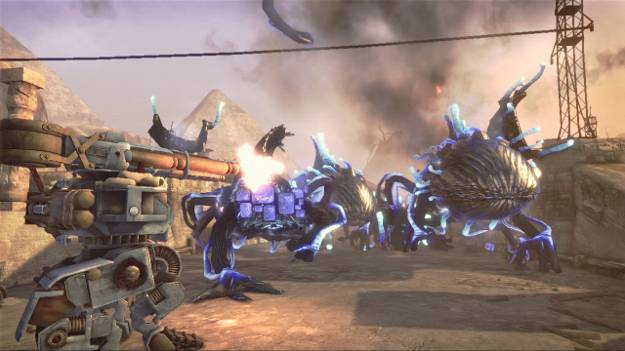 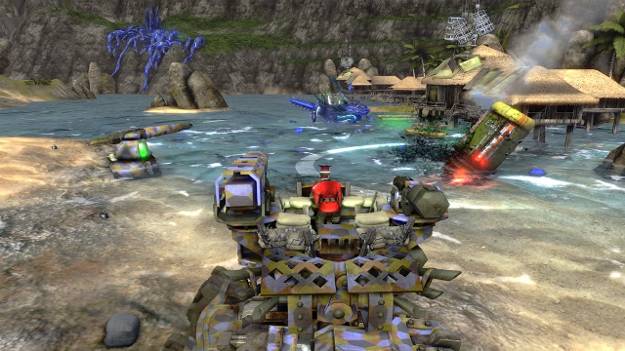 Double Fine returns to the alternate history of the Iron Brigade (Once called Trenched) series with its latest DLC. Nothing big has really changed with the series except the principal location. Rise of the Martian Bear is still the great action of Iron Brigade will a couple of new weapons and some extra levels.

First and foremost, let me say that this DLC is not for newcomers to Iron Brigade. This is definitely for players that have already bested Vlad once before. The DLC won't even give players any indication that it has been downloaded until you have completed the campaign. Once you have, you are greeted with the tale that Vlad was defeated and that the Broadcast had ceased....or so you thought. You are now getting transmissions that The Broadcast is now coming from the Red Planet, Mars, itself. You must once again mount up in your Mobile Trench and take to the stars to put an end to it once again. 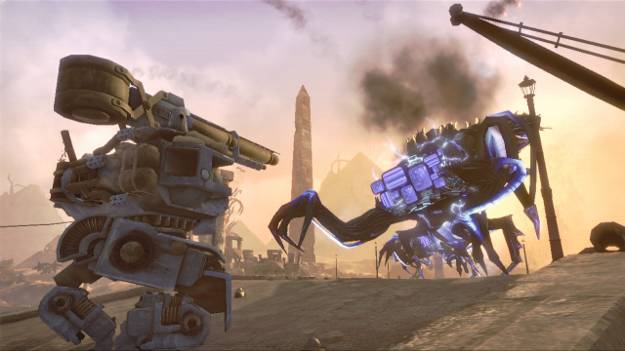 With this DLC, you are given five new levels on planet Mars and a slew of new equipment to customize your Mobile Trench with. The new weapons really capture the new space-vibe of the 1950s style that the game totes. Laser weapons have glowing glass bulbs on them and some even have giant lenses attached to them. Some of these weapons are for the more advanced players as I didn't even meet the level requirement even after completing the new missions.

Rise of the Martian Bear does not hold player's hands. Since it only starts up once you have beaten the campaign, it assumes you still remember how you play the game. And the Monovision Menace assumes you never took a break from the fight. From the get go, the DLC is quite difficult. Playing alone without the right equipment is near impossible. By myself, I was barely able to complete the first level and by the second level, I was quickly out maneuvered by the Monovisions.

Aside from the new story missions, the DLC also includes new maps for Survival mode, where endless waves of enemies keep coming at you. (The survival mode came when Trenched relaunced under the name Iron Brigade)

Rise of the Martian Bear is basically just more Iron Brigade. There is quite the number of new loot to collect as well as more maps to play on. However, the game is still exactly the same as it ever was. If you enjoyed it before, you'll still enjoy it now. With this DLC, it is imperative that you don't go it alone or the Monovision Menace will overwhelm you in no time.