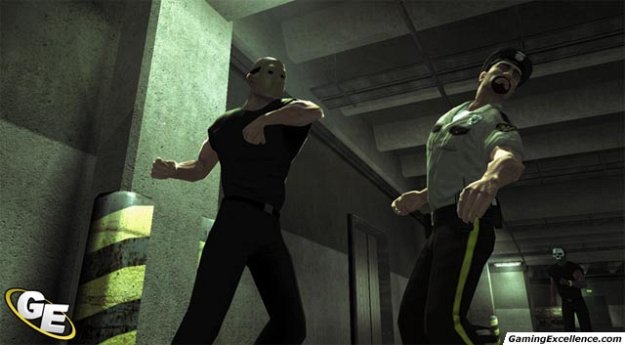 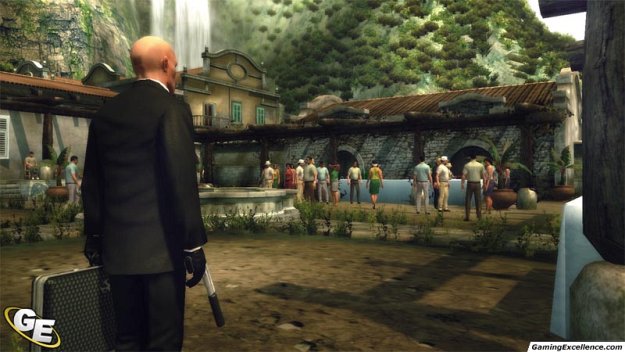 The latest instalment of the Hitman series comes two years since its previous incarnation, and this time, Agent 47 is back and as lethal as ever. Contract killing is the art of murder, to knock off in a subtle or apparently accidental fashion, or simply letting the lead fly, and the Hitman series masters it perfectly. Simply put, this latest addition into the series is nothing short of an intense and unforgettable gaming experience.

Hitman Blood Money is played from the perspective Agent 47, a human clone that is being contracted out to perform a variety of assassinations. The plot is developed in between missions while the contracts are pretty much just that. Contracts. The story begins in the present day with a scheduled meeting between a reporter and government official. The official is telling the story of Agent 47 and is trying to prove that the Agent 47 myth was real by referring to previous incidents where he was suspected to have performed a job.

As can be expected, a stealth-assassin style of gameplay typically follows the standard "here's your target, eliminate it" mentality. To mix things up, the missions that Agent 47 undertakes occur in different locales, but also with different types of targets. Sometimes you will be going after a politician and other times you will be trying to kill a gangster who is being protected by the FBI. This change of styles keeps the game interesting, and since the locales and the people in it are so different, each level requires a different sort of approach. Take for example this one missions called Murder of the Crows. In this hit, Agent 47 is required to eliminate three assassins before they can eliminate a politician. The trick with this level is that the hit is occurring during Mardi Gras, which therefore eliminates the opportunity to deal with the assassins in anything but a dark alleyway. Most missions are fairly straightforward, but the occasional one will also come with some additional mid-mission targets.

Agent 47 has access to only five weapons at the beginning of the game, but these can be upgraded as he earns money from his contracts. The five custom weapons have their own special purposes for different scenarios. The pistol and the SMG are the best weapons for close combat situations, especially once the silencer upgrade has been purchased. The assault rifle and sniper rifle have the advantage of being equipped with a scope, but their size and weight make them impossible to conceal. Finally, the shotgun is the weapon of choice for the trigger-happy psychopath that lives across the street. As Agent 47 completes his assignments, he more often then not, picks up a few additional firearms along the way. If he completes the mission without dropping them, these weapons become available for future hits.

There are also a different variety of methods of eliminating a target, or a civilian, or guard, who is in the wrong place at the wrong time. While Agent 47 could simply use a firearm, he does however have access to stealthier, and totally cool, up close and personal ways of eliminating a set of wandering eyes. The weapon of choice is usually the piano wire. The piano wire is completely undetectable by scanners and is completely inconspicuous until the wire is tightened around both hands to perform a kill. Agent 47 also has access to syringes that can be filled with a variety of different poisons, ranging from instant-death poisons to health boosts. Another option is simply using hand-to-hand combat. While this choice is definitely a stealthy choice if used properly, it tends to cause a lot of blood to be sprayed across the scene. Depending on the difficulty setting, guards tend to notice the blood on the ground, even if the body is hidden.

While all forms of intentional murder are all well and good, sometimes the number of witnesses makes it difficult to perform a hit. This is where staging the hit to appear to be an accident is usually the best option. Whether it is having a chandelier drop on their head or simply pushing them over the side of a cliff, all of these deaths have the appearance of a simple accident.

Once Agent 47 has completed his mission and escaped the scene, you will be presented with a screen that shows your statistics. There are a couple of really important stats that need to be checked after each successful job. One such is whether or not Agent 47 was caught on camera. This is potentially the most deadly situation, because it can shoot your notoriety through the roof. Depending on whether you are caught on camera and how many witness there were, will determine how much your notoriety will rise. This notoriety level is linked between missions, so it is best to try and keep it as low as possible. You are also given the opportunity to spend some of your hard earned cash to bribe witnesses, the police chief or even to purchase a new identity. This will lower your notoriety depending on the option chosen. The final post-mission evaluation is the viewing of the front page of a newspaper. If enough information of Agent 47 has been gathered, a sketch will appear right in the middle of the page. As more and more witnesses start giving evidence, a clearer picture of yourself will start to emerge, so it is best to make sure there is no witnesses when completing a job. Thankfully, you can go back and play any mission again, and the game will take the best results.

While the graphics in Hitman Blood Money are not jaw-dropping, there is enough minute detail to make the game very visually appealing. Characters will turn their heads to watch you walk past, and guards will sometime even start talking on their radios if they think you are a suspicious person. However, the most impressive thing about the graphics for Hitman is the attention to detail for each mission. Whether it is a wedding banquet or simply Mardi Gras, civilian and guard models are all different and match the locale. They even have appropriate weapons. For example, FBI agents have different weapons to the average hillbilly with an itchy trigger finger. The cut scenes between missions are also well rendered, and the quality of both graphics and storyline, help to make it a more seamless experience from mission to mission.

There are three things that really stand out in the audio department, the first of which being the opening cinematic. While it was not necessarily that long, the accompanying music is so eerie that it makes you wonder what exactly is the purpose, or whether it has some metaphorical meaning. Either way, the musical score for Hitman, is well done and fits with the style of gameplay. The second thing that stands out is the attention to detail with sounds that come from across a room or behind a door. You can even hear the footsteps of a guard climbing a metal staircase in the next room. The third and final point is that Hitman Blood Money has an impressive cast for voiceover acting. Agent 47's actor has just the right verbal feel to him that makes him sound like a hired assassin.

Overall, Hitman Blood Money is not a game for the faint of heart. While you won't necessarily see a character's head get chopped off, there is enough blood and violence to make some people nauseous. The game's best qualities are not just technical, but the gameplay mechanics are what will win you over. Each mission is so open-ended, that the replayability is absolutely endless. So if you are looking for a great game to add to your collection that you will actually enjoy playing again and again, Hitman Blood Money is definitely a good choice on any platform.