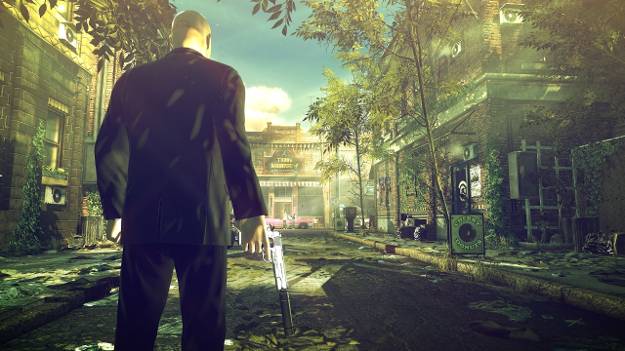 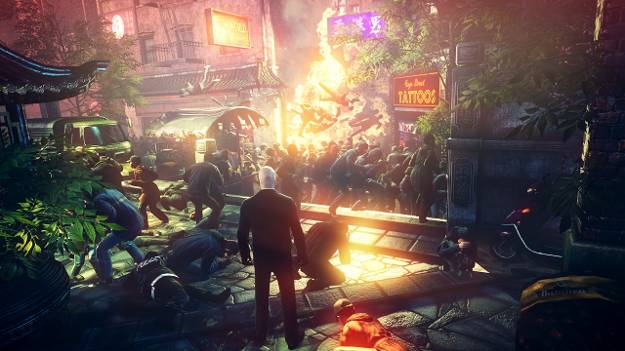 For me personally the Hitman games have always been kind of hit or miss. The initial game was a short bit of fun but it was absolutely frustrating to play due to the uneven difficulty and lack of checkpoints. From there the games got better but glitches, bugs and a number of annoying missions generally kept me from playing those games more than just as a casual distraction. But Hitman Absolution looks set to pull me in as I've already got my pre-order at the ready.

At E3 we had the chance to sit down and watch a video trailer before getting our hands on the game itself and both of these were enough to get the blood pumping. When a trailer starts with a CGI cutscene of Agent 47 gunning down a whole bunch of fools with his double silverballers you're off to a great start.

From that point it moved to a gameplay trailer that takes place later in the game. In the level titled Streets of Hope, taking place during Act 9, 47 is hunting a girl named Victoria. His only lead for this girl is a man by the name of Dexter, a member of a gang called the Hope Cougars . To get back on trail he's going to have to take out five people and kidnap another in roughly about forty minutes or so (although the guy at the demo did it in 20 minutes). Luckily there are a wide variety of ways to handle this situation so you've got a lot of possibilities when it comes to dealing with these fools. 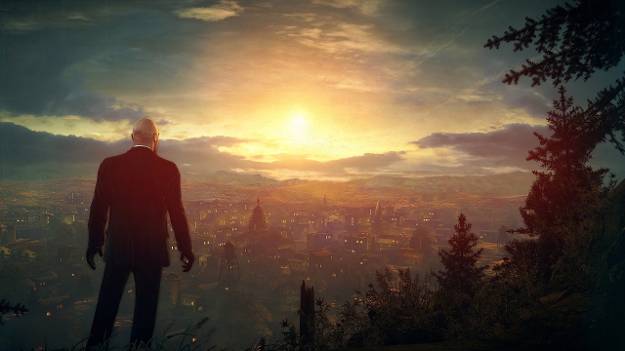 By and large one of the most noticeable changes to the game is that it of Instinct. Activating this vision mode turns on something similar to Detective Mode in the recent Batman games. Civilians are mostly blocked out while non-hostiles are colored yellow and mission targets are colored red. In addition to this it will show you enemy patrol paths, hiding places and other objects that can be interacted with. It's a great way to keep track of all of your options which is especially important considering that the areas are jam packed with civilians. We're talking about Assassin's Creed level of jam packed civilian streets so you've got plenty of witnesses to be mindful of.

The demo went on to show Agent 47 disposing of people in a rather interesting variety of ways. Using a radio to distract a cashier and then choking a fool with a garrote, tossing a guy off a roof and setting off a gas tank explosion near him and dropping a car shop lift down on top of a last unlucky soul. According to the developers these are just a few of the more expedient ways to handle these enemies. If you find yourself penned in by the enemies a good disguise and using the 47's new ability to blend in and slip past even the most alert of guards to get to your targets or escape.

This freedom of murder was only further on display during the hands on demo part. While most of the journalists and regular gamers in attendance pulled out their guns and just started firing willy nilly this was a bad idea. It might get the target and his guards dead but the police keep coming for you and the crowd really gets in the way of clean shots. Instead you find one of the other ways to dispose of him, like knocking him out in a corner and then executing him or, my personal method, wait for him to go urinate in a corner and then drop a shipping palette on his head. All done and silently at that. Supposedly there are a number of other ways to handle him that are just as stealthy but a little trickier to pull off. 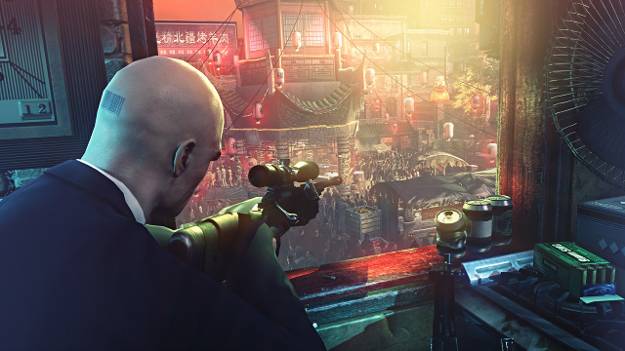 In addition to that we've got a mini-map, a very informative heads up display and a system of dispatching large groups of enemies with your gun a la the Mark and Execute system from Splinter Cell Conviction. These all come together to create an incredibly compelling package and with the option to turn off all the help and just do it old-school style it will feel like a real Hitman game to the purists out there. Look for Hitman Absolution to hit consoles November 20th this year. If you're really eager to play it then you can preorder the game and receive a mini-game called the "Sniper Challenge" that has a surprising amount of replayability to it.