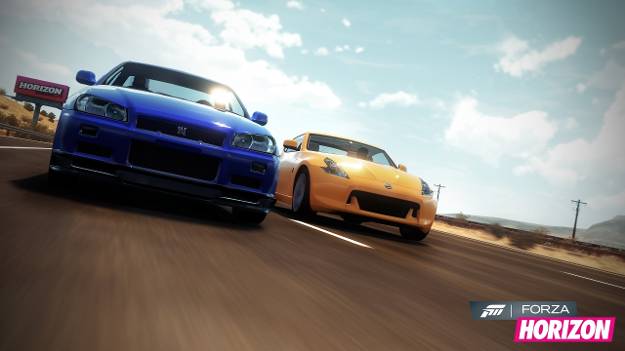 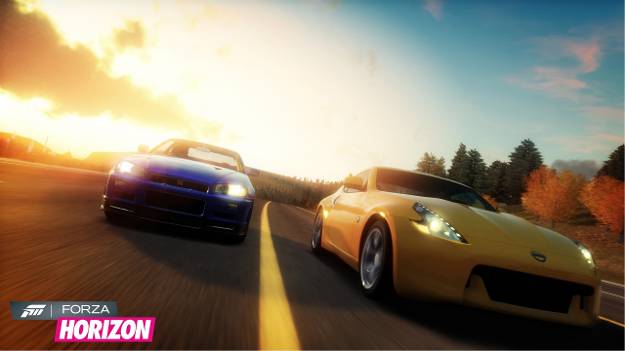 Forza is a game series that has had a very long standing and a very dedicated fan base. Typical Forza games focused around standard track racing. Horizon has changed things up a great deal from the standard formula. Welcome to the Horizon festival, a celebration of cars, music and culture. Horizon gives you a large open world to explore, and race in.

Forza Horizon does some very new things. Never before has a driving sim and an arcade racing game met so perfectly. On one hand you have the real world car physics and racing of Forza, but with an open world and street races like many Need for Speed titles. Every car feels so distinct and just like it would were you to be behind that wheel in reality. 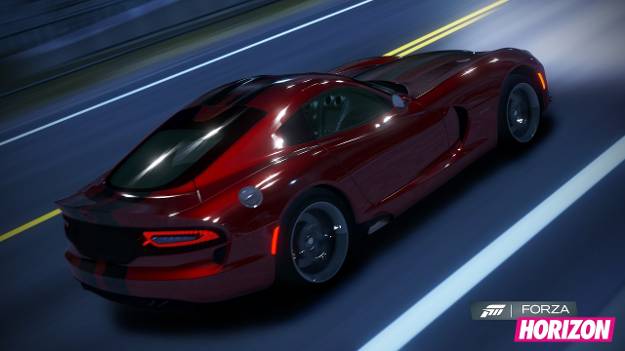 Forza welcomes you to the Horizon festival. A yearly competition out in the Colorado mountains. The object is to race your opponents and move up the ranks to eventually win the festival. As far as stories go, it's pretty generic and simple, but it works out really well for the game. Forza is not really a game where you care about the story, you just want the simulation of driving really fast. Throughout the game you will do many different race types, including regular circuit, dirt, sprints, and street races. There is a huge variety in tracks too. On your journey through the Horizon festival you will buy and sell hundreds of cars and compete in about as many races. Each car feels just like it would in real life. You can modify them all under the hood, and on the outside. Even cosmetic changes are available to you. You also have access to a paint shop that gives you unfettered access to decals, vinyls and paints.

Horizon looks gorgeous. The graphics look great, and the game runs very smooth. The cars and environments are crafted with an extreme attention to detail. The environments are really well varied as well. You will traverse mountain roads, dams, high ways and many small townships. You will drive the entire game in both day and night. The night racing looks amazing. and true to life, once dusk hits it becomes much harder to actually see what's coming ahead. Driving at night is just you, the road and your headlights right in front of you. It can get pretty dangerous at night.

The cars all look and feel great. Every car has a well crafted and detailed interior. When you are in the cockpit view every car looks authentic and you see exactly what you would if you were in that exact car. The controls are really great. They're intuitive and simple to get a hang of. They are also customizable through the main menu. The game has tremendous support for the Microsoft Wireless Steering Wheel controller. It functions well with either a controller or a wheel, the preference is yours.

Horizon sounds absolutely amazing. Every car sounds perfect, from the engine revving and shifting gears to the way the tires squeal on the asphalt. The soundtrack is also exceptionally well done. You have access to three radio stations during the festival, Pulse, Bass, and Rock (pretty much what it sounds like). If you play horizon with surround sound you will know it. Cars will sound like they're coming up behind you, or even better, you will hear your echoes properly when within a tunnel. I was astounded at how awesome the game just sounded. You get the feeling for the car you're driving just on how it sounds.

Just driving around the Horizon festival feels really good. There are hundreds of hidden collectibles to find that net you some serious rewards. You can find other festival participants driving the roads too. You can even challenge those participants to a one-on-one race for some quick cash. You will also get told of some rare car finds that get you some very rare and classic cars. It's definitely worth your time to just explore and drive around. You aren't limited to just following through on the races that are given... but you're also not forced to spend hours upon hours exploring.

Throughout the games storyline you will see people talking to you. The animations on the actual characters looks a little stiff and not the greatest. Though it's such a small part of the game that it doesn't make much difference. The physics throughout the game hold true to everything you would expect out of a Forza title. However when crashing into other cars it feels more like two plastic toy cars colliding. The collisions don't feel too devastating. Though that's also a point made so the driving feels better throughout the game. The team behind Forza has done a terrific job of making the game inviting to new players and make it familiar to the existing Forza community.

The modding is really well done and in depth. You can buy and upgrade all the standard interiors to your car. You can even buy cosmetic parts for your cars appearance. For those that are not well versed in how to upgrade a car, it is made easy for you. When you go into the garage you have the option of buying and selecting each part manually, or you can tell the mechanic what class you want your car to fall under. Being able to just select a class upgrade means you're spending less time in the garage and more time on the open road.

Forza Horizon has a little something for everyone (as far as a racing game/sim goes). There are wide open roads to explore and a huge map. There is traffic to dodge and avoid, and there are many races to do. Forza is a simulation game more than a racing game. Sure, you'll go really fast, but once you start driving 300km/h you're not going to have an easy time turning. The only negatives are just some of the character animations and some of the collisions don't feel true to form. Everything about Horizon is just wonderful. Forza Horizon is truly where cars belong.