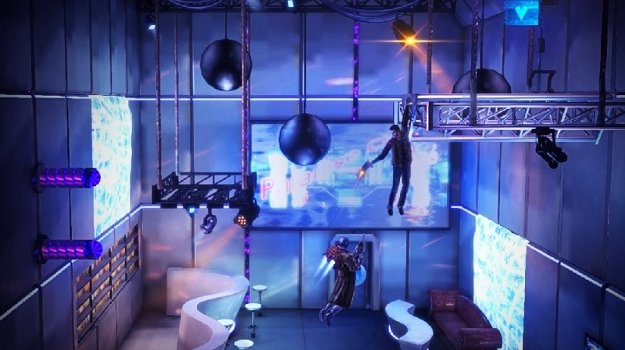 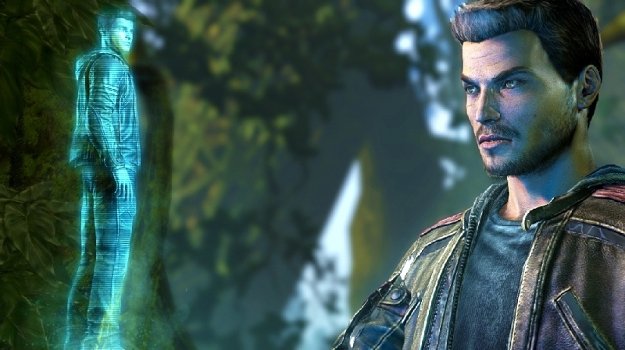 As a game reviewer you have to handle a lot of bad games. There are a lot of games coming out onto the market and not all of them can be winners. It’s just the nature of the beast and it’s often not even worth remarking about – you play it, review it and then chuck it to the side where it can molder away. No, what really hurts are the bad remakes. A new entry in the series sucks? Ignore it. Somebody released a game that has nothing to do with the series beyond the name? Belittle it and move on.

But the bad remakes really make me one incredibly sad panda. When they do a bad remake you have to sit there and watch your cherished childhood memories of games you love torn apart, scene by scene, as they just drag them through the mud. A crappy game that just uses the same name, like Syndicate, can’t do that as it’s not even trying to be one of the games you hold so dearly. Games like Flashback though… man, these are the rough days. 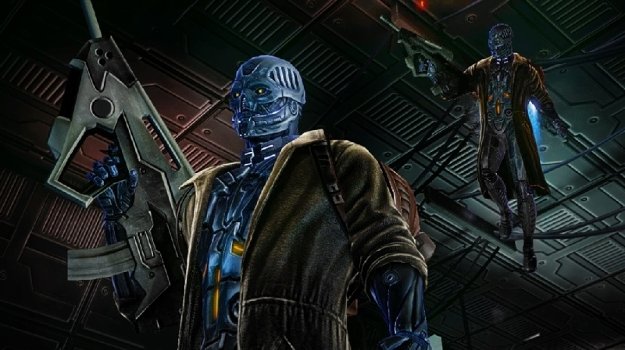 Flashback, both the original and the remake, follow the adventures of Conrad Hart as he attempts to stop an alien invasion while recovering his memory along the way. The plot is like a bizarre mix of Total Recall and They Live (whoo, references!) but it actually kind of works. Part of the charm in the original was how the cutscenes were completely silent, barring music, while still telling a rather compelling story with its lively, rotoscoped animations. The dialogue was all found in game by conversing with the NPC’s scattered around to get the items you need to progress through the game. It’s pretty compelling regardless of which game you’re playing.

The problem with the remake is that they tried to spruce it up. Rather than just keeping with a more simplistic presentation they decided to go the full nine – ridiculously floaty controls, voice acting, modern cutscenes and a plot that has some more life to it. None of this works out very well for the game.

While the original Flashback has controls that haven’t aged very well what they did with the controls here is actually really counter-intuitive. What made the original so compelling was the matter of momentum and weight to your characters movements. When you ran forward he would skid to a stop as opposed to doing it immediately – anyone familiar with the Super Mario games will know how this works.

So instead of working with something that the game was previously known for, they gutted it entirely and replaced it with weak, floating movement that almost feels unfinished. When making a running jump to cross a large pit you might fall just short only for your guy to kind of float forward and grab the ledge. Or when you jump over an obstacle only to get way more air than you really needed, flying right into an instant death laser. You can get adjusted to it with time but it never feels right and it definitely doesn’t look right, watching your guy make ridiculously impossible jumps when he’s supposed to be a normal guy.

Another addition that didn’t need to be made is that of voice acting. The main character pretty much always sounds like he needs to lower his Ritalin prescription seeing as how he sounds bored and / or half-asleep the entire time. Most of the other voice actors don’t do a much better job with the only exception being Sonia who actually sounds like her actress put some actual effort into it. If you can’t, or won’t, pay for real voice actors who can do the job then don’t voice the game. Video games survived without it for years and many still do these days – it’s not a necessity.

Then again the script isn’t much better. Not only is the whole script just kind of lame but the pop culture references it tries to throw out don’t even make sense. Something tells me that the sort of person who will even know what the Kwisatz Haderach is isn’t going to be the same guy amused by the main character actually using the term “Awesome sauce!” non-ironically. I honestly never pegged Conrad in the original game as a snarky, smart ass who never shuts the hell up but apparently that’s what the script writers saw when putting that mess together.

One area the game can’t be criticized is the graphics which look pretty awesome. It’s got this aesthetic that’s like a mix between a sort of somewhat dirty dystopian sci-fi city and a game like Shadow Complex. It’s bright but yet still feels grimy and in general it feels like the sort of city you’d find in a Philip Dick or Harlan Ellison except people actually turned on the lights for once. You’ve got very detailed character models for all of the main characters and enemies while their animations are pretty fluid, barring a model doing a “sexy” dance after you finish the Death Tower.

This attention to detail extends to the cutscenes but there it actually kind of hampers them. The most notable scene in the game is the opening where Conrad makes a daring escape from the enemies clutches without his memory. Here it’s a pretty intense sequence that sees him hiding, jumping onto a super sci-fi hover bike and being pursued by a guard in a fighter ship. It’s fine but it’s lacking in the intensity of the original cutscene where it was all done from a first person viewpoint (barring the beginning showing feet running). The original really lets you feel how terrifying it would be to be pursued like that, a feeling that’s lacking here.

What’s bizarre about all of this is that the project lead from the original is the one who brought this title to life. Instead of expanding on the gritty sci-fi atmosphere of the original it’s been turned into a generic action game. You’ll be jumping around, shooting down attack droids, using your force barrier to ward off enemy shots and using your charge blast to take down tougher foes while Conrad spouts one liners. It makes the game feel like every other game out there which is a terrible thing in an industry that is glutted with mediocre games.

The project lead at least knew enough to make it so that the things added to this version mesh well with the original setting / story but the whole game feels like a misguided attempt to reach out to new gamers by making the game as generic as possible. Heck, when they decided to add a port of the original to the game they decided to do so as poorly as possible, by making it a teeny tiny screen on a virtual arcade machine you play. Try noticing the fine details to pick up stuff on that screen without sitting with your nose pressed against the television. So it’s not even worth fans of the original picking it up so that they could get the original on modern consoles.

While the lowered difficulty will make the game much more accessible to modern gamers there is almost nothing else to actively recommend about Flashback. It looks good sure but the rest of the experience is hollow and feels more in line with a Michael Bay film than the original. Strip out almost everything that made the original so awesome and what do you get? If I had realized it was made by the same developers as that piece of garbage Amy I wouldn’t have even volunteered to do this review but now I sit here saddened, annoyed and really wishing I had my Sega Genesis so I could play the actual Flashback again.