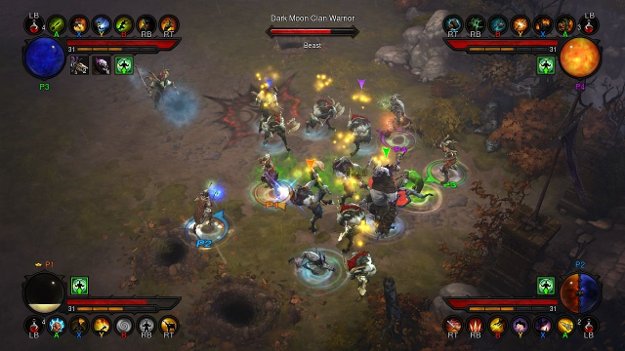 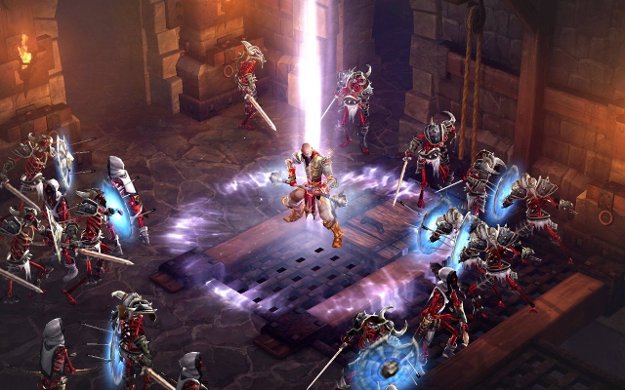 Reaper of Souls is the expansion pack for Diablo 3; and it's more than just an expansion pack. When it was first announced, I'd already been playing Diablo 3 for some time and was expecting to be able to just download a patch for my existing game.  When it was announced that players would have to buy a whole new game, I was actually a bit angry and annoyed.  Why should I have to purchase another game entirely for an expansion and why couldn't I just update what I already had? Money's tight man, come on!

After playing Reaper of Souls, however, it became very apparent why it wasn't just an update and why it's another game onto itself.  And while I'm still a tiny bit annoyed, the choice to make it a brand new game is very clear and understandable. For starters, they've changed the difficulty level system in the game. In Diablo 3, it had different Modes depending on how high you'd leveled your character, which controlled whether the monsters had extra modifiers or spit out extra projecticles in addition to the difficulties of Easy through Hard and Master I-V. In Diablo 3: Reaper of Souls, you only have a difficulty slider. You play Easy through Torment and then there are Torment levels II-VI for advanced characters. It's totally different in the two games. This isn't just a quick update sort of thing. 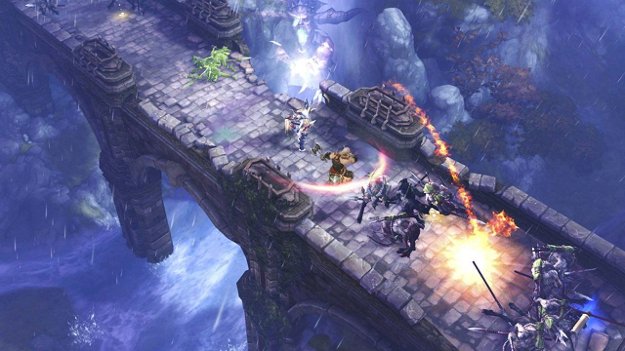 Also, Reaper of Souls adds several new features to the game that are pretty cool.  It adds in a new mode called Adventure Mode, which allows players to go to any of the levels of the game and replay the maps over again without the story 'interfering'. This allows characters to level up and just have fun getting treasure and money. It also allows for bounties, which are objectives in many of the levels that the characters can go after which give extra experience once completed.  Adventure Mode is actually really cool. Tromping around in the levels without the story is pretty amazing, and its fun to take characters that have already played through the main game and have an option to keep playing them without having to go through storyline missions if you don't want to.  And the bounties gives a goal to work towards which is pretty cool.

There's also a new mechanic called Nephalem Rifts which are essentially huge treasure dungeons that your characters get to explore while you're in Adventure Mode. You pick up Keystone Fragments and use them to access the rifts. While in there, you get to explore, fight and pick up treasure. However, each player has to have the fragments to access the rift. That means in a co-op game, one player can't activate the rift and have their partner join them which is kinda crap. Also, in the PC version of the game and next gen console versions of the game, only one fragment is required while in the 360 version and PS3 version of the game, five fragments are required. That's a huge jump and it's because no content patches are being released to the 360 or PS3 version of the game which is complete ballocks. It means that any developments that improve the game will be completely shut out to those players (like decreasing the cost of accessing Nephalem Rifts). 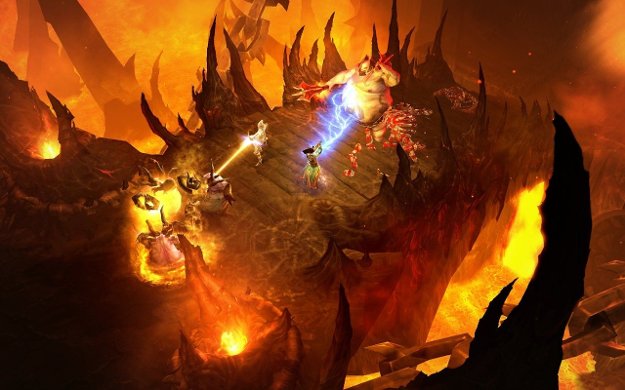 There are other things that they've included that are improvements upon the old game, like a new leveling system called Paragon, which allows characters to increase their levels once they've maxed out their characters level.  It gives even greater customization for people after they've maxed their characters out and gives increases to things like Intelligence and Vitality or whatever your characters primary attribute is.  This allows characters to be relevant for longer periods of time and makes it so those harder difficulty levels and Adventure Mode will continue to be fun and have a point for players to continue messing around in.  There are even small improvements like a bonus to speed that your characters get after breaking a certain amount of objects in the environment within a small period of time.

And of course, there is the new Strength based character class, the Crusader. The character was a lot of fun to play with their shield based abilites and was a pretty amazing addition to the game. They stood up pretty well next to the other characters that were already included in the game and helped round out the choices pretty nicely.  And of course, the new story chapter that was added in was an amazing extension into the Diablo universe as well. It was well rounded, had a lot of awesome content and didn't skimp on giving lots of new areas to explore. The angels are dicks, the characters get to do awesome things and it was a lot of fun all around. I didn't find it as challenging as I may have liked with the character that I had finished Diablo 3 with. And no, I had not leveled the character beyond playing the main game. For some characters types, increasing the difficulty for a while might make the new chapter a bit more challenging and exciting.  The option to switch difficulty whenever you like is a nice addition which means that if it gets too hot for you, you can bring it back down a notch.

The new chapter even introduces us to a new merchant, the Mystic. She can transmorgrificate objects as well as enchant them. Transmorgrificating objects simply changes their appearance, which in the case of your armor makes it so that you have a pretty cheap way of never having to worry about how your character looks again. I practically changed how my character looked every time I went into town after I opened her up. Although it's prohibitively expensive to change the way your weapons look. And the enchant ability lets you pay money and crafting materials to switch up the abilities on items. Again, until you start to collect a lot of the crafting materials that are brand new to the expansion, it will be prohibitively expensive to enchant items and I didn't do a lot of it to start off with, but it's a nice option to have to start messing around with after playing the expansion for a while.

Speaking of crafting materials, there are several new ones introduced in the expansion, some of which are easily gained in Adventure mode, some of which you gain by breaking down Legendary items and some of which you gain by breaking down the common items you pick up from your regular enemies. That one is called Common Debris and it's easy enough to get. I didn't mind having that added in as a neccesity for some of the objects I wanted to craft. What I did mind was the fact that Common Debris was now being substituted as a Treasure drop. One of the Treasure Goblins I killed dropped it as if it was a treasure item and I was not amused. 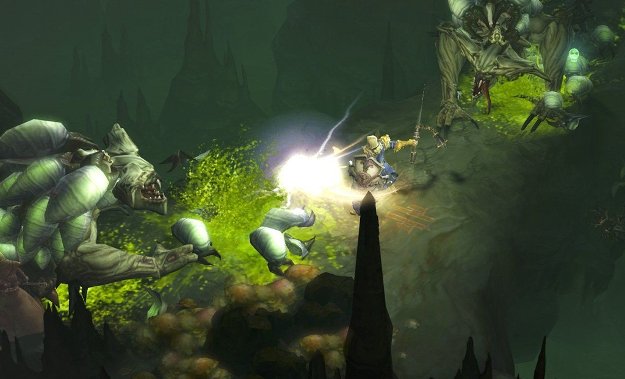 There were a few other problems with the new expansion that I found annoying and that marred the experience for me. With many of the missions in the new chapter I found myself having to manually teleport back to town after finishing them. There were no obelisks to return me back to town or portals to use. I was hoping that the mission was done, but I found it a little weird that there was no other way to return me back except for me to use my town portal option. Also, multiple new missions opened up with my companions that I was able to complete, but I didn't always know that one was about to start. I'd go to have a conversation with them and an event would start from the conversation. I wasn't always ready for said event to occur and I wouldn't have started the conversation with them if I'd known they had a quest, but they didn't have a quest marker over their heads the way they should have.  They just showed that they had regular conversation options. In one case, the person didn't have a conversation or quest marker and I stumbled into a quest because I checked to see if they have any conversations that I'd missed.

Overall, the game was incredibly enjoyable. It was the kind of experience that I've mostly come to expect from the Diablo universe. It was exciting, interesting and a whole lot of fun. There were glitches with quests triggering and problems with some of the ways things were executed in the game, but overall it was an amazing adventure that I'm looking forward to experiencing over and over again. And with all the different characters (especially the new Crusader), there is plenty to do, plenty to explore and lots to have fun with.