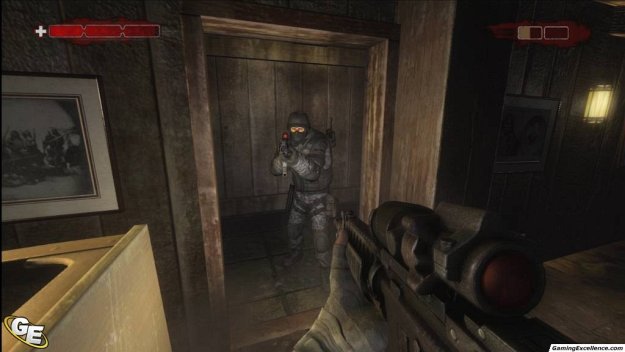 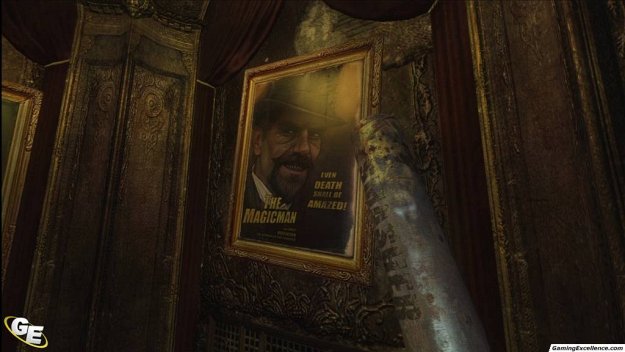 It's a sad but true fact about video games today that most games that call themselves "survival horror" are more about the action than anything else. Slowly they are moving away from the disturbing matter and bizarre storylines for more streamlined combat and action set-pieces in a futile hope to match Resident Evil 4. As a matter of fact, in most of these games you can take the Rambo approach, charging at the enemies with the biggest gun and demolishing those who dare impede your progress.

Ten minutes of that in Condemned 2 will get you rapidly turned into mush. This here is a game that actively works to remind you why you should be scared of the dark and not play video games in said environments. Condemned works very hard to remind you that at no point are you truly safe; enemies can come from anywhere and often do so and even the environments seem to be out to get you at times.

Condemned 2 continues the story from the first game, Condemned: Criminal Origins, and picks up about one year after that game ended. You will once again step into the shoes of Ethan Thomas, except he isn't an investigator working for the SCU anymore. He has become a drunk, living amongst the vagrants and bums he spent the majority of the first game fighting off and living a life under the radar.

However, all his desired anonymity goes right out the window when everything starts to go to hell. Violence is still on a steady rise even after the first game and seems to have gotten worse with huge riots breaking out and even stranger things seem to be going on out there. It is up to Ethan to root out the cause of all the various problems going on in this city and try to put a stop to it.

Essentially this game really just builds off of the framework laid by the first game but puts improvements in almost every area of the game. The focus of the gameplay is still the fast and brutal melee combat but now there are more options to be had. You can actually fight with your bare hands now, a feature that was glaringly missing in the original game. Adding on to this is the fact that you can perform a variety of combo attacks. Successfully execute a string of attacks, or a block and counterattack combo, and your next attack gains a large damage bonus.

They have also seen fit to make the health system a bit more forgiving. Now the health is broken up into three boxes that empty as you take damage. However if you can find some breathing space you will automatically heal up any damage in your current bar. So if an attack only takes a little bit of health you will heal to full but if it knocks you down to halfway through the second bar only that bar will be filled up. So while the medical kits aren't as necessary you will still need to find them.

The graphics and sound have also received an overhaul. The voice acting is much more believable but the new voice for Ethan isn't nearly as good as the original but the rest fits well. The ambient sound is immensely immersive and you may find yourself jumping at the random creaks of a boat or background noises in a run down hotel. While the music is a mostly understated part of the game, and much of it seems to come from the first entry, it still fits the game well.

As you would hope the graphics have seen quite a bit of improvement. While the first game looked pretty good, especially for what was an Xbox 360 launch title, Condemned 2 looks much better. You may find yourself cursing this fact as you walk down corridors with black viscous bile on the walls that seem to have people sticking out of them but it sure helps immersion. The details extend to enemies taking damage from your attacks during a fight and you can even get blood splatter on your screen from this.

There are a few problems with this game that keep it from being one of the best games of the year unfortunately. One of the most glaring things is the fact that enemies are, for lack of a better word, stupid. While it's understood they're supposed to be in a seething rage that has them fighting like berserkers they do some things that just seem bizarre. Running in circles around a bookshelf over and over for no reason and other such AI deficiencies can happen just often enough to kill the immersion.

Also there is a much larger focus on guns in this installment. This serves as a boon to newer players who will find it a much more familiar situation but veterans of the first game will likely be turned off by this. Pair this up with weapons that break after too much use and some will likely feel that melee isn't the way to go whenever you can avoid it.

Lastly some of the enemies in the game can be hard in a cheap feeling sort of way. Fighting an enemy that dies in one hit but is near impossible to see in the dark (even with your flashlight shining right on him!) who proceeds to tear your health apart in six hits never feels fair in any way. Thankfully these enemies are rare but curses are acceptable whenever they should appear.

That said, Condemned 2 is still a heck of an experience that should be played by any who are fans of survival horror type games. Whether you're running for your life from an enemy you couldn't possibly hope to defeat or slowly making your way down a corridor only to be grabbed by an enemy from above it is unlikely this is a game you will forget anytime soon. Very few games give you the impression of a world that is falling to pieces like the Condemned series does even if it does have its over the top and bizarre moments.