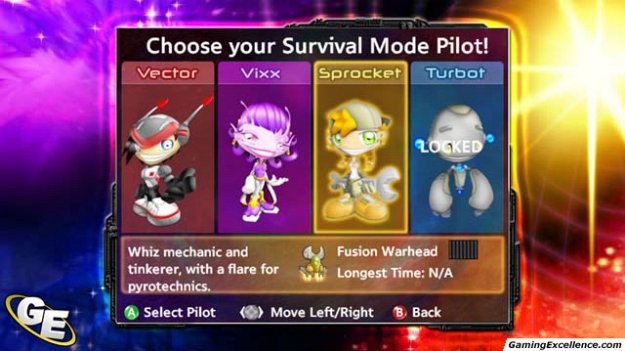 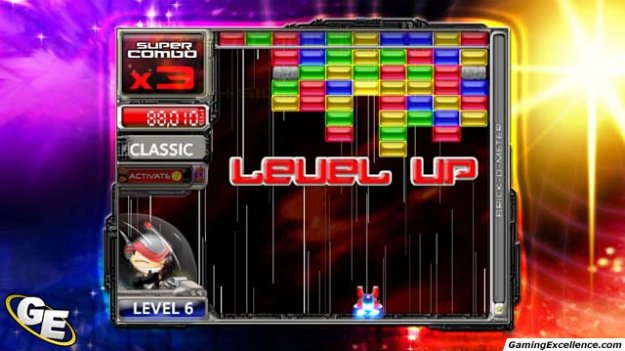 Astropop and Mutant Storm were hands down my two favorite games on the Xbox's original Live Arcade. There was something about the progression of gameplay, the constant challenge and the simplicity of each that truly appealed to me. Now, with the arrival of the 360 and it's own Live Arcade, we've seen the re-release of both games. Mutant Storm's graphics have been overhauled and while not a completely new game, it still feels fresh. Astropop on the other hand has largely remained the exact same game with a higher resolution. Does it still have it where it counts?

PopCap Games seems to have a knack for giving gamers everywhere addictive games that can be replayed over and over while never getting old. If you consider all the games you've played on your cell phones, flash-based websites and anywhere else for that matter, you know that making a lot out of little may seem easy, but it's not. Tetris, Bejeweled and maybe two or three others are the only ones that really stand the test of time. Astropop is another one to add to the list.

The concept is simple; you pilot a small ship that sits at the bottom of your screen while the top portion has lines of blocks descending gradually towards you. With your ship, you can grab/attract blocks down towards you and then shoot them back up in the hopes that four or more blocks of the same color will touch and disappear. This in turn fills up your stage meter and powers up your ship's special SUPA weapon which can be used to get you out of tight jams.

Of course this would get boring quickly. And so, special blocks are also added to the mix. Some of these help you (some charge your stage meter, some freeze the downward progress of blocks, some break entire lines or rows, etc) while some are there to hinder you like the dreaded toxic (death's head) block which spreads like a virus infecting blocks around it and stone blocks which are harder to get rid of.

Astropop still only has its two modes of play; classic mode (with its boring and entirely skippable story) and survival mode. There are also the usual four characters to play (two of which must be unlocked) and the same SUPA weapons to upgrade as you progress through the story. As you can see, if you've played Astropop anywhere else before, you've already played this version. The only difference lies in the graphics which are now sharp and crisp and in the online scoreboards and achievements.

The bottom line however is that regardless of the platform you play it on -and why not choose the best while you're at it- Astropop is one of those brilliant games that is easy to get into and absolutely beckons to be played again and again. Yes, when I play Live Arcade (and that's anytime I'm not really sure what else to play) the two games that get loaded are Mutant Storm and Astropop. Like Tetris, the simplicity and elegance of concept are a perfect marriage to the gentle challenge and "just one more try" mentally of the best games out there. The game may not have changed much, but it's still worth your time and money. Highly recommended.