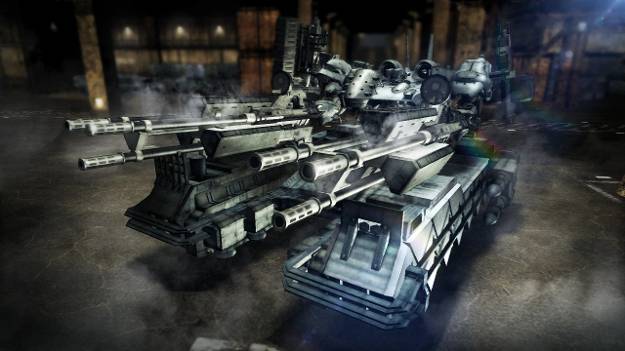 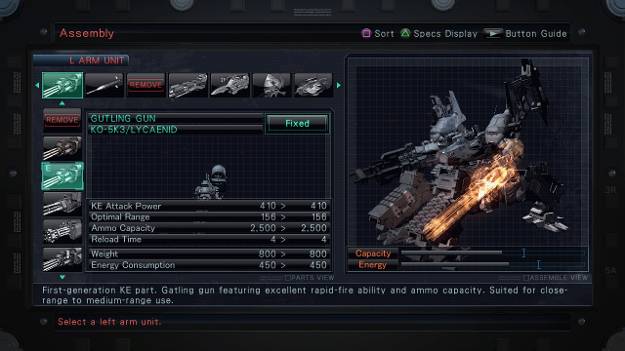 Namco Bandai and From Software's latest title Armored Core V flaunts a learning curve as steep as K2, comprehensive customization options that surmount the likes of Forza, and an exhilarating online multiplayer mode that remains unparalleled.

Though Armored Core V has undergone a noticeable refitting, From Software has finally managed to develop an Armored Core title that amalgamates the formidable force of its newly redesigned mecha with the unforgiving difficulty of Dark Souls. Like Dark Souls, Armored Core V requires an often strenuous level of dedication based off a rather inefficient trial and error system, a factor which may dissuade newer players from the series.

While Armored Core V's challenging nature may possibly be perceived as a hindrance one of its supposed weaknesses lies in its extensive if not overly convoluted AC customization menu. Through modifying their mechs with the use of credits earned during order missions; players can carefully select the specific damage types their AC's are capable of resisting which range from Kinetic to Chemical to Thermal. Players are also granted the ability to equip their mechs with a vast array of leg units that include the nimble Reverse Joint legs which allows users to reign terror upon their foes while jumping midair, and the imposing Tank type legs which can fire a barrage of canon rounds without the disruptive act of kneeling. 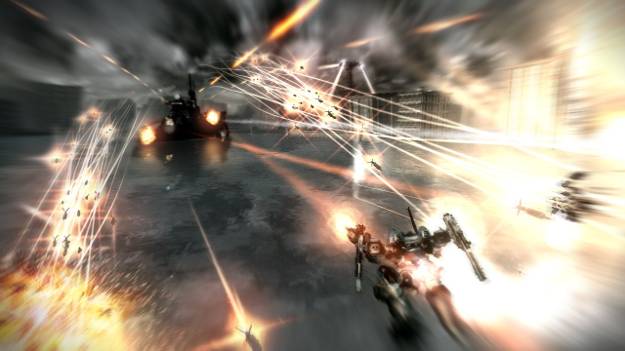 Individual parts including Boost variations and Head units may also be traded among team members using the online multiplayer option. Armored Core V's multiplayer mode offers a wide variety of alternatives including mercenary and story missions, where players can offer their skilled mechs to assist a team in need of support or play through all ten story based missions with the aid of a fellow teammate at the cost of a reduced earning packet. Conquest Missions present teams of 5 with the opportunity to overtake an opposing team's territory in a gripping PvP match. With each successful seizure come's tradable team points and credits which can be used to continue the teams march towards total domination.

Although Armored Core V offers exceptional gameplay and intricate story missions the game may suffer from it's over reliance of online play. Few title's if any for that matter with the exception of MAG have succeeded in developing an online first (or only) experience. That couple with Armored Cores lackluster story and dense menus leaves quite a bit to be desired.

In all Armored Core V is a sound title with a plethora of multiplayer modes and modification choices all of which can amuse even the most discerning user.