True Crime: New York City is a action game developed by Luxoflux for the Xbox. The game was released on November 15, 2005.

He rolls up in front of a run down ghetto. After calmly walking through the front door, he puts earplugs in his ears as he heads towards the back of the house. He slowly pulls a pair of submachine guns from his belt. Turning the last corner, he unloads his weapons into the people in the room. Read More. 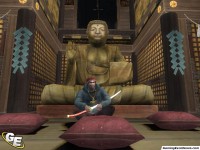 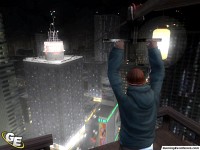