Sid Meier's Pirates! is a strategy game developed by Firaxis Games for the Xbox. The game was released on July 11, 2005.

Sid Meier is a legend in the world of strategy games. He has become one of the world's most respected names in the gaming industry, with both the Civilization and Pirates franchises under his belt. He stands alongside other great strategy developers like Rick Goodman (Age of Empires, Co-founder of Ensemble Studios), and continues to push the strategy envelope higher at every release. Read More. 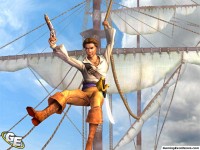 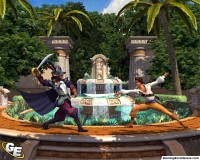