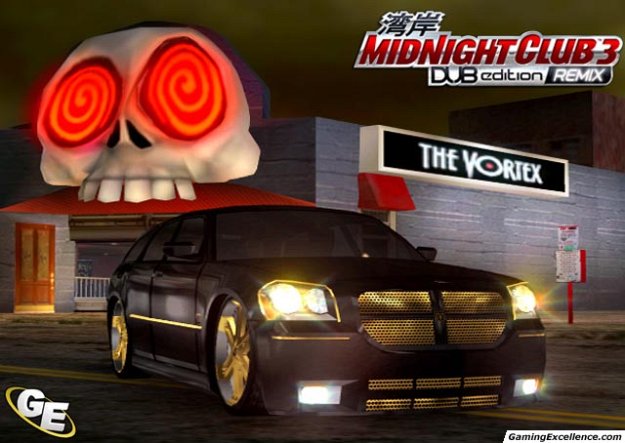 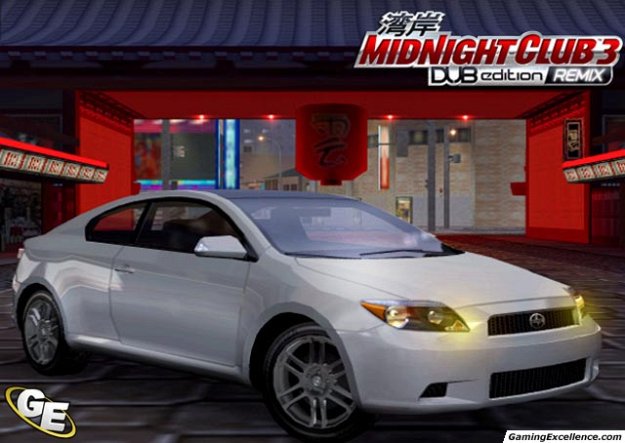 It seems that as of late, publishers and developers alike have taken the release of Greatest Hits and Platinum Hits packages as an opportunity to add new content and tweak various issues on quasi-classic games. Such was the case with the Metal Gear Solid 3, Devil May Cry 3 Special Edition, and now, Midnight Club 3. While time may be kinder on platformers and pure action titles, the competition among racing titles is heated and a lot can change in a year. We saw the release of Burnout Revenge on consoles as well as the advent of the next-gen racing titles: PGR3 and Need for Speed: Most Wanted. How does the Midnight Club 3 formula hold up against those titles? And is the new content enough to warrant a re-purchase? Read on to find out.

One of the things that Rockstar San Diego's Midnight Club 3 had going for it a year ago was authenticity. We not only got to play in the Midnight Club environment with real-world cars, but the DUB moniker added weight to its credibility as well. There were no celebrity models, no corny voice-overs and no in-your-face product placement. We got authentic cities, cars, parts and manufacturers, authentic voice-overs and arcade racing goodness.

Midnight Club 3 gave us an epic single player mode which, with its increasing difficulty, could last the average gamer anywhere between 20 to 50 hours to complete. We were given three complete cities to race in and countless challenges, tournaments and rivals to beat. There were Rockstar icons to find, upgrades galore to try and a racing engine that was simply prefect. From the weight of the cars, the hand-brake mechanism, the "special moves", the hydraulics everything was perfect. Hours could be spent playing with friends in a living room running race after race. Needless to say, at the time, there seemed to be no other racer that could compete with MC3:DUB Edition. A year later, putting the game in again and being able to port all my existing work (cars, upgrades, garage, etc) I was hesitant to see how it had aged. I've been playing a lot of Burnout Revenge on the 360 and wondered how dated MC3 would look. Surprisingly, the game is still as fun as ever. The truth is that MC3 is so different from all other racers that it can coexist nicely even with next-gen games. And anyone who has yet to play this gem of a game needs to pick up this version as soon as possible.

For veterans of the game, the game adds new cars that seem a little lackluster at first (bikes, SUVs, etc) until you happen upon the Diablo. The new cars are all marked "remix" so you'll know which ones they are, but unfortunately, you still cannot have more than 30 cars in your garage at anytime. Maybe it's my memory playing tricks on me, but the garage seems to load new cars a lot faster than before as well. Besides that, the entire content of the first game is intact and identical except for the new selection on the main menu: Tokyo Challenge. This is not only a new city to race in, but it also features a semi-independent set of challenges (you can use cars from the 3 first cities in Tokyo and vice-versa) featuring new races, tournaments as well as club and class events. Tokyo also features new cutscenes with a new mechanic and these are really fun to watch if you've seen all the previous ones from San Diego, Detroit and Atlanta. Things are a little different in Japan, but always in good fun. The new events, much like the main events, range from normal difficulty to rather hard, but having a new city to learn might be a little at fault here (the on/off-ramps to highways seem to be my constant downfall).

When not playing the story mode, you can play the arcade mode alone or with a friend (split-screen) or test your luck against Xbox Live players (which still features a surprisingly large number of racers online). There's also a very capable race editor that allows you to edit the checkpoint locations in any city. This race editor is actually the one that I'd hoped PGR3 would have included.

Midnight Club 3, while very much "current-gen", still looks amazing. The game feels alive. The streets are littered with cars and people, posts, on and off ramps, cop cars, back alleys, short-cuts, destructible glass and so many places to visit. The game looks slick and fast. And while I thought it matched Burnout 3: Takedown quite nicely at the time, Burnout Revenge proves much faster especially given its traffic checking ability. But MC3 has aged well and is still no slouch.

In the sound department, Midnight Club 3 is still more than impressive. The engine noises are distinct and each upgrade changes you car's acoustics as well. Better yet, Midnight Club 3 just plain sounds "fast". You can almost feel the sense of speed just from its sound. The quality soundtrack is massive, and while you can listen to your own custom soundtracks stored on your hard drive, the audio's crowning achievement is that you may simply not want to. The songs fit the mood perfectly and the soundtrack is so large, you won't be hearing the same song over and over again.

In the end, even a year later, it's still easy to recommend Midnight Club 3 (in any format) to those who've never experienced it and even as a second purchase (at Greatest Hits/Platinum Hits pricing) for those who simply want another city to play in. The good news is that Tokyo is available from the onset and all your previous efforts get ported over. MC3 still shows that it's at the top of the racing mountain for a reason and we can only hope that Midnight Club 4 hits next-gen consoles sometime soon.