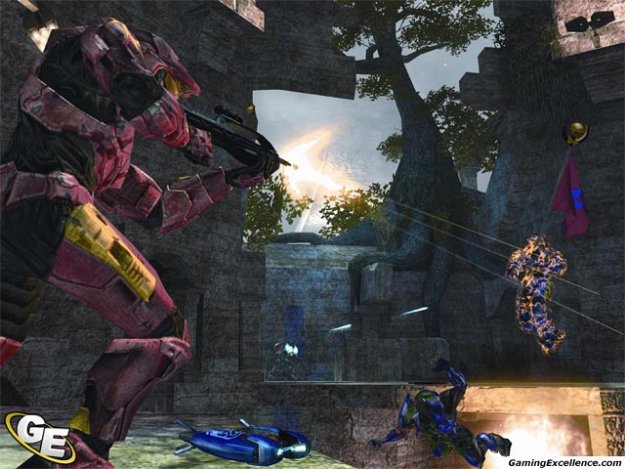 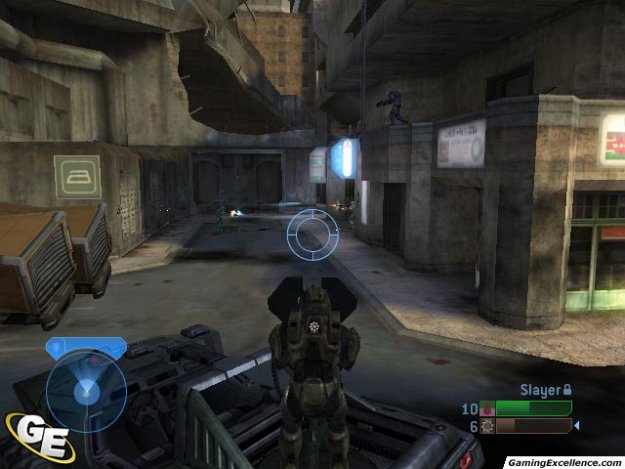 Halo 2 is easily the most popular title on the Xbox, and what else could fans ask for then a collection of new maps for this legendary game? Bungie gave the Halo fans what they wanted when they announced the release of new maps, available in both downloadable and hardcopy format. Whether you're playing online or just over a local network, the new maps and the rebalancing of some of the weapons, have significantly increased Halo 2's multiplayer replay value and overall fun factor.

The map pack contains an update for Halo 2, along with 9 other maps that are fully detailed in the manual when you purchase a hard copy version. The manual gives the overall layout of the map, as well as the location of all the weapon pickups. The CD also contains a behind the scenes documentary for the Halo 2 Multiplayer Map pack, as well as a short animated side-story called "Another Day at the Beach". It also includes a humorous, animated sound check for your surround sound system.

The maps vary enough that they never feel repetitious, or one a copy of the other. Out of the nine maps, two of them are remakes from the original Halo game. Warlock is a remake of the first Halo's Wizard map; and while the layout remains identical to the original, gravity lifts were added along with different weapon locations. Adding turrets to this small map can be both a painful experience and a pleasurable, laughing riot, depending on which side of the barrel you're on. The other remade map from the original game is Longest, which is now called Elongation. The addition of packing crates moving down both corridors of the map on conveyor belts adds a whole new dimension to the game. Though the sniper rifle is not one of the default weapons for Elongation, I found that it can create a whole new atmosphere to the game. For me, this map was one of the most addictive of the nine maps.

Containment is a brand new map that offers one of the largest environments that you'll encounter in the map pack. The map is located within a frozen valley, between two large fortresses and is perfect for massive vehicle battles. The default vehicles for the map are the banshee, the scorpion, and the Gauss warthog. This huge level is really fun to play with a large number of combatants, although I found that when you die in a skirmish in the middle of the map and spawn back at your base, the skirmish is over by the time you get back in the fight. This can be frustrating, but also results in an increased survival instinct. The fortresses provide excellent base defence for any defenders, but combined aerial and ground attack should break the defending line.

Backwash is another one the maps that I found to be incredibly addictive, and is an excellent map for small quick battle rounds. It is very possible to play a two-on-one game in this level and not find the game to lopsided. The map is very dark and misty with enough vegetation for cover. There is also a raised center structure that has an upper circular room with four entrances evenly spaced around its circumference. This map is best played without radar and encourages both stealth and quick thinking.

Turf is a map that will remind some gamers, who are familiar with Halo 2's campaign mode, of the street fighting in Old Mombasa. It is a map with very tight corridors, perfect for shotgun camping, and has a lot of good choke points. The road that runs down two sides of the map should be avoided at all costs unless you have control of the lone warthog. This map is very fast paced, and the more people you play with, the faster the game will go.

The other maps, sanctuary, Gemini, Relic, and Terminal all add other different elements to the map pack that makes each of them both unique and fun to play. As a whole, the map designs in themselves should be applauded, and this adds a whole new level of fun to an already amazing multiplayer experience.