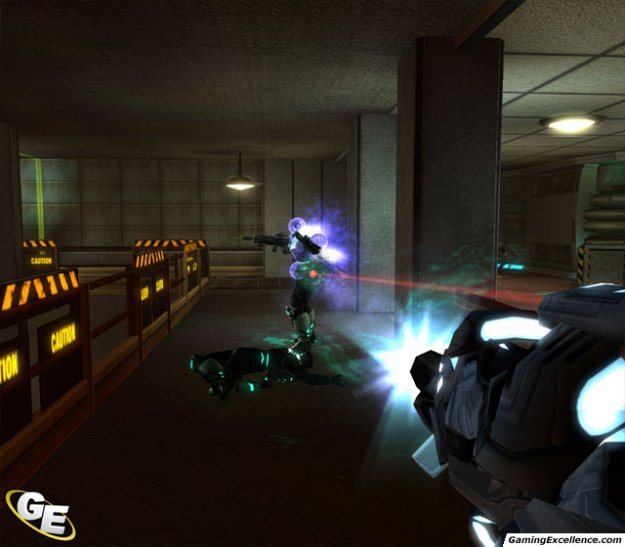 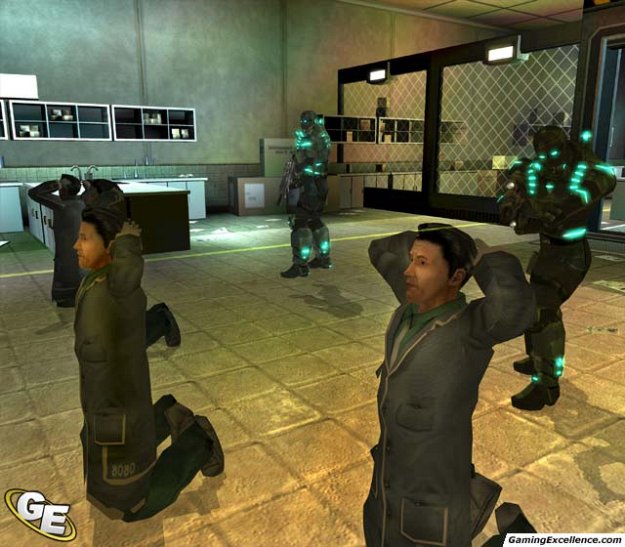 In the history of the world, there is perhaps only the Holy Grail that has been more analyzed, more speculated upon, more written about and more hotly debated than Area 51 itself. And as with the Grail, we are nowhere near closer to the truth. This is perhaps the reason for our continued fascination with these subjects. If we had even half the facts at our disposal we probably wouldn't be interested anymore. And what fun would it be to actually believe that Area 51 is simply a test site in the Nevada Desert, 95 short miles north of happy Las Vegas, where the US Government tests its new recon planes and spy technology? Not fun at all! So we add a few alien spaceships, a few clandestine autopsies, probings of one kind or another into the mix and VOILA, Instant Conspiracy. So what if the government's explanation actually makes sense and that's why they don't want us snooping around there? Our version is so much more fun. We can make movies about it, have countless TV shows, sell dolls and figurines, posters, take trips to Groom Dry Lake and sit on lawn chairs with binoculars and pretend that everything we see in our druken-yahoo state is some new spaceship prototype based on alien technology that crashed down here over half a century ago. Our version IS more fun. We have Mulder and Scully and Spock and Roswell and Independence Day and so much more. Area 51 is more than just myth or a fad, it is pop culture, ingrained into our sub-conscience since birth. And so, when a game comes along that takes place within the very confines of this much dreamed about place, it better damn well be all that and a box of foil or it simply won't cut it. And that is the problem with Midway's Area 51; it passes for a standard shooter, but the location seems so underutilized that it leaves you feeling like so much potential went to the wayside.

The story is the game's first misstep. Although the game manual will try to sell you the idea that this shooter's plot extends thousands of years into the past and that an enormous conspiracy has befallen the earth stringing together conspiracy buzz-words like the Illuminati, Roswell, Insterstellar Wars, Grays, Viral Weapons, etc. what the game really boils down to (if you just put the disk in and play without looking at the manual) is this: There's something bad a-brewin' over in Area 51. An initial HazMat Team has already tried to deal with the disruption but gone missing. Now, a second unit is dispatched (this is your unit by the way) to find the first HazMat Team and discover the cause of the problem as well. That's it! No more, no less. You will still have conspiracy terms thrown at you and have to deal with a Gray named Edgar, but there really is no coherent plot to this game passed the need to get from point A to point B. And this would be fine if the game was just slightly more inspired.

The graphics are top-notch and certainly not the issue. Though Doom 3 may have had a "slicker" shine to it, Area 51 is quite competent in its rendering of weapons, characters and locals. The flashlight, which is needed in a few key areas however, leaves a little to be desired. The beam illuminates well, but it doesn't project. It feels like you can only see a circle of light about two meters wide a few feet ahead of you. Still, minor annoyance aside, this doesn't keep the game from being playable. The little fact that there are so few enemy models to dispatch however, is disturbing. This was the perfect opportunity to create loads and loads of various monster-types and alien beings and it simply wasn't realized. The human characters that we do have are practically identical, and the few aliens that are present seem to all be mutations of the same one. The eyes on almost every alien seem the same; same glow, same shape, same everything. Chalk another one in the "uninspired" column.

The weapons are also an area of missed opportunities. The small number of included weapons feel great when fired. They sound great when fired. But they look so alike in the dark locations that it's sometimes hard to tell what you're carrying; a shotgun or an assault rifle? You almost have to look at the ammo stat to tell the difference. And while the game does allow you to carry two weapons at the same time, the game does not let you fire them independently. I'm sure the left trigger's secondary ability (zoom) could have been mapped to the Y button (or the left thumb-click). As it is, the Y button is used for next weapon while the black button is inexplicably used for previous weapon all-the-while the white button remains unused. Who thought of this? If I'm aloud to dual-wield weapons in this day and age of console gaming, I expect to be able to fire each one independently! Is that really too much to ask?

Admittedly, the game plays very smoothly and has its moments. The overall story arc is essentially split up in two distinct sections: The first half of the game feels very much like a fire-fight simulator. You and your team will frequently be mobbed by an endless stream of aliens (some even toting guns) and it will be your duty to unload clip after clip into their gray little bodies. While it sometimes feels like a gimmick, it's actually quite satisfying to completely unload into enemy creatures. In an era where one-kill headshots and limb-specific killzones are the norm, it's refreshing to be able to just throw caution to the wind and shoot. The guns feel so perfect that it never gets old. The second half of the game feels a little bit more like an animal maiming simulator. You'll understand when you get to it. Again, it may not be as fun as with the weapons, but it is well done and fun nonetheless. The highlight of the game came from being strapped into a turret near the half-way mark. Unfortunately, my turret shooting time was very short, but it was quite memorable.

While Area 51 does everything right in the gameplay department, the level design almost kills it entirely. This is Area 51. This is larger than life. This is a place that the average human will never see or experience. This should have inspired level designers to no end. Instead we have levels that are hardly anything to write home about, and the most infuriating infraction of all, the levels feel very limiting. In Doom 3 we were technically hurdled along corridor after claustrophobic corridor, but we always felt like we were seeing everything. If there was a door, we would go through it. It there was an open room, we could inspect it. But Area 51 plays the game of showing you potential locations to explore but never allowing you to see them. Early on an office room is the setting of a fire-fight. When all the baddies have been dispatched you can take the time to look around, but unfortunately, there is nothing to see. The desks are all the same, the cubicles are all the same size and more than that, it just feels so uninteresting. The only highlight of traveling from place to place were the various newspapers strewn about with their varying headlines about everything from the Hockey Strike to the World Series.

The final and possibly brightest piece to the single player campaign is the audio. Midway took no chances here and got top talent to do the voice-overs. In the lead role we find my hero, and an inspired choice to say the least, Fox Mulder himself (David Duchovny). While many will fault him for a bland performance, it actually fits perfectly within the scope of the game. Ethan Cole, the main character, is not "living" the events of the game, he is retelling them. The distant delivery and dry monotone reciting perfectly suits a soldier that has been there, done that and seen it all. Cole sounds emotionless to the events, numb to them almost. This is expertly done. All the voice acting actually is well-done. My only slight disappointment stems from the fact that Marilyn Manson's performance may have actually been too understated. Being familiar with Mr. Manson's music, I expected to distinguish him right away with his snarly raspy voice, but he plays Edgar so clean and restrained that I actually had to refer to the credits to make sure it was him. A fine performance, just not the one that I was expecting. The music, a mixture of synth and techno beats, is also very good but there is far too few of it in the game. It seems to only be prevalent during cutscenes and that's a shame.

The multiplayer aspect of Area 51 may well be the make or break point for many gamers. In this mode, most of the game's other faults are swept under the rug and the tight controls, expansive multiplayer maps and solid gameplay is all that's left. Area 51 offers up the standard fare of multiplayer modes, playable with up to 4 players in split screen mode and up to 16 using Xbox Live, like Deathmatch, Team Deathmatch, Capture the Flag, etc. These are the same as in every other online shooter known to man, but Area 51 also adds a very simple, but very clever new mode called Infection. In this mode, one randomly selected human is infected with the mutant virus and must then in turn infect as many others as possible. Yes, it may simply be a game of tag, but why this mode hasn't been done before is truly mind-boggling. Infection changes the pace of the game completely and makes it far more interesting for players that may not be as adept at shooters to still have a great time. The other very interesting feature that has hardly been talked about but which is revolutionary on console is the auto-scale feature available on maps. With this option turned on (in all modes, any option can be tweaked to suit your particular multiplayer tastes) the maps scale up or down depending on the amount of players on them. If you are playing a small deathmatch for example, with only 4 players, certain rooms or corridors may become inaccessible. This is truly brilliant and I hope it is a feature that will be implemented in more games to come.

When all is said and done, what does Area 51 leave us with? It is a competent shooter with great mechanics, incredibly satisfying weapon feel and sound, a campaign that will last anywhere between 9 to 11 hours to complete, great visuals and excellent voice-acting. We are also left with a game that seems to have bitten off a little more than it could chew. Area 51 is a place of wonderment, wrought with exploration and wonderful sites. This game does not deliver on that premise at all. But if first person shooters are your thing, you could do a lot worse than Area 51. There are some truly memorable moments herein, but also the lingering feeling of wasted potential.