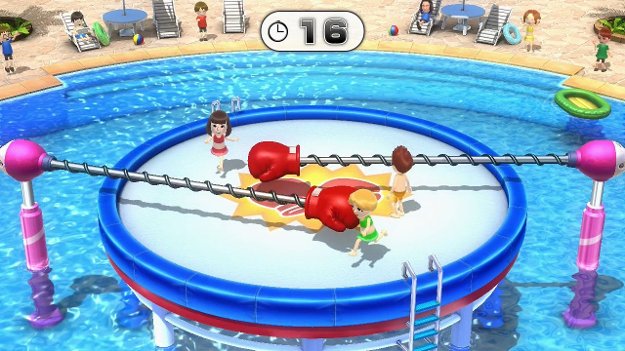 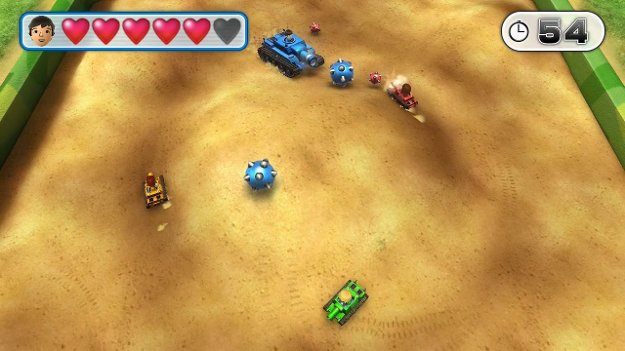 Nintendo's latest party game, Wii Party U, is another game to play with friends in front of the TV. A collection of minigames with a few boards and game modes wrapped around them create a party experience, but unfortunately the title as a whole leaves a lot to be recommended, whether in the presentation or just the games themselves.

At first glance, the game looks like a Mario Party title with the Wii Party (or Wii Sports) style. Guided by your hosts Party Phil and Party Penny, you'll be able to go through three different modes, letting you play through a board game mode, a more casual party mode, and a simple gamepad mode for just two players and the Wii U's gamepad. Each are fun in short doses, but ultimately end up being fairly lackluster, unable to live up to previous Nintendo party games.

For example, the board game mode has you run around a few board games, competing to get the highest score, or reaching the end of the level before your friends. But unlike Mario Party, the boards here are fairly dull and straightforward, with simple spaces that just move you back or forward a certain number of spaces. Most of the time it's random, anyway - you might find yourself in the lead before suddenly switching places with the person in last place. Let me tell you, it's frustrating as hell when that happens. At the very least, your placement in the minigames gives you a boost, such as extra dice when you roll. 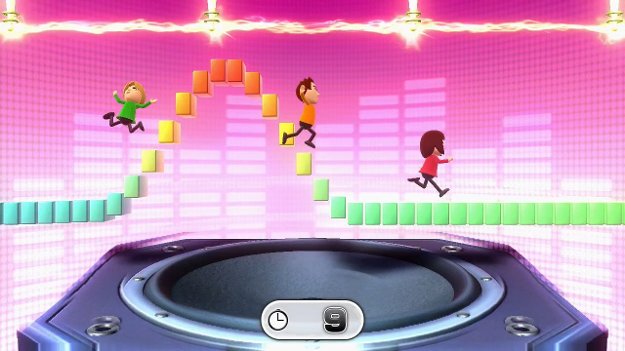 The most interesting board was definitely one where you and your friends ran around trying to collect pieces of fashion, getting the most points for a matching set as you ran around the board. My friends and I actually enjoyed this one, stealing costume pieces and rushing to score points with a full Mario or Ninja set.

The other game modes are far more casual, letting you play some simple party games with vague rules. Some are fun, such as the game that has three players draw a certain object while one secret player draws a similar one. Others, such as the game that has three people yelling orders at a cashier who must remember who ordered what, just feel lazy and not worth the time to play. In any case, the enjoyment you had from these games hinged almost entirely upon the fact that your players were willing to play by the rules - otherwise, things can go wrong really fast. In the drawing one, for example, there's really no stopping anyone from drawing crude genitalia every time their turn comes up. These games are kind of worth playing if, well, you've accumulated a fair amount of alcohol in your system. 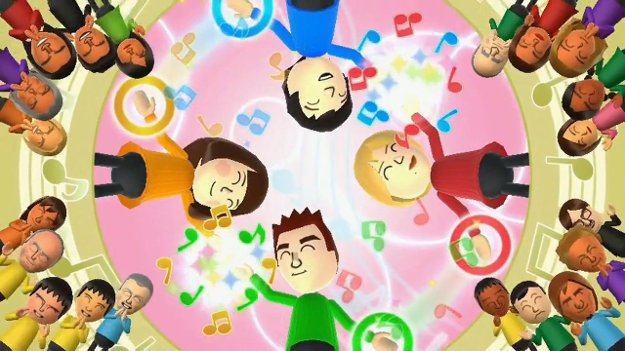 Last is the gamepad set of games, pitting two players against each other using only the gamepad. They're alright, but pretty basic - mostly sports related. There is one fun game that has one player play a pitcher and one a batter, using the analog sticks to control power and swing. Of course, this isn't exactly a great game for parties, but maybe if you just have a friend over, it's something to play when you don't have to worry about an irritating AI player.

I can't quite recommend Wii Party U - it's a fair minigame collection, but you might as well play some Mario Party. The games here aren't as fun as previous party games, and Party Phil is a bit of a minor annoyance. The boards are almost all bland and straighforward, a number of the games rely entirely on luck, and the AI opponents are no fun to play against. At the very least, you get a free Wiimote with motion plus bundled in with a new copy of the game, so you can think of it as a controller with a cheap game attached. But if you're not looking for one of those, I just wouldn't recommend this unless you and your buddies or family are really hard-up for a party game to play.