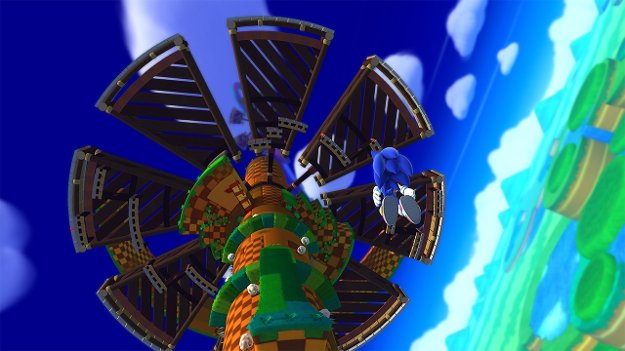 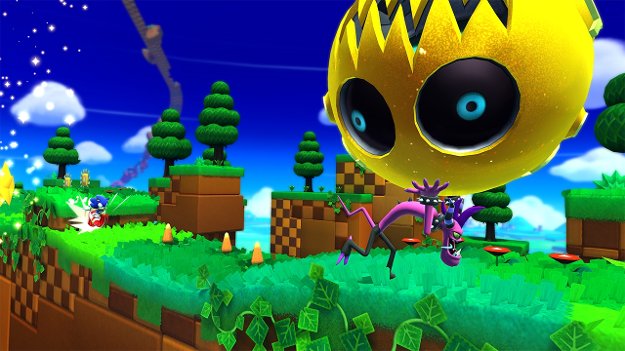 Nintendo may have been one of Sonic's greatest rivals over 20 years ago, but now on the Wii-U, his latest outing seems to be the one that pays tribute to his time on Sega consoles.

Sonic Lost World captures not just the feel of Sonic from the Sega Genesis era, but even embraces his time on the Sega Dreamcast by incorporating such moves made famous during that era such as the homing attack and his roll. These moves added some martial aspects to the series that gave the Hedgehog more to do in terms of combat.

The game has embraced its partnership with Nintendo as Lost World comes off with a serious Super Mario Galaxy-vibe. In the demo, Sonic moves around planetary surfaces with the camera hovering behind him. At times, it makes it look like Sonic can move an entire planet just with his feet.

But Sonic is not a game where the focus is on combat. This is a hero that is about speed and Sonic Lost World fully embraces it right down to the look of Sonic's feet as it morphs into a figure eight once he reaches full speed. In a Speed area, the gameplay harkens back to Sonic 2 special stages as Sonic races at full speeds avoiding hazards and from smashing into walls. The speed stage I played even incorporated Homing attacks that gave more of a spectacle as Sonic sped through openings. Watching The Blue Blur form a blue streak behind him like a lightcycle from Tron as he smashes through a stream of enemies never got old. By far these are the stages that will make Sonic feel like the speedster he is.

Even the stages have a life to them that make this Sonic game feel unique. In one such level, Sonic was traveling in what appeared to be strands of licorice. The way it swayed and bounced, it made it actually look like something was running on licorice. These art choices have really separated itself from previous Sonic games, without sacrificing what made Sonic what he is today; a freedom fighter that treasures speed over nearly everything else.

Sonic Lost World is doing something that could of been somewhat blasphemous in the heyday of Sega and Nintendo's rivalry. It fully captures a Sonic game, but has also combined it with the gameplay of Super Mario Galaxy that is sure to entertain audiences from that series. We could very well be looking at a revitalized Blue Blur come this holiday season.