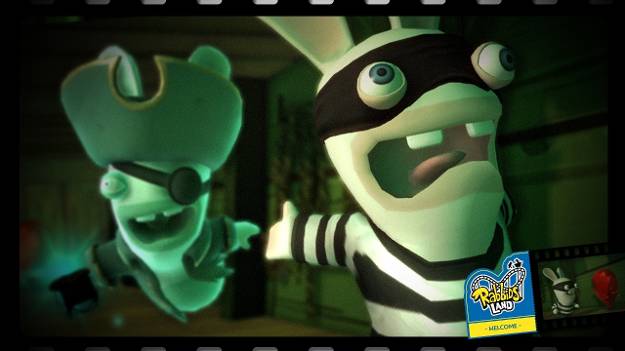 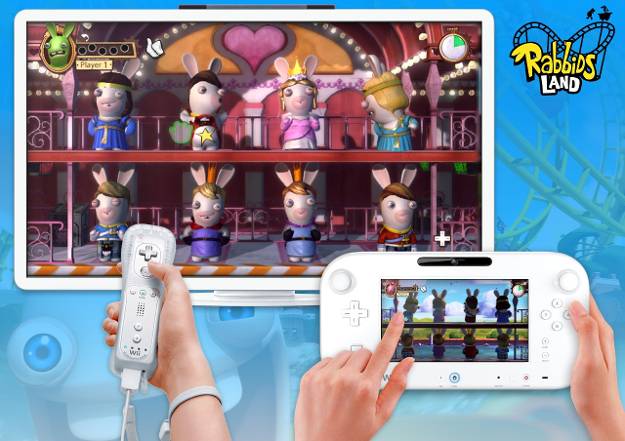 Want to hear something shocking? Rabbids Land isn't that bad.

I mean, it's not particularly good, either. But for a franchise that's basically become a bunch of lazy minigame collections half-decent represents a major step forward.

Not too surprisingly, this modest achievement was made simply by making it seem as though some effort was put into the game's creation. Even if the end result isn't very inspiring, Ubisoft deserves credit for not just making Rabbids Land out of a bunch of warmed-over Wii leftovers. They seem to have strived to get every possible use out of the GamePad. Over the course of any given game, you'll be blowing into the microphone to fling Rabbids across the screen, using the GamePad as a steering wheel, drawing out paths with your stylus, tilting it around to roll Rabbids on marbles...basically, if there's a use for the GamePad, Rabbids Land probably incorporated it into gameplay somewhere along the line. 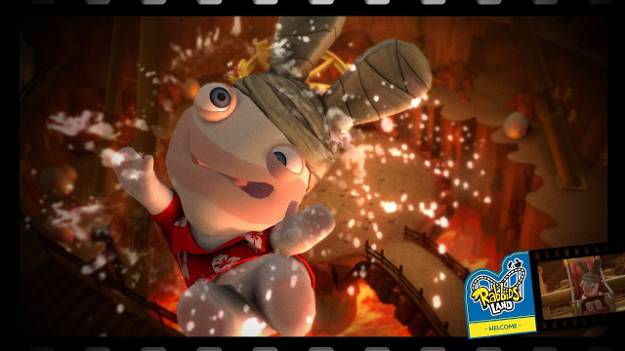 Unfortunately, even if Rabbids Land pulls it all off from a technical standpoint, it's not quite as fun from a player's perspective. For one thing, it's way too hard. Minigame collections are usually supposed to be light and breezy; instead, most of the time I found myself being whooped by tough AI. I imagine the game would've been a little easier had I played with someone else, but still: unless you have three friends playing with you at all times, chances are the computer will end up winning minigames more often than not.

Of course, even if you do have friends with you, you'll still need to confront the game's bigger issue: the waiting between turns. Oh God, the waiting. You see, for all the thought they put into incorporating the GamePad, Ubisoft didn't think to make Rabbids Land into a true four-player experience. The minigames are all one-on-one battles, which means that even if you do have three other people to play with, at any given point only half of you will actually be doing anything.

Thankfully, in single-player mode, you don't have to actually sit and watch the computer playing games against itself -- it just skips from saying what the two AI players are doing to showing you the end result -- but the time between turns still felt interminable. I mean, I was able to crack open a book and get some serious reading done between my turns, which should tell you something.

In fact, on occasion I was able to get serious reading done during my turns, since all that was asked of me was to stop the rolling die, and the game did the rest. This points to another significant issue: there aren't nearly enough opportunities to play minigames, which, for a minigame collection, is a problem. Rather than filling the Mario Party-esque game board up with opportunities for interactions of any kind, Rabbids Land has a weird tendency to reduce an individual player's role to a bare minimum.

All that aside, when the game allows you to actually do something and doesn't confront you with impossibly hard AI as an opponent, it isn't half-bad. It's fun to hurtle down a track avoiding fireballs, and to lead your team of thieves around the screen via the stylus, and to do most of the minigames contained in Rabbids Land (apart from the one where you blow into the microphone; that one just left me feeling woozy). Unfortunately, those moments are far too rare, since the game is so unwilling to get out of the way and just let you play -- and for a minigame collection that aims to "get the party started", as it says on the back of the box, that's a dealbreaking problem.