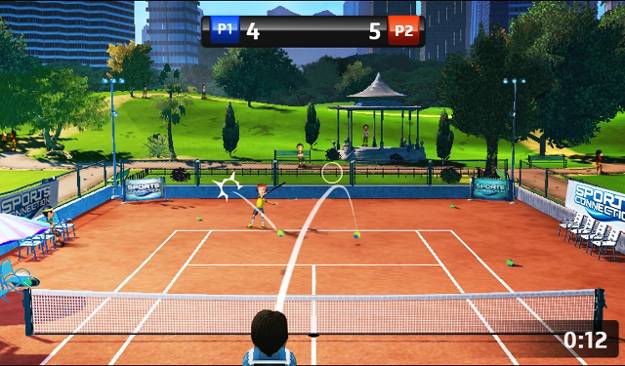 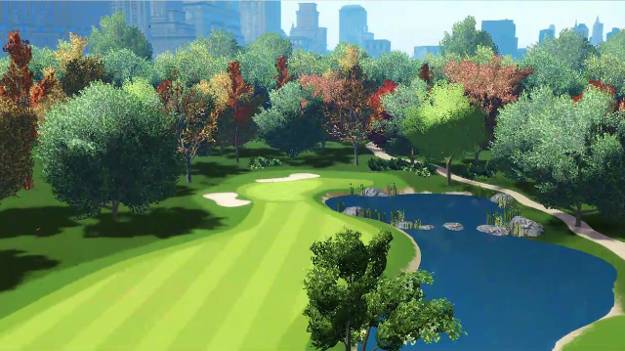 ESPN Sports Connection for the WiiU is a collection of six different sports games - soccer, tennis, football, karting, baseball, and golf. They use the WiiU's gamepad in a variety of ways, and each of them allow for multiplayer gameplay, sometimes with asynchronous results, such as having the gamepad player shoot tennis balls that a Wiimote player needs to lob back.

They are also no fun at all. What we have here are six games that aren't any good. They're poorly made, with bland graphics, shallow gameplay, and poor implementation. There's an achievement system that lets you unlock extras to customize your in-game avatar, but it's fairly pointless. I want to go through each of the games and outline essentially what makes them a chore to play, but after writing it all out, it's just a bulleted list that no one wants to read. 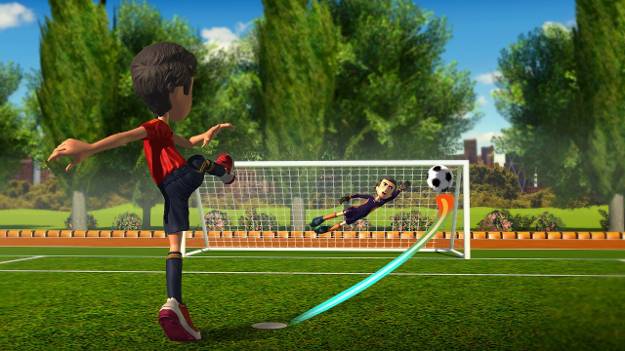 The biggest problem the game has is just that it's poorly made. Some of the ideas...they aren't terrible. But, let's take the soccer game for example. One would think soccer is hard to mess up, and in this case it's really one of the simplest games in the collection, with little-to-no innovative gamepad or Wiimote implementation beyond using the analog stick (or d-pad) and face buttons.

What I found was the worst AI I've seen, some shoddy animation, and in general just a bad soccer game. Your team won't even try to go towards the ball, instead opting to sidestep around the opposing player that has it. I watched an opposing player hit a ball into a goal without even being within reach of the ball itself (repeatedly - this game has replays). I saw my goalie stand still while a ball rolled right by him into the goal. This is just one of the examples.

But that's really the sort of poor implementation that pervades the game - things that make you scratch your head and wonder why it was planned this way. The two-player mode in golf, for example, called 'Caddy', allows the player with the gamepad to give directions while looking at a map of the course and suggest clubs. This is entirely pointless, and in fact the golfer can do the entire game himself, switching clubs, checking windspeed, and shooting, without the caddy at all. So why have it? 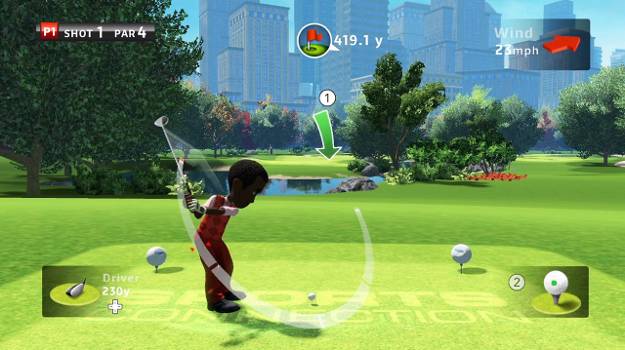 Then there's the quality of the title which, for some reason, has framerate issues despite not pushing the boundaries of the system at all. The animation is choppy, collision detection is questionable (see: soccer example above), and the models in the game simply have a flatness to them. Your avatar can be customized, but only barely - adding a decal to the shirt, changing your color, and your equipment (but only after unlocking them through the in-game achievements).

Baseball was the most fun game mode. Why? Because my friend and I would constantly bean each other's players. That should say something about this game.

ESPN Sports Connection is no fun. I don't recommend purchasing it, I don't recommend playing it. It looks like a game trying to be Wii Sports for the WiiU, but without the charm, technical proficiency, or innovation that the former provided. Get your sports fix somewhere else.