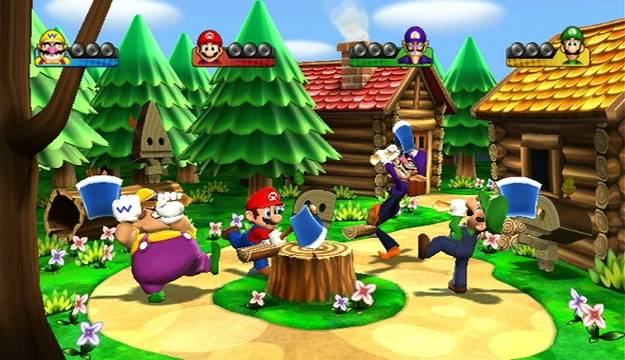 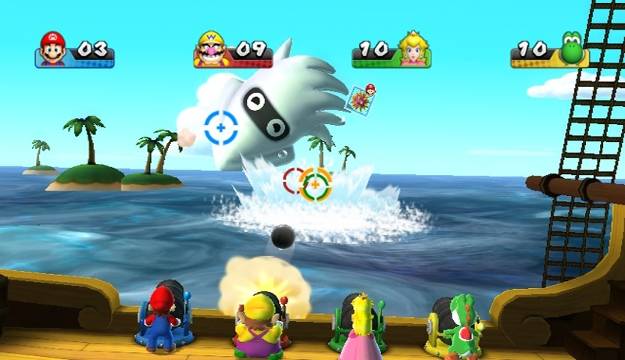 Despite what the number says above, I don't really think that Mario Party 9 is a 6 out of 10 game. In fact, if I'm being completely honest, I'd probably give it a 3 or 4.

Here's the thing, though: like most other Mario Party games before it (excluding the handheld ones, of course), your enjoyment of Mario Party 9 is entirely dependent on the context in which you play it. As much as reviews are supposed to be subjective statements of one person's opinion, it doesn't seem right for me to go through the reasons why I hated this game without first acknowledging that there are plenty of reasons why some people might love it, or at least really enjoy it.

Take Nintendo diehards, for instance. If I were in that population subset, I could see giving this game an 8.5 or a 9. I mean, issues of luck and A.I. aside (more on those later), Mario Party 9 shows that it's possible to take the traditional Mario Party formula and inject new elements into it. Even if some of those elements might be annoying to some people (or, more specifically, to me), Nd CUBE should be commended for finding a way of adding a thing like boss battles to what is, essentially, a minigame collection. Add to that the fact the mere fact that we're talking about the first new Mario Party game in about half a decade, and I could certainly see why keepers of the Nintendo faith might go crazy for it. 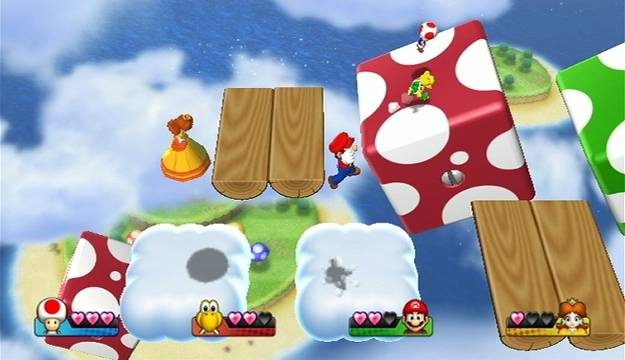 Similarly, if I was a person for whom gaming was a truly social experience -- that is, if I wanted a game that I could bring out and play friends, I could see myself scoring Mario Party 9 awfully highly. For one thing, it's got an impressive amount of variety when it comes to the minigames: there are around 80 in all, it's not skewed too heavily to either one on one or co-op, and the game does a very good job of mixing them up. I mean, I've played it for several hours now, both with friends and solo, and in that whole time, I can count the number of repeats games on one hand.

For another thing, while such people, too, may find that luck plays a little too heavily into the game, I don't think it'd be as much of a game-ruining experience for them. In fact, in a weird sort of way, I can see the random luck element being something of a draw. After all, what better way to make sure everyone feels included than to play a game where anyone could win, and skill generally takes a back seat?

Unfortunately, I don't really fall into either of these groups. I mean, I'm not not in either of them; I have lots of fond memories of playing the original Mario Party to death back around the turn of the century, and when I had some friends over recently the first thing we did after dinner was bust out the Wii to play this game.

But that's about it. The truth is, the context in which I'm playing Mario Party 9 is as someone that primarily likes to game as a solitary activity. And in that context, the game just isn't fun. 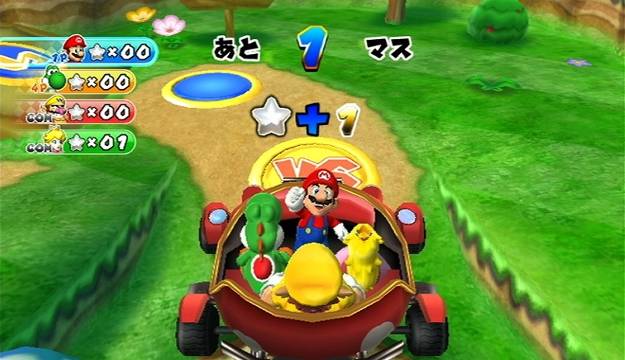 First and foremost, this is because the game relies, to a ridiculous degree, on luck. Mario Party games have always incorporated randomness into the gameplay, but here it's taken to completely absurd extremes. No longer do you have to figure out the best way to get around the board in order to arrive at a star with just enough coins to buy it; for that matter, no longer do you have to try and win minigames in order to have enough coins.

This is because stars are strewn all over the board, just waiting to be picked up. It's literally a matter of tossing the dice and hoping for the best, since a significant chunk of the stars to be had in this game are earned just by passing by their spaces on your turn. You could focus your efforts on winning them in minigames, except 1) you still get stars for finishing second and third in most competitions, 2) the amount of stars you can get in a typical turn, just from going around the board, is generally equal to -- and sometimes greater than -- the amount you can win in minigames, and 3) when the final stars are awarded at the end of the game, massive amounts are given to the player(s) who rolled the dice the most, or who used the most special dice blocks (these, too, are given out fairly willy-nilly), or who passed over the most ztars (AKA negative stars). On top of that, most boards have sections where you can lose half your stars in any given turn. Add all this up, and it means that it's not uncommon for a player to win a game without ever having come close to winning a single minigame challenge.

Here, of course, I should probably admit that this happened to me twice, and I'd be lying if I said I wasn't still a little bitter about it.

Bitterness aside, though, it doesn't make for a particularly fun experience. It's hard to get engaged in a game when your actions have little to no bearing on whether the whole thing moves forward. It's not like the game has a compelling story, either; it's a variation of the usual "Bowser stole X, get X back!" narrative (X being the stars in the night sky, in this case), and while that's fuelled many a classic Mario adventure, here it's just an incredibly thin thread tying together a number of game boards.

All that said, I do have one positive thing to say about Mario Party 9: it looks fantastic. I've generally avoided playing Wii games for about a year and a half now -- a period that coincides, not coincidentally, with having gotten an HD TV -- but I can honestly say that, on a purely visual level, I had no issues with the game whatsoever. Mario Party 9 looks vibrant and alive, in a manner truly befitting of its title.

Impressive graphics do not a good game make, however -- a fact that probably goes double when you consider that we're talking the Wii here. There's some meat to be found if you're in the mood for something to play with friends, but if you want a substantive solo game, keep looking, because you won't find that in Mario Party 9.