Agatha Christie: And Then There Were None (Wii) 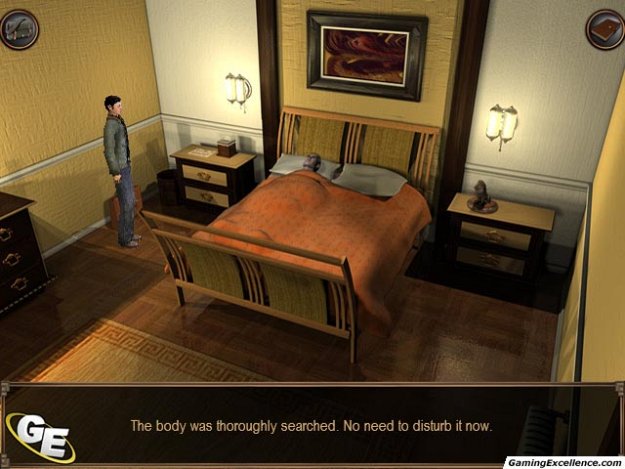 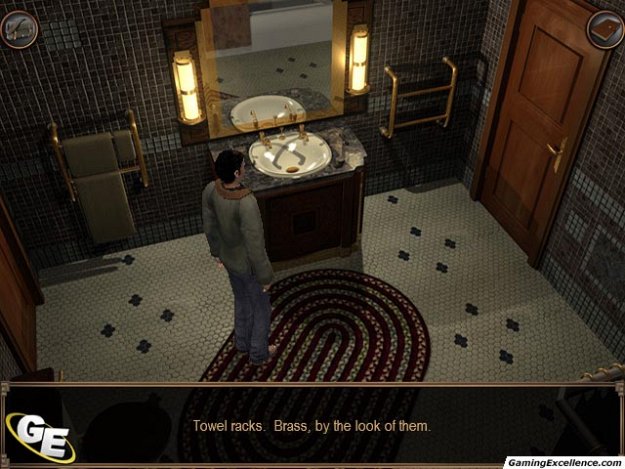 Agatha Christie is one of the greatest mystery writers of all time, a fact supported by how prolific her books are and how many high awards she's received. There are very few authors who have ever, or will ever, reach the level of success that she managed to reach. The Guinness Book of World Records even goes so far as to put her in the same category as William Shakespeare. Her books have been translated to almost every language on the planet and the only book to have outsold her combined works is the actual Bible. If you have to read that over a few times for it to sink in go back and do so, we can wait.

With how successful her books have been it's quite a shock to find that her works haven't been exploited more often for video games. There have only been a few games released based on her works and almost all of those have been done in the past three years. Perhaps it is telling of the fact that mystery games aren't exactly going to sell like hotcakes or maybe it has something to do with how hard it is to condense a deep, enthralling novel into a game format without losing something in the translation.

And Then There Were None tells the story of ten guests of a mysterious U.N. Owen on an island and the fate that befalls them as they perish one by one to a sinister murderer in their presence. The chilling twist is that they were being killed in ways that coincided with a poem found over the mantle place in the home. As the game moves from chapter to chapter the bodies start to pile up and it is up to you to figure out just what the heck is happening on this island.

While the story is told in pretty much a similar fashion as in the book one conceit is made to this being a game, your character is someone new. He seems to be related to another character from a previous Christie book but it's hard to be sure exactly who exactly he is. Regardless of that fact he works just fine as a player character without ever really getting in the way of, or interfering too much in the story. Yes, that's right, you have almost no real impact on the story barring some details that determine which of five different endings you can get but all of this comes near the end of the game. Otherwise it all moves forward without any intervention on your part.

If you think you've seen this game released before you would be right, it was released in 2005 for the PC. When it was released it was praised for its story and voice acting but derided for its horribly dated graphics, even at the time. So while the game could have been a stellar title it was instead left behind by these factors and pushed to the wayside. With two, almost three years, from that release you would think that the port of this game to the Wii would carry with it improvements to its failings and Wii controls tacked on, as is par for the course. You would be intensely wrong in that assumption.

The graphics here are just as bad as they were on the PC except even more noticeable thanks to the fact that the Wii is capable of some great looking games. Go from Metroid Prime 3 to this and you would swear that you will end up putting your eyes out on those jagged pixels. While the environments all look pretty good the character models are seriously dated at this point with sometimes jerky animations and horrendous lip synching. While one could argue that the graphics mean nothing in this sort of game this problem could have been solved by going for a more stylized look or simply buffing up the graphics for the port.

Actually playing the game would be fairly smooth if not slow paced but that is to be expected. This game is, for all intents and purposes, a three dimensional point and click game. You pick stuff up like a pack rat, carry it around all over the place, put stuff together, take things apart and start combining all sorts of things that might not make the most sense. This all works smoothly, using the Wii remote as a surrogate mouse and is fairly smooth, until you go to open a door.

For some reason, rather than updating the graphics the developers threw in a bunch of Wii Remote functions. So opening a door requires a left to right twist of the wrist. While obnoxious, it isn't so bad but why stop here? It gets worse, much worse. Ever try opening a combination lock on a safe while having a seizure? Well using the Wii remote to do so in this game will give you a really good simulation of what it's like. Fine hand movements of the sort required to open a combination lock are borderline impossible and far more frustrating than they were in the PC release. There are a number of these actions spread throughout the game and they are neither fun nor intuitive. If there was some way to adjust the sensitivity enough to work this without tearing your hair out it might not be so frustrating.

With the graphics as poor as they ever were and even the gameplay sunk by the tacked on Wii functions you are left with only two saving graces here: the story and the voice work. Since the soundtrack is so underplayed as to be irrelevant you will basically be listening to footsteps and talking as well as the storm going on outside the house. That's it. Luckily the voice work is incredibly good with everyone fitting their part and sounding quite convincing. It's almost worth playing through the game just to hear the actors talk and watch the storyline unfold.

Unfortunately almost only counts in horse-shoes and hand grenades. While the game is a budget title that still doesn't excuse its myriad flaws and failings. There is essentially no reason to buy this version when you can get the PC version for a lower price still and better yet, spare yourself the tacked on infuriating motion controls. That is if you even feel the need to play through a game version of the novel instead of simply reading it as it was meant to be, in a book.