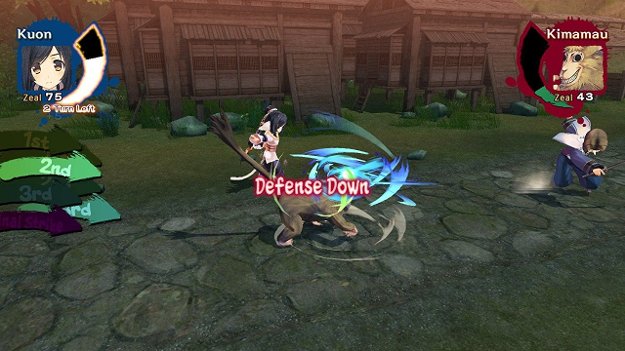 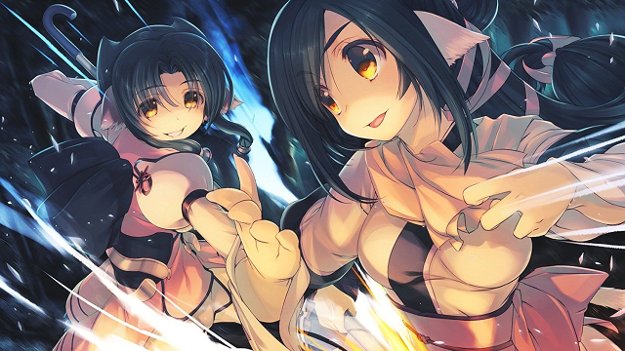 While this review won't be going into spoilers for Mask of Truth, it will be discussing (and spoiling) the events of the first game, Utawarerumono: Mask of Deception, so keep that in mind before you read this.

Part two of a two-part storyline, Utawarerumono: Mask of Truth continues the story of Haku and the nation of Yamato, after the tumultulous events which left a princess poisoned (but alive), a powerful general dead, and Haku taking up the role of the late Emperor's defender. Forced to flee to a nearby nation known as Ennakamuy, the game continues the political machinations that began in Mask of Truth, while introducing new twists and turns to the story, creating a story I found a lot more interesting than its first half. Fewer are the pointless vignettes that serve almost no purpose to the plot or character development as a whole, as more focus is placed on the schemes and plots that occur in a brewing war, making the day-to-day events far more interesting than before. 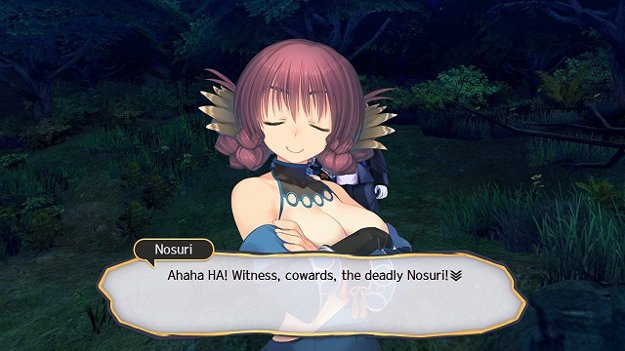 Still, though, the game is oddly paced. Feeling less like a second half, and more like the latter two thirds of a plot, the game has numerous starts and stops to its plotline, and at least once I had thought that I had finished the game only to be proven wrong in a very major way. But it's still more interesting, with less of Haku's bumbling around like a fool in an unfamiliar world, and more of his planning and internal monologues, wondering how he can deceive the people around him and the enemies he has to face. War, after all, makes for a much more interesting plot thread than the relatively peaceful setting of Mask of Deception.

One of the big improvements that the game provides, in my opinion, is the addition of many, many more battles. Where the first game only had about sixteen instances of combat in the entire story (not including the 'dream battles' that were unlocked afterwards), Mask of Truth contains many more. What's more, they're often more interesting scenarios, pitting you against powerful foes, interesting enemies, and more diverse battlefields. 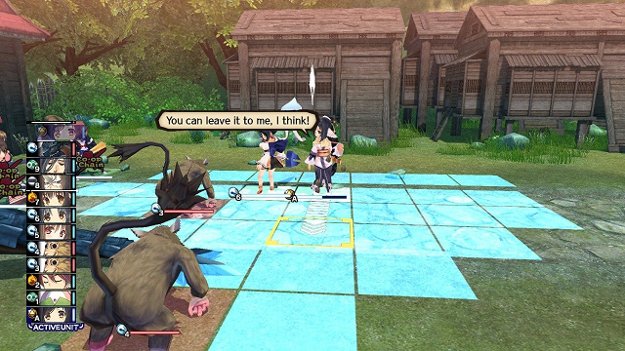 Overall, battles play out mostly the same, with not a whole lot of tactical choices required. Mask of Truth doesn't add a whole lot of changes to the formula - there is the addition of co-op attacks, that allow units to strike the same enemy in a single strike, or co-op finishers, which is pretty much the same except with finishing moves. Everything else, such as the timing-based critical attacks and counterattacks, the sort of strange equipment system (you just equip scrolls that give you benefits and extra abilities) and such have largely remained untouched.

Oh, and the game has made it easier to strengthen both you the gamer and your units too - a skirmish mode that pits your characters against each other is new to Mask of Truth, as is a series of combat drills that put your units in specific situations in order to teach you how each of them work. This, in particular, was a welcome addition and would've been very much appreciated in the first game. 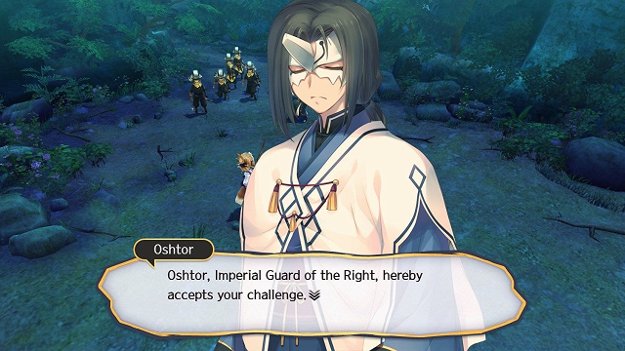 I was pleasantly surprised with how much more I enjoyed Mask of Truth over its early predecessor - better writing and characterization, variety in locations, and a greater number of battles all server to put it head and shoulders above Mask of Deception. It's not exactly difficult to recommend this to people who enjoyed the first game - frankly, you're only getting half a story if you don't play this one - but even people who might've slid off of Mask of Deception might like this one in its stead. Granted, it means playing through the earlier title, but there are always summaries online to read.