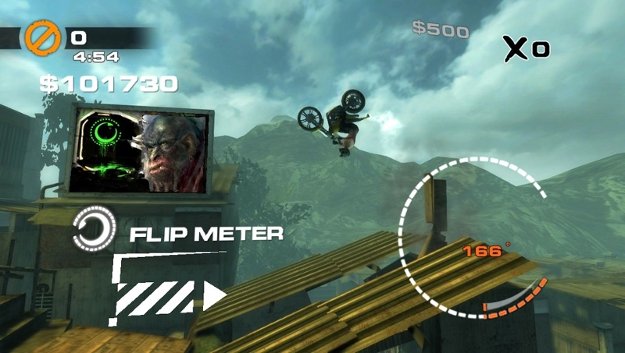 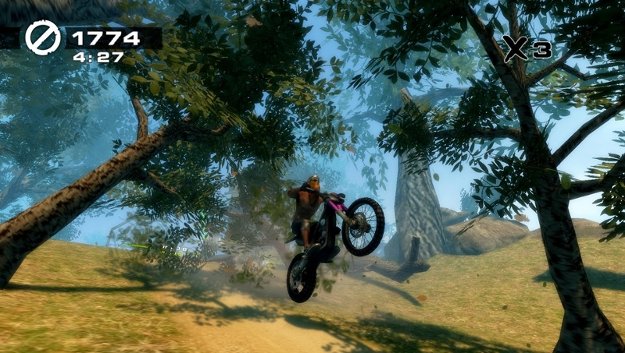 If you're feeling less than charitable, you might take one look at Urban Trial Freestyle, and immediately dismiss it as a Trials HD clone. Heck, if I'm being honest, even if you're feeling favorably inclined towards Urban Trials Evolution, that might also be your reaction. After all, it looks and plays almost exactly like the XBLA/PC game, to the point that you might be forgiven for thinking that Red Lynx had ported their game over to the Sony gaming ecosystem.

They didn't, of course; this game is entirely the work of Tate Multimedia. And it's to Tate's credit -- or shame, I suppose, of you're taking a more plagiaristic view of things -- that they've created a game that's pretty much indistinguishable from the original. The 2.5D tracks, the physics-based steering, the fun of seeing your rider flop around like a ragdoll after a crash...all of these things and more seem to have been lifted wholesale from Trials.

You know what, though? I don't care about any of that. Whatever flaws Urban Trial Freestyle may have, I'm more than able to ignore them because of how incredibly fun and addictive it all is. Muddy Vita graphics? Only a handful of tracks included? Not much customization available? All valid complaints...except every time I play, I'm too consumed with doing one more track to get one more star to think about such things.

Of course, it probably helps that the Trials series isn't available on PlayStation systems. It's a lot easier to overlook how much Urban Trial Freestyle, er, "borrows" when its chief influence isn't already on the PlayStation Network -- and that goes double for the Vita, where there's not even games like Joe Danger 2 that are kind-of, sort-of similar.

All that said, I should probably concede one thing: unless you're truly addicted to trophies, there's really no reason to buy Urban Trial Evolution on both your PS3 and your Vita. Graphics downgrade aside, doing that means you're basically paying for -- and ultimately playing -- the same game twice. If you have both systems, I'd encourage you to only buy it once, on the Vita, since the gameplay seems more suited to quick, pick-up-and-play sessions than anything extended.

If, however, you do all your gaming on one Sony system? Then forget about that and just download it now, and get ready to get addicted.