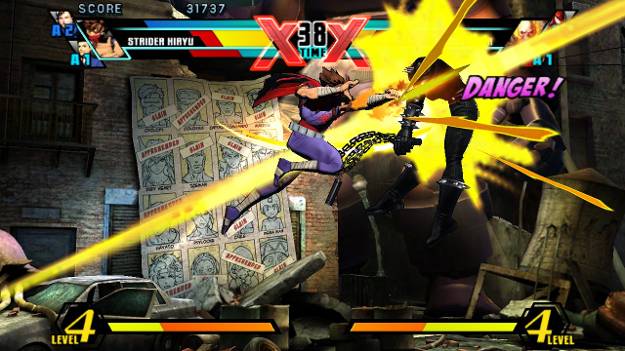 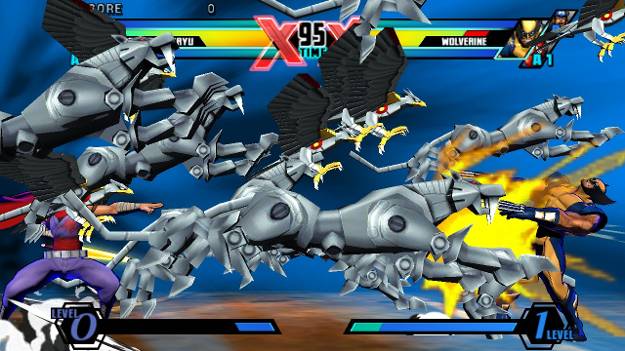 Capcom's love of releasing games on every platform in existence has been paying off for them lately. Resident Evil 4 has surfaced on most every console to exist since it first appeared on the GameCube. But every iteration of it has been better than the last, especially the Wii and PS Move versions thanks to the controls. Heck even the mobile versions of the game were pretty impressive.

Next up on the port list is Ultimate Marvel vs. Capcom 3 crashing onto the Vita. How does it manage to stack up? Well honestly it's pretty freaking amazing considering this is just a handheld game. It really shows just how the PlayStation Vita stacks up to its bigger console cousins.

The game comes with 48 characters for you to choose from with a ridiculous amount of variety amongst them. If that isn't enough for you then feel free to download Shuma-Gorath and Jill Valentine as DLC alongside lots of costumes. But really considering the massive amount of choice laid out before you it is absolutely no problem to create a team tailored to your preferences. Do you prefer a team based on playing keep away, turtling up while you pick at your foes with ranged attacks? Ghost Rider, Ryu and Iron Man are waiting for you amongst several others. 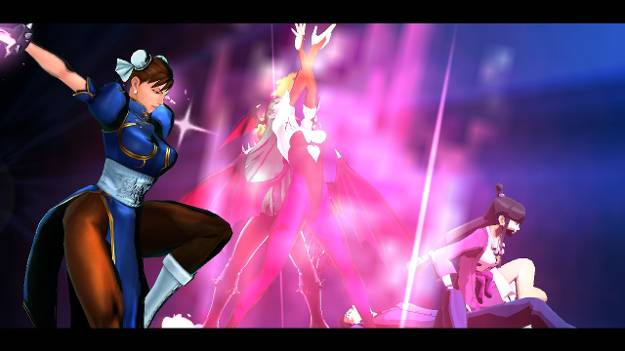 But really that's all old hat for anyone who has paid attention to the newest release in the series. What really matters is the gameplay and this is a mixed bag. While the gameplay mechanics for UMvC3 are completely and utterly intact the Vita's controls really manage to let the game down. So you can air juggle, bounce your foes around, pull off team supers and the various counters like you would do in the console games but that damnable d-pad is going to let you down.

The problem is that the d-pad is too small to easily perform a lot of the special moves found in these sorts of games. The rolling motion used for things like a repulsor beam or hurricane kick is pretty damn iffy at the best of times. Even if you switch over to the analog sticks, that isn't going to be comfortable enough to easily perform moves like a shoryuken or even performing super jumps due to how small that is as well. So really your options are to either use the too small d-pad or the too small analog stick.

One advantage to this is that you will get better at using the buttons to dash instead of using a double tap to do it. Unfortunately there's no work around for performing a super jump beyond using a launcher attack with the automatic super jump option turned on. The sad part is that the buttons aren't all that much better due to the fact that they're so small as well. It leads to an incredibly cramped experience trying to get at all of these buttons.

There are some touchscreen controls available to you but these are more of a novelty than anything else. Essentially they are a variation on the "Simple" control scheme where tapping on the screen repeatedly will cause you to perform a chain of special moves. These will obviously never hold up against any AI competition beyond the easiest difficulty and human competition is just out completely. 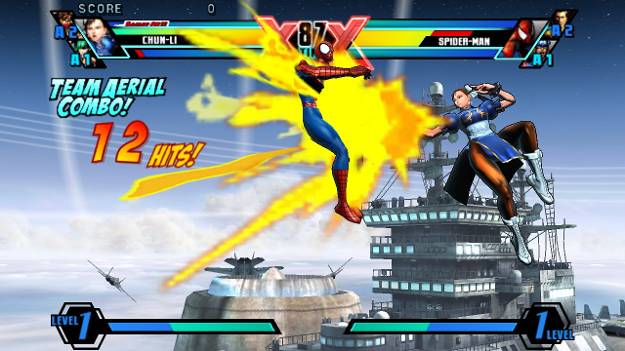 Luckily you can eventually learn to accommodate all of this. Personally I find myself using the d-pad for movement and performing most of the special moves whereas I will often use the analog stick rapid moves. So swapping back and forth I've been able to clear the game with most of the characters on the harder difficulties.

Unfortunately we haven't really been able to test the online portion of this game very much. Neither Heroes & Heralds, Ranked or Player matches are easy to find competition in. Whether this is due to the player base being too small at the moment, my internet not being happy with connecting to others or the archaic network options I have no idea. Why choosing the "Any Region" option won't match you up with people with the "Same Region" option chosen is a mystery to me. But regardless out of many hours of trying we were only able to get into three games, all of which were laggy to the point that touch screen controls do not work at all. So that's a bit of an issue.

Unlike its console brothers Ultimate Marvel vs. Capcom 3 is an immediate purchase if you own a Vita. While you have a choice to simply pick up Marvel vs. Capcom 3 for a cheaper price on 360 or PS3 not only is UMvC3 the only version of the game to be found on the Vita it's the best fighter on the console at the moment. Honestly if you are a fan of fighting games then this is definitely a must own.