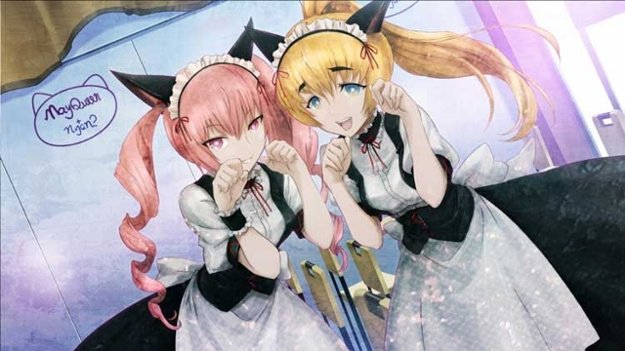 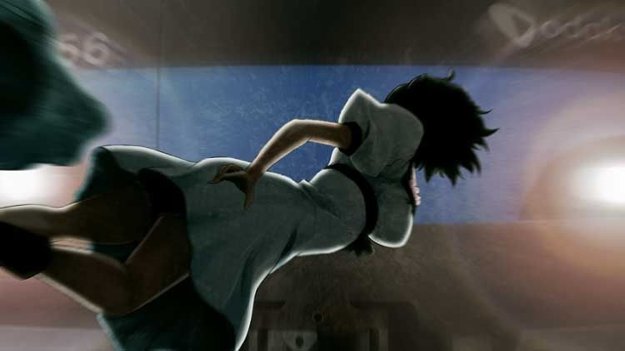 The visual novel genre is a tough one to review. It's like reviewing a movie - though, granted, an interactive one. It's also one I don't typically have a lot of experience with, as when I want to read a story, I'll read a book instead. Still, Steins;Gate caught my attention: at the insinstence of a friend, I'd watched the anime that was spawned from the game and quite enjoyed it, so I was curious to see what the game in which these bizarre characters and intricate storyline were spawned from was like. The answer? Pretty damn good - often heralded as one of the best visual novels made, Steins;Gate presents a strange tale of a time travelling microwave (sort of), a mad scientist and his crew (kind of), and an evil Organization that must be stopped (in a way).

In a tiny little apartment in the Akihabara ward of Tokyo, Rintaro is a self-proclaimed mad scientist whose chosen mission in life is to spread chaos and destroy the social order. His most interesting inventions are a microwave that spins backwards and a claymore mine that humidifies a room. One day he attends a conference on time travel, sees a dead woman, sends a text message, sees an entire crowd vanish around him, and meets that dead woman, alive and well, the next day. Then things get weird.

It's a story filled with twists and turns, methodically-researched science that is sometimes presented in anime metaphors (Kerr black holes are actually magical transforming girls, time travellers are super soldiers assaulting a demon's fortress), and a slew of memorable characters that all stand out from one another. Stellar voicework helps this out, as well as some really good writing. It's impressive how a character as rude and condescending as Rintaro (aka Hououin Kyouma), the playable 'mad scientist', can become someone you really empathize with.

That said, this game is a visual novel, emphasis on novel. There's a lot of reading. Dialogue, Rintaro's inner thoughts, text messages, and even message boards all come into play here, and aside from a few translation bugs (a Japanese character or two will show up on rare occasion), or text formatting errors (line breaks often appear in the middle of contractions like "can't" or "won't"), it's pretty good. That also means the gameplay is pretty sparse, and more or less limited to interactions with your phone. You'll get hundreds of texts throughout the game, and depending on how you respond to them (or don't), things will change. At first, it's a number of minor results - different replies, maybe an extra background or ringtone for the phone, or some backstory for a character.

As the game progresses and the stakes become higher, however...well, let's just say the future isn't set in stone. Then again, neither is the past. In a game about time travel, it's only natural that there are multiple paths to traverse - and in Steins;Gate, how you change the events of the past will affect how the events of the future play out, resulting in a number of endings. And if you want to get them all, well, that's a lot of time to spend. Because this game is long. Surprisingly long. Some of the dialogue is a little more drawn out than I'd like, and some of the scientific explanations, while interesting, go into way more depth than is really required. I'd argue that the game treats the person playing like an dummy, but this is more just a result of Rintaro treating pretty much everyone like an dummy.

As for fans of the anime who have never played the original game, I'd recommend it. It's like watching a very, very extended version of the show, with the characters you already know, and seeing much more of them. Plot lines and backstories are expanded on, and additional endings are introduced due to your choices that never made it to the anime. 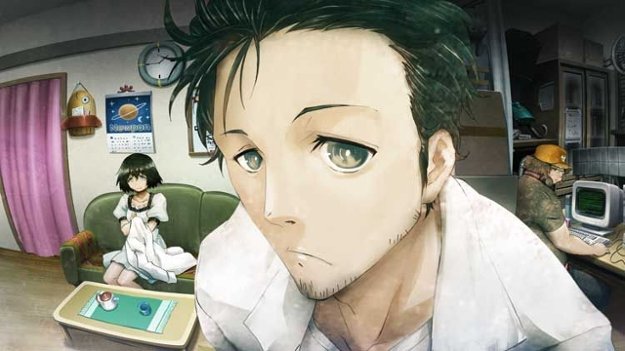 Steins;Gate earns its title of being one of the best classics of the visual novel genre. Unique characters, a heck of a story, and some good writing (in addition to some great voice acting) really make it stand out among others. It's also more suited as a handheld title than something to sit down and play in your living room, in case you're presented with that choice. If you want an engrossing story to get into, or even already know it and just want to relive the plot (and see the results of your actions in the other endings), I'd heartily recommend it. Just don't expect a smorgasbord of gameplay to be waiting to greet you.