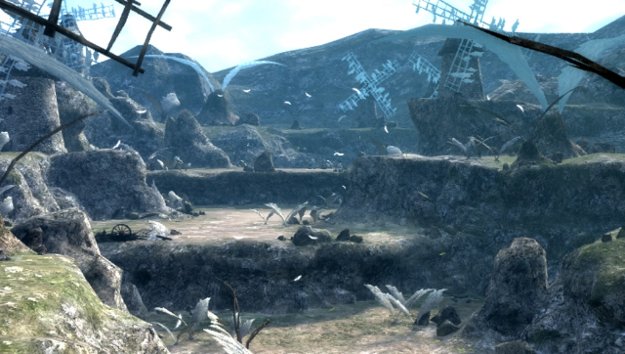 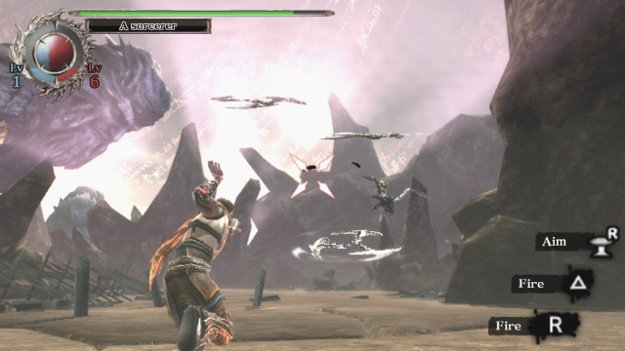 Here's the unfortunate truth about Soul Sacrifice: for all of Sony's positioning of the game as the Vita's "big release" for Spring (and I mean that literally; it's the only Vita game getting a physical release between March 21st and June 21st), it's an extremely niche game. Not only that, while the niche it targets may be huge in Japan -- specifically, people love Monster Hunter-style grinding -- there's not exactly an abundance of evidence suggesting the genre is about to be embraced by North Americans gamers in any significant way.

That's not to say that Monster Hunter-loving Vita owners won't get anything out of the game. Indeed, if what you're craving is online monster-hunting multiplayer (and Ragnarok Odyssey isn't scratching that itch), then Soul Sacrifice will ably meet that need. Heck, even if you're not a big fan of the genre, you'll probably find yourself getting caught up by the game -- and I say that from personal experience. I've never been a huge fan of Monster Hunter, and I found Soul Sacrifice's single-player mode to be mind-numbingly boring (more on that in a moment), but once I was able to find others to play with online, I was hooked. It's not a very deep experience, but if you just want bite-sized chunks of hacking and slashing and magic, it more than does the job. 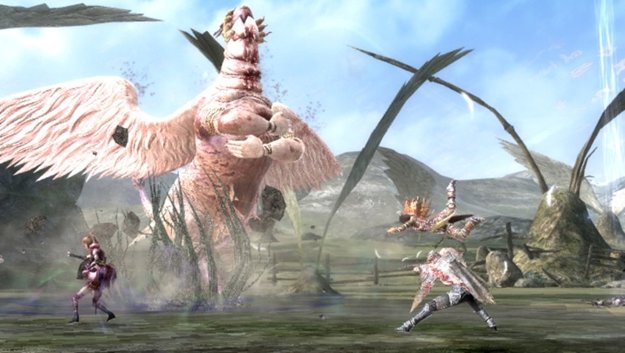 If you want more than that, though, you're probably out of luck. Soul Sacrifice really wasn't designed to be played alone or offline. No matter how much Marvelous AQL and Sony Japan may have tried to throw in some story about imprisoned magicians and sacrificing body parts and a sassy book of magic, if you're not playing the game's multiplayer mode, you're probably not going to get much out of it.

For one thing, the game gets incredibly repetitive very quickly. You start a new chapter, you kill all the monsters within a very small area, and...repeat. You can play around with different combinations of spells and weapons, though ultimately it doesn't seem like they vary all that much. Some set the monsters on fire, some freeze them, but you're basically just hitting the monsters over and over again in environments that don't change that much until one of you dies.

The bigger problem with single-player, though, is the AI. Simply put, your companions are ineffectual idiots. They're barely a help to you when you're alive, and if you die, you can forget about trying to complete a level -- while it's neat that the game allows your spirit to boost your partner's offense and bring down the monsters' defenses after you sacrifice yourself, it's a lot less neat that your partner will then choose to spend the rest of the match running around and attacking only sporadically until he dies. Occasionally you might get lucky, and your partner will stay out of the way, but it's fairly obvious that Soul Sacrifice was designed with a multiplayer focus in mind.

Which isn't a completely bad thing, of course -- the multiplayer is pretty great. If you plan on primarily playing the game online, then by all means suffer through the first few chapters so you can build yourself up enough that you won't die as soon as you begin playing multiplayer. But if you're looking for something you can play by yourself...well, keep looking, because Soul Sacrifice definitely isn't it.