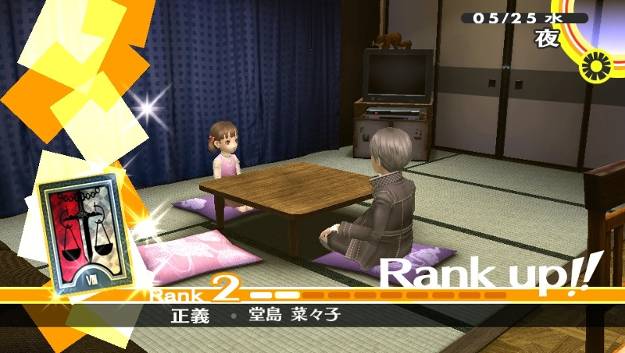 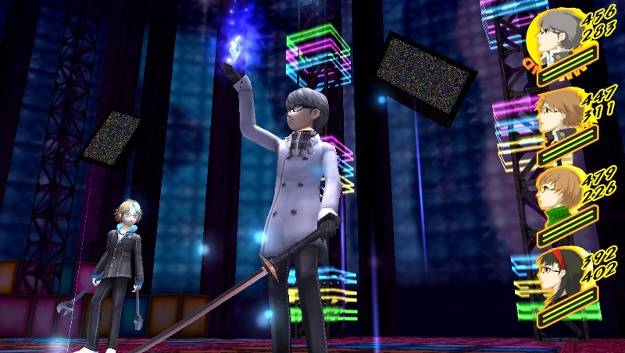 When Persona 4 released in 2008 it was incredibly well received. People praised it for the improvements to the gameplay that was so well lauded in its predecessor, the music had plenty of praise heaped on it and the way that it was written, notably how it deals with mature themes such as questioning ones sexuality, got it some incredibly positive attention. Considering that it was followed up with a manga, a light novel, an anime and a fighting game that were all incredibly well received this spin-off from the much lauded Shin Megami Tensei games has managed to reach near Final Fantasy levels of mainstream acceptance.

All that said as a gamer I was always more of a fan of Persona 3. While the story and characters were solidly written the story always felt too hopeful and upbeat as compared to the bittersweet other entries in the series. That and a few of the gameplay quirks, notably how hard it was to ambush enemies in the field, made the game a slight bit less engaging than Persona 3 which ranks as one of my favorite games of all time. 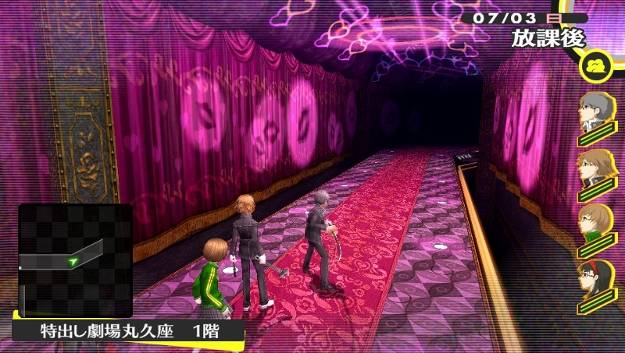 But Persona 4: Golden takes many of those things that were off-putting about the game, rebalances or overhauls the problem and then adds a nice layer of polish to the whole experience. Not even settling for that the developers added entirely new Social Links, one of which can lead to a new ending, and an entirely new dungeon to explore before the finale. To put it bluntly not only is P4: Golden an improved port it is, without a doubt, the definitive version of the award winning RPG.

For the uninitiated Persona 4 is basically a murder mystery set in a small town in the Japanese countryside. You step into the shoes of a new kid who has just moved into the town of Inaba to stay with his uncle and cousin. Almost from day one life goes mad in the town with mysterious murders puzzling the police. A group of teenagers from the local high school end up working to solve the mystery thanks to their ability to enter an alternate world accessed by stepping through the television. To combat the evil that is at work they will investigate both worlds, make allies, battle monstrous enemies and face down the deepest, darkest aspects of themselves.

The strength of Persona 4 isn't in the basic premise though, that's nothing entirely remarkable. But the way that the game takes this premise and runs with it to create believable, deep characters, an emotionally compelling story and scenes that elicit strong responses from the player themselves is just short of masterful. This is a game that engages the player and hopes to make them truly care for the characters contained within.

While initially skeptical about any game being released for the Vita, as it's not proven itself as much of a handheld quite yet, the developers took the smartest possible path when it came to developing for it – take advantage of the beautiful screen, powerful processors and don't waste time with touch screen or motion controlled gimmicks. Due to this the game looks absolutely sharp as can be. All of the cutscenes and character portraits just end up looking gorgeous on the amazing Vita display while the stylized character models move smooth as butter both in combat and outside.

More importantly the game has been touched up in the most necessary way: game balance. In the PlayStation 2 version of the game none of the plotline bosses have any real elemental weaknesses which have the unfortunate side effect of making the battles immensely tedious slugfests. Conversely the bonus bosses you could battle were made easier, even without weaknesses, thanks to predictable patterns or the fact that they only used their uber-attacks very rarely if even more than once.

In Golden this has been changed so that storyline bosses have elemental weaknesses but bucket loads of health and they don't hesitate to spam their most damaging or highly debilitating attacks. While this makes the fights a bit easier it still leaves them as a fair challenge. But the bonus bosses? Oh dear. They gleefully spam their most powerful attacks while shrugging off your own and since they often still have no weaknesses you're going to be hard pressed for figuring out how to take them down. Even though this makes the bonus bosses immensely frustrating to fight the fact that they are optional means you can skip them while the unskippable plotline bosses are much more reasonable. It's a fair trade off that makes the game infinitely more accessible for a more casual RPG fan but it may still chafe to fight the same battle dozens of times waiting for the boss to choose not to spam that one attack over and over, allowing you to win.

Various other small tweaks have been brought to the game to make the experience a bit less rough. A rather notable addition, familiar to anyone who played the DS Shin Megami Tensei titles, is the ability to choose what abilities your fused Persona will inherit. This removes the unbearably long minutes spent shuffling your fusion so that you get the perfect mix of skills only to settle on a lesser fusion. You still have to obey the inheritance limits of the Persona in question, so your fire Persona still can't have that lovely ice skill but it makes things so much simpler. Plus, if you want to put skills on your Persona post-fusion, you can now use various skill cards that you pick up in the dungeon to give them any skill you want even ones that they can't normally inherit. 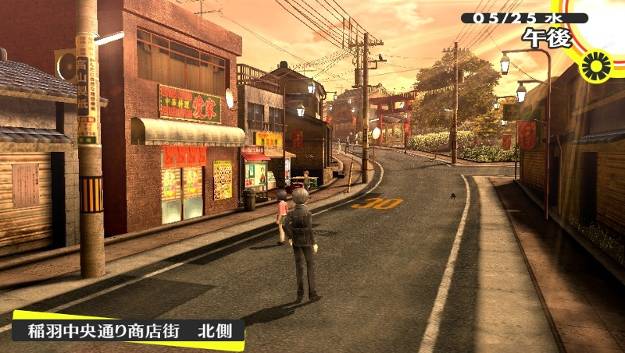 Last but not least are the TV listings, a new addition to P4: Golden. By entering this from the main menu you can watch previous cutscenes, listen to the soundtrack, watch footage from the two Persona themed concerts and get lessons from some of the teachers in the game that explain the theories behind Shadows and Persona. It's a very nifty addition but, even better, is that it lets you check the weather if accessed from within an active game. It's a small thing but it lets you plan out your day without needing to find one of the weather forecasters.

Even though I own Persona 3 Portable I still find myself playing Persona 3: FES because while the handheld version was interesting it wasn't a tremendous improvement over the original. But with Persona 4: Golden the original has been easily replaced by the port. With all of the new additions making the game so much quicker and easier to play there is literally no reason to dust off that PS2 any longer.