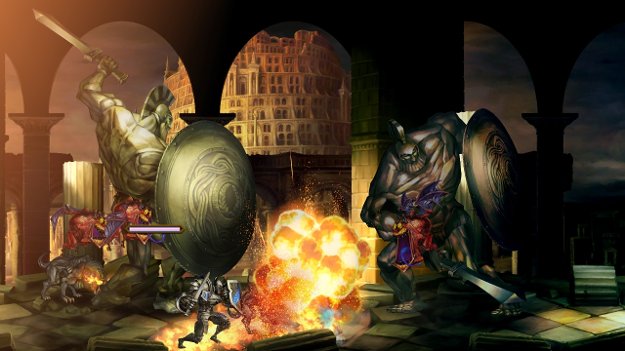 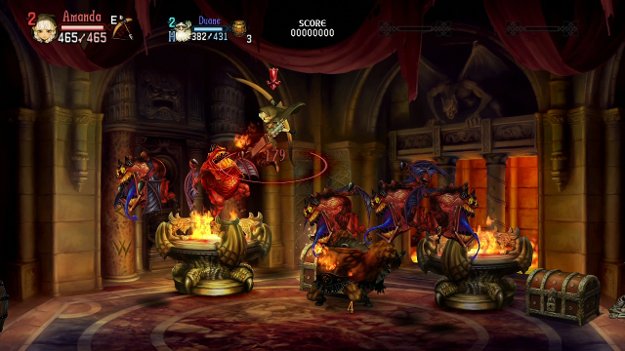 Let's get this out of the way right up front: visually, the characters in Dragon's Crown are kind of absurd. They're extreme representations of beauty/body ideals, with far too much of their body mass centred in their top halves, and they look like they came straight out of some 13-year-old's heavy metal fantasy.

And that's just the men. (It should go without saying that the female characters aren't much better.)

Here's the thing, though: after you've played the game for about ten minutes, none of that matters. Yes, it looks insane at first glance, but once you get into Dragon's Crown's world -- with its renaissance faire soundtrack and its Tolkien-y storylines and its overall devotion to creating a lush fantasy world -- it all starts to make sense, in its own way. If you step back for a moment, of course, the impossibility (for lack of a better term) of the character designs will immediately jump out at you -- to the point where, yes, you might wonder if Vanillaware are using teenage metalheads and/or Ren-Fair geeks to provide them with design direction -- but as long as you're in the thick of it, you'll probably just go along for the ride.

Good thing for Dragon's Crown, then, that it's a game that's designed to keep you playing as long and as much as possible. Six different characters, each with their own storylines; over 100 hours of content, including dozens and dozens of side quests that amount to something more interesting than fetching and gathering (though, admittedly, what makes them interesting is the stories given when they're doled out); and, most importantly, the ability to cross-save between your Vita and your PS3.

Of course, simply offering lots of content means nothing if the gameplay doesn't deliver -- but thankfully, Dragon's Crown doesn't fall short in this area, either. The mechanics of the game are refreshingly straightforward: you walk forward, you hack and slash everything in your path, you pick up all the loot you can carry. Additionally, moving from place to place never feels like a chore, and you're never left to aimlessly wander around searching for stuff. The central hub is easy to navigate, and moving from one world to another is as simple as pressing forward or back on the area selection screen. Similarly, the game makes it easy to manage your inventory and level up your skills and abilities (two things that, in games like Skyrim, usually make me feel cripplying indecisive): you go to the scantily-clad magician's shop for the former, and the absurdly musclebound warrior for the latter. 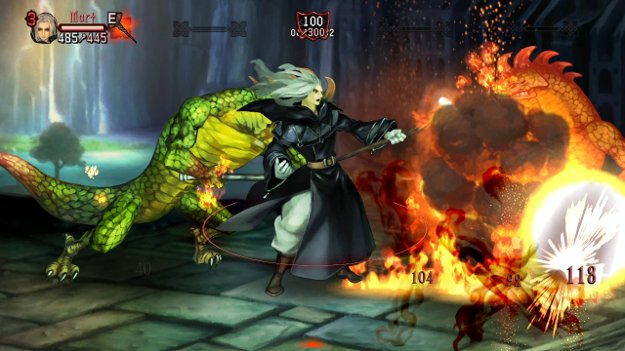 The game isn't without its flaws, mind you. In Dragon's Crown's case, however, the biggest problem isn't what's in the game, it's what the game isn't: specifically, it's not a Cross-Buy title, meaning people who own both a Vita and a PS3 will need to double-dip if they want to take advantage of playing the game everywhere they go. While I've no doubt that Vanillaware have perfectly valid reasons for not making Dragon's Crown Cross-Buy (it is, after all, a pretty niche title), it's a little infuriating when you consider how similar the two versions of the game seem to be. To my (admittedly untrained) eye, the differences between the PS3 and Vita versions are as follows:

In other words, the differences are seemingly negligible enough between the two games that it's hard to understand why they're separated out the way they are.

Not that that should stop you from picking up the game in one form or another. Dragon's Crown is excellent whether you're getting it for gaming on your couch, on the go, or some combination of the two.