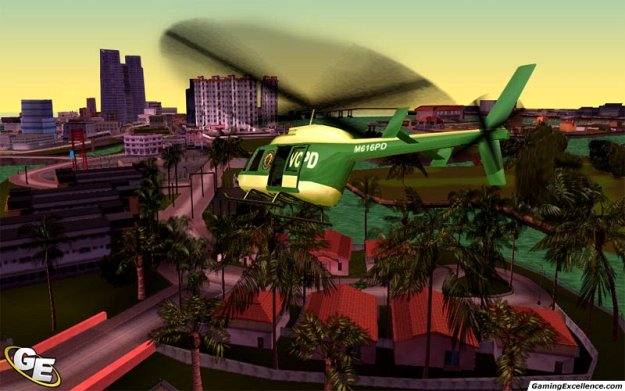 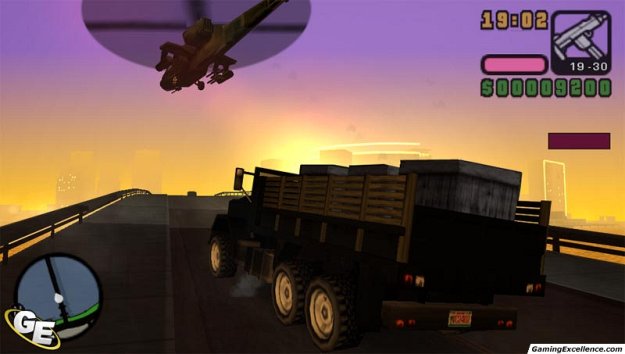 I've been an avid fan of the GTA franchise since the days of the original 2D environments. When GTA III introduced us to a living breathing 3D Liberty City, I suddenly became sick with a cold and let my boss know I wouldn't be in for a couple of days. When Vice City came out I found myself in the throws of a terrible flu that just wouldn't let up until I had built Tommy Vercetti's criminal empire. San Andreas, arguably the most expansive title in the series, had me lined up on release day, but seemed to lack a lot of the character of Vice City. To this day I rest at 60% completion, mainly due to the sheer amount of content in that game, but more than that, it just felt like it was missing that special immersive quality that designers seemed able to infuse into VC so effortlessly. I've always believed that Rockstar's decision to set that GTA in the materialistic decade of the 1980's was nothing short of genius, mainly because it tickled the nostalgic bones of the game's key demographic. What could be better for a male gamer in his mid-twenties than committing vehicular homicide with Flock of Seagulls blaring on the surround sound? For me it stands out as the best GTA title to date if you simply take into account that it was so fun to play and so immersive. Vice City Stories retains all of the character of the original Vice City, while introducing some gameplay innovations that add some depth to the game over and above its core content. While I may not have called in sick to play this one, but it's a drastic improvement over Liberty City Stories, which pretty much left me opting to go into the office on weekends.

This game is very much a GTA title from the standpoint of presentation. Vice City Stories gives up nothing in terms of quality in comparison to it's console predecessors, and simply blows away Liberty City Stories for content. LCS was very much a GTA title, but the lame story and music simply fell short. The story in VCS doesn't too fair much better, but it's passable, and easier to accept in light of the things Rockstar got right this time around; namely atmosphere and gameplay.

Players assume the role of Vic Vance, brother of Lance Vance, who most will remember as Tommy Vercetti's partner from the original Vice City. VCS is set a couple of years before the events of VC, where Vic finds himself penniless, left to fend for himself on the streets, discharged from the military after getting caught stashing dope in his barracks for a crooked officer. Vic has a sick relative who, of course, needs a fat wad of cheddar to cure his illness. So our buddy Vic then resolves, reluctantly, to work his way up VC's criminal ranks, supposedly cringing with every drive-by and squashed pedestrian on his way to raise some dough for his ailing bro. The play for empathy by the narrative comes in the form of the its incessant need to convey that deep down, "Vic is just a good guy in a desperate situation..." Yeah, that's the ticket. I flat out didn't buy the whole "reluctant criminal with a heart of gold" angle. It's absurd to me that Vic, who is apparently this honorable person caught between a rock and hard place, who could be so conflicted about transporting a truck full of dope to its destination, then has absolutely no reservations about the body count he racks up getting it there. It was during these moments that couldn't help but wish that the protagonist was some mobster fresh out of the joint, or some nameless mute like in past titles. Thankfully, Vic's role as a martyr and the story's disconnect in logic ends pretty early on, but never quite goes away. Pretty soon, for the most part, Vic ends up as just another badass working his way up the ranks. I didn't love the characters, but they were way more interesting than those in LCS and certainly within the envelope of what you'd expect from GTA. As usual, you'll run into familiar faces from other games like the, aforementioned, Lance Vance, and Phil Cassidy, the redneck military drop out who befriends a freshly discharged Vic in the first missions of the game. It's somewhat of a passing novelty to see early events in the lives of characters from other GTA games, but none of this carries much weight. Gameplay innovations, on the other hand, really help this game stand out as one of the better titles in the GTA series.

Before I get to the good stuff, I'll hammer out the not so good stuff. There are glitches a plenty in this one. There are glitches with graphics, collision detection, audio, gameplay, you name it. Pop up, where objects don't appear until you've essentially crashed into them, has always been an issue with a game of this scope on more powerful platforms, but on the PSP they're far more frequent and pronounced. It just seems like the PSP becomes frequently taxed by the sheer amount of content it has to deliver on screen at once. Textures for roads, structures and vehicles pop in and out frequently regardless of the pace of the game action. Many times during the course of this game I hit invisible fences that would fade in long after I'd hit them. Vehicles in particular sometimes appear in front of me, leaving no time to react. It seems almost like the draw distance for vehicles would drop as the pace of the action increased, but I can't be sure. I adopted a sort of lowered pace to the game in order to preserve the frame rate and draw distance. Appearance wise, the graphics are quite good, in the context of this being a GTA game on the PSP, comparable to those of Vice City on the PS2. One thing I noticed was that characters have defined fingers now so it doesn't look like a bunch of humanoid gangster lobsters walking around. Even little details like the rims on certain cars and the animations of the NPC's in the game seem to have been refined. The neon lights are fantastic, the sunrise and set are fully intact.

The audio in the VCS suffers from technical issues as well, which is unfortunate because the soundtrack is so phenomenal. In-car music for radio stations sometimes skips mid song, fade or cut out altogether. There are also moments were the audio lags behind the in-game action. Other familiar glitches show up in the form of a lock on system that seems to always target cops and pedestrians when I intend to peg a "buddy" with the sub machine gun standing five feet away. Garages are useless for the most part due to their ability to eat cars now. They're pretty much akin to a series of little Bermuda Triangles scattered throughout the city. Needless to say, that if you leave a car in a safe house garage before saving your progress, it's quite likely that it won't be there when you go back to retrieve it later.

You might gather from all of this that I didn't enjoy Vice City Stories. The truth is quite the opposite. The weird thing about my experience with VCS is that despite all of the technical gremlins that litter the game, it still comes together as a really enjoyable cohesive package much like Vice City did when it was released.

The audio is what stands out in GTA titles and this one does not disappoint. The soundtrack is phenomenal. It's certainly on par with Vice City and surpasses it in some ways. I can't possibly list all of my favorite songs and talk radio bits, but this is some of the best audio in the series. There is nothing like picking up that special lady to trade a little money for health while, "Sexual Healing" plays calmly on the radio. Sing on Marvin! Or gunning down innocent by-standards to KISS' "Lick It Up". The music and radio banter would actually be enough for me to enjoy the game, but those who don't love the 80's can rest assured that the core gameplay is classic GTA and every bit as enjoyable as any other title in the series. There is still no better digital pastime for me than cruising the nooks and cranny's of the city causing random mayhem.

It deserves to be said that the controls, especially when on foot during shooting sequences can become really unruly. The lock on system really takes any skill out of firefights, but because it sometimes locks on to unintended targets, which can make seemingly simple exchanges twitchy frustrating affairs. The analog on the PSP does an okay job of controlling Vic as long as you limit your use of it in tight spaces; otherwise it takes on a mind of its own and spins out of control. I can't help but feel how much cooler GTA will be when someone finally addresses it's control issues. Lets say the controls respond within a GTA fans' envelope of expectations for this series, which has never been renowned for tight controls. On the other hand, the in-car controls feel fantastic. The core gameplay is pretty much on par with any other GTA. As with other titles, I learned to live with the janky controls in light of everything else VCS had to offer.

What VCS does to make things a bit more interesting when off the beaten path of the core story missions is to introduce a new gameplay dynamic in the form of an Empire building system. I would liken this to a mix between the ability to own businesses from Vice City and the ability to attack and acquire gang territory in San Andreas. These businesses act like safe houses that you're able to upgrade in order to generate regular income. Basically you can define the operations of the business, upgrade it, and increase your reputation in that part of town by performing a string of basic tasks linked to the operations of that type of business. For example, protection rackets will have you protecting your stores or attacking those protected by other gangs. Prostitution rings will have you delivering and protecting your "inventory", etc, etc. It all gets very repetitive, but pays off in the form of guaranteed appreciating cash flow on paydays. Not only can you upgrade your own businesses, you can attack, destroy and acquire those of competing gangs in the city, which again can become repetitive, but has a certain level of depth to and gives you a more compelling reason to stray from the core missions.

GTA: Vice City Stories is very much a classic GTA title which fans and newcomers will enjoy despite its technical shortcomings. If you enjoyed the your first experience in Vice City, then it's certainly worth picking up for a return visit.