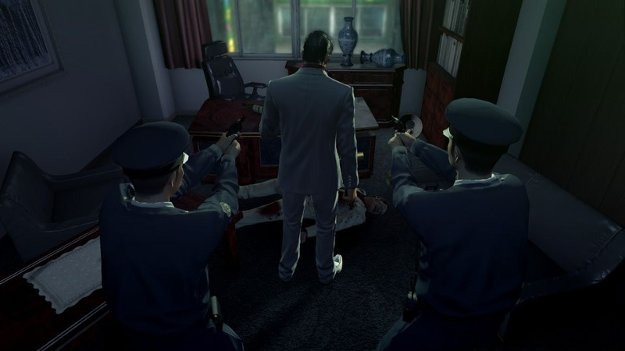 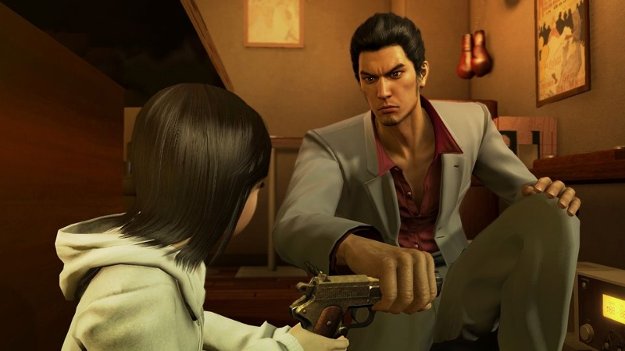 The Yakuza series has been a wild ride, seeing wild changes over the years to the Kamurocho district that often acts as the game's focal area, with a rotating cast of characters through the years, but always with one Kiryu Kazuma at the center of things. Its original title, Yakuza,  was released on the Playstation 2 in North America in 2006, but for people who didn't have a chance to play it, seeing the origins of Kiryu was something that they would need to look up videos for (or see the synopsis videos in subsequent Yakuza games). Yakuza Kiwami, however, changes this. 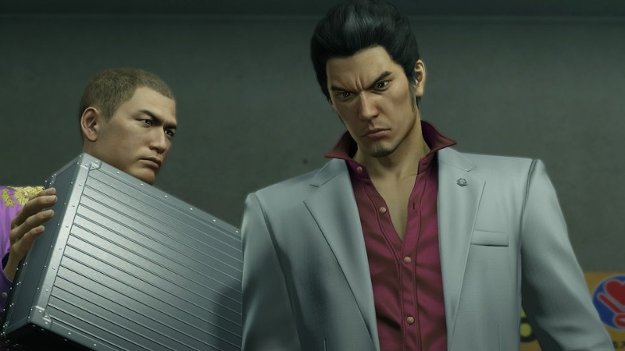 In Yakuza Kiwami, Kiryu is just a regular Yakuza in the year 1995, yet to encounter the spectacular events that will eventually shape the rest of his life. Soon, he's thrown into prison for a crime he didn't commit, and returns to a very changed world 10 years later, ready to try to reconnect with his old life. But, as you might expect, things don't go so smoothly. It's an interesting story, perhaps more so to see the origins of the Dragon of Dojima than the actual story itself. It's strangely told - I'd almost describe it as 'disjointed', as characters and villains are introduced, nearly forgotten, only to re-emerge later after having little to do with the story at all. One villain in particular only even shows up at the end of the game, like we're supposed to care about him.

There are some new story elements introduced with Kiwami, showing some of the events that occur during the 10 years that Kiryu is behind bars, which adds some additional depth to a character important to the story. I can't imagine how jarring the character's change would've been in the original release without these little flashbacks to the past, so this change was refreshing. And of course, there are little nods and references to other Yakuza games, such as referencing Kiryu's past as a real-estate agent in 1988. These kinds of references are a cute little wink to other games, but also strange - Yakuza Kiwami should be the definitive starting point for people new to the series, but there are numerous sidestories and minigames that reference a history between Kiryu and other characters that simply feels out of the blue if you haven't played Yakuza 0.

The gameplay of Kiwami is, like almost all Yakuza games, a bit of walking around Kamurocho, beating up the many goons that are foolish enough to approach you, and a lot of side content - whether minigames like pool and car racing or sidestories that range from the melodramatic to the ridiculous. As always, this side content can easily take up a majority of the game, whether you want to play mahjong, chat with hostesses, fight in a colosseum, or solve what seems like every problem in Kamurocho. It's the heart of the Yakuza series, and it hasn't changed one bit.

Of course, the game has been completely revamped from the bottom-up for the PS4, using the Yakuza 0 engine to process it all. This, while obviously improving the game from its original release. The fighting system is more or less lifted from Yakuza 0, offering you multiple styles of fighting to use in combat, few loading screens, and a few minigames that weren't even present in the original Yakuza at all (such as the aforementioned slot car racing).

While this certainly gives the game a new shiny coat of paint, a side result of this is a strong feeling of similarity to Yakuza 0 in almost every single way, bar the story itself. Worse yet, due to the removal of such content from Yakuza 0 such as the real-estate gameplay or Majima's story, the game feels like a step back entirely in content. It really just ends up feeling less like a revamp of the first game, and more like some expansion content for Yakuza 0, not really worthy of its own big release. You'd be hard pressed to take a look at this game and point out anything really new beyond the storyline and perhaps a card-based minigame that's...not very good (the card battles are a rock-paper-scissors affair in which sultry women dressed like bugs in bikinis fight in an arena).

Probably the greatest amount of new content the game offers is present in the new 'Majima Everywhere' system which, at a risk of sounding obvious, is a system in which you encounter Majima....everwhere. Essentially, Goro Majima wants to fight Kiryu Kazuma to build up the strength that Kiryu lost from all those years in prison. And to do it, Majima will fight him at every opportunity, whether its by chasing him down on the streets, ambushing him from a trash can, or even 'fighting' him in a minigame battle. These battles are a tough, but necessary, evil, though at certain points it can sometimes get tiring to have to fight the guy yet again, as the battles themselves can often take some time. If nothing else, though, it's amusing to see Majima try so very hard, even if it means dressing like a zombie or police officer just to try to fight Kiryu.

The thing is, Kiwami offers a great chance for those who came late to the series to play through Kiryu's beginnings, but the step back from Yakuza 0 makes it tougher to recommend than any other Yakuza game. The strange thing is that it doesn't really do anything wrong, per se, it's just not as good as the game that came before it. That said, if what you want is more Yakuza, more beating up random thugs on the street, and more, then Yakuza sure has your back. Coming so closely off the heels of Yakuza 0, however, has done nothing but tarnish it by making its content feel old, even when you're booting the game up for the first time.