The Evil Within (PS4) 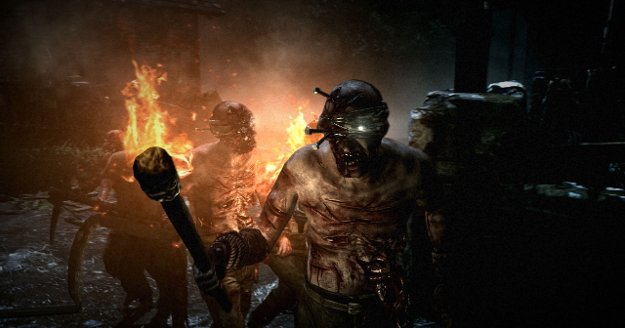 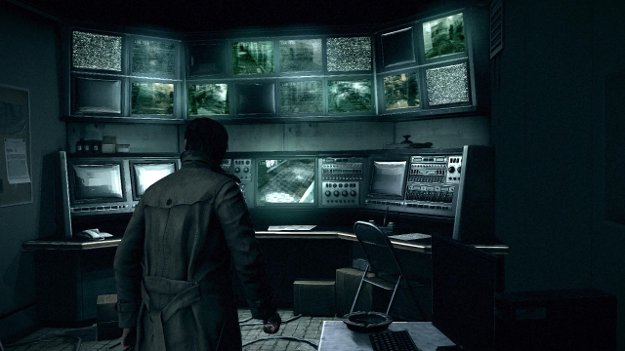 Huddled in a small, dark theatre at Bethesda's booth, a group of us watched as Shinji Mikami, creator of the seminal Resident Evil series, stepped forward to introduce his new game: The Evil Within. Telling us he wanted a return to the style of survival horror seen in Resident Evil 4, he wanted an addition of sneaking and stealth skills in order to create a more tense horror, where you would need to hide from the monsters, not just shoot them.

The demo then started with detective Sebastian Castianos arriving at Beacon Mental Hospital to a scene of death - abandoned police cars, dead officers, and a number of unsolved mysteries. Things get really weird when he observes a hooded man efficiently and brutally cutting down armed police men, and then suddenly...him. Except that Sebastian wakes up hanging upside down in a terrible place, surrounded by upside-down corpses and a very, very unpleasant looking man with a chainsaw.

The game is, in essence, a third person action title. The first part we saw didn't have any shooting, but instead just showed Sebastian fleeing from the man with the chainsaw - hiding in a locker, avoiding traps, and using items to distract the monstrous foe. Eventually, Sebastian escaped the asylum...and things did not look good. Apocalyptically unpleasant, in fact.

The demo progressed to another scene - in some sort of cabin surrounded by quiet wilderness, we got to see the gunplay in action. Ammo was tight - it felt appropriate. Kneecapping armed enemies, headshotting those who got too close - it did feel a lot like Resident Evil 4, as Mikami had said.

That wasn't all - there was a sudden rush of enemies against the cabin, forcing Sebastian to pick up some traps and place them in strategic locations, taking out the survivors as they burst in through the windows. As things got too tough, the demo player fled to the basement, and with a sudden burst, was suddenly somewhere else, somewhere different.
It wasn't long before Sebastian discovered a strange, egg-like object at the end of a hallway - and from that burst a terrifying lady spider-creature, chasing the detective into the hall and pouncing, before the title appeared on the screen.

The game looks pretty freaky, I'll give it that - it's a dirty, grimy sort of horror, one of blood and rust, of infection and death. Looks good, and from what I've seen so far, it's a good balance between the power you get with a gun and the helplessness you find without - though it's unclear how often you'll need to hide, or what monsters you'll need to hide from. Still, survival horror fans should really be looking forward to this one, from a pro at the genre. Look to be scared next year, on the Playstation 3, Playstation 4, PC, Xbox 360 and Xbox One.