The Deadly Tower of Monsters (PS4) 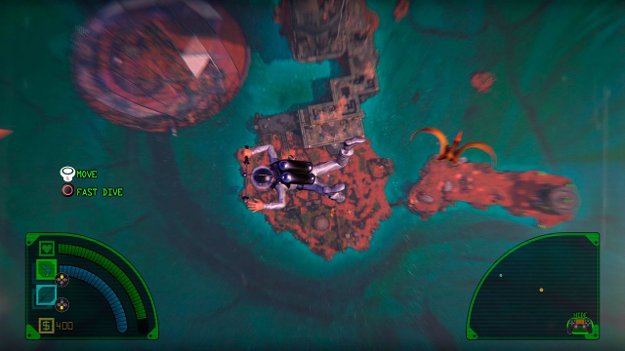 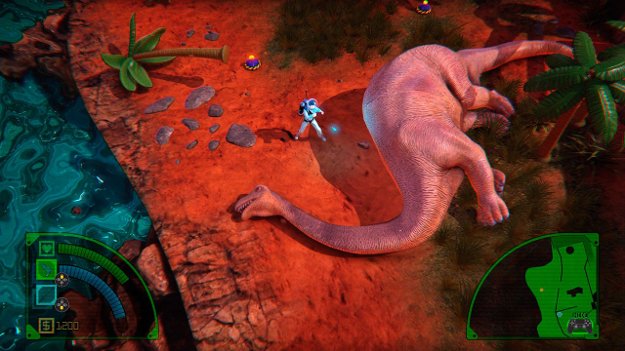 Old science-fiction films from the earlier have of the 20th century were an interesting thing - cheesy effects, bad acting, and a shoestring budget that meant actually decent editing was a luxury not really worth springing for. It's in this world that The Deadly Tower of Monsters was made, a classic B-or-C-list film with a forgettable plot about a hero from space crash-landing on a planet to take out an evil emperor.

See, though, that's the movie...inside the game. In this, the latest game from Zeno Clash and Abyss Odyssey developer ACE Team, you play through the eponymous "The Deadly Tower of Monsters" film, complete with director's commentary from a director whose approach to safety can be best described as 'unexpected' and his respect for his employees 'optional'. So as you'll play, you get to hear comments about the stuntmen in the costumes, the actors that play the leading roles, and all the safety regulations

that were discarded in the name of 'not spending money'.

It's this commentary that really makes the game shine - it breathes life into what would've probably been otherwise an interesting but ultimately forgettable game to play through. The director, a man by the name of Dan Smith, talks continuously throughout the game on everything from the enemies, to the sets, to the actors, and the plot. Really, the game is more about him than the characters in the film who, at most, get a couple dozen lines each. One part in particular stands out to me when I saw an enemy that looked, well, like a vaccuum cleaner with legs: as I saw it, I thought, "Weird. That looks like a vaccuum cleaner stuck on a dog." Sure enough, ol' Dan brings up how easy it is to make a monster when all you need to do is combine a staffer's dog that happened to be on set with an old, hollowed-out vaccuum cleaner (the staffer was not happy about this). The man in charge of the recording studio lends his opinion in every now and then too, at some points taking the spotlight when things get...weird.

This premise, of a movie that you're 'watching', permeates almost every aspect of the game. For example, you can always tell which of the enemies are stuntmen in cheap suits, since the ones who aren't have a very noticeably stop-motion affect applied to them, like something out of an old movie. Likewise deaths are chalked up to 'incorrect footage' that was either filmed accidentally or used to fool people who tried to see the film before they were supposed to. It all comes together to create this cohesive sort of meta-narrative to the entire thing that really makes it more fun to play just to hear and see what will be coming up next. 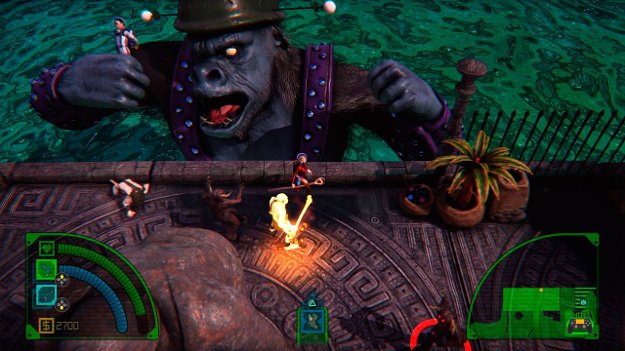 The gameplay itself is fairly mundane for the most part - you move forward through each level by beating or shooting every enemy in front of you, with some minor ability to upgrade your weaponry and strengthen your abilities (extra health, more energy for your guns, that kind of thing) as you proceed. What adds a good amount of flavour to the game is the titular tower itself, and the role it plays. See, most games that involve a large tower to ascend usually involve climbing the inside of the tower itself, relegating the outside world to something you see as you transition between floors, allowing you to marvel at how high you've come. In The Deadly Tower of Monsters, you're climbing the outside. And there is a lot of tower to climb here.

What this means is some really interesting level design in the game, as there aren't really any 'floors', per se - so you rarely realize how much vertical progress you're making until you take a moment to look over the side and realize that, yes, those are clouds below you. The way the tower widens and contracts as you move upwards - like a part of it that consists of a rotating ring of asteroids - gives it a feeling of breadth as well. 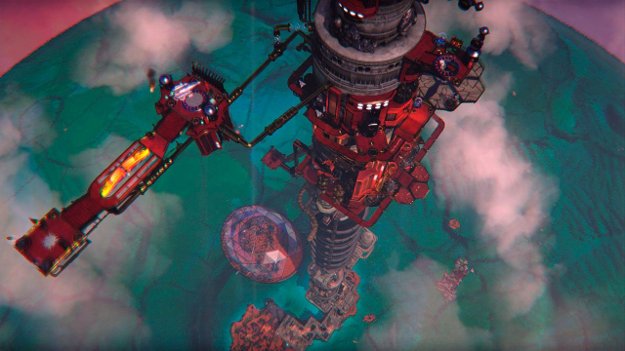 Oh, and let's not forget a major element of the gameplay: at any point, at any time, you can jump off to a point below you, sailing downwards to find collectibles, and secret areas. There are even some places that can only be found by reaching some of the highest points and leaping off of them. The view is spectacular when you're falling from hundreds of meters up! Thankfully, you can teleport between numerous points on the tower, and there's a dedicated teleport-to-safety button if you happen to slip off a ledge and fall.

Like many of their other games, ACE Team has created a title that manages to creatively stand out from others, with a unique meta-narrative and a setting that, even though it's set on a tower, it's anything but a floor-by-floor game. It's comical, visually interesting, and even with a fairly mundane combat system, fun to experience.