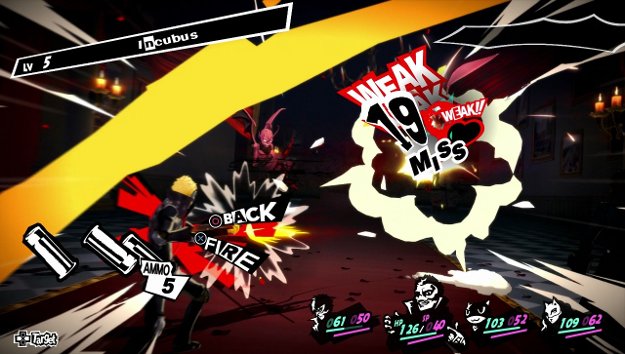 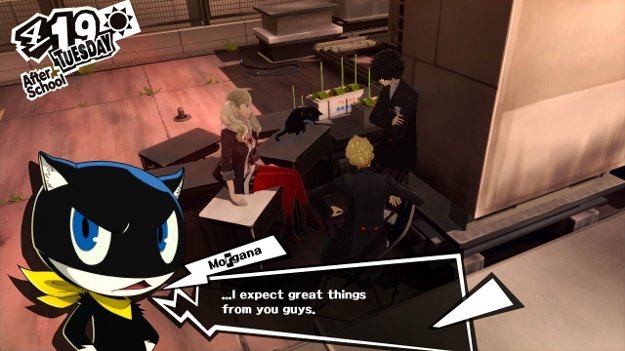 Persona, a modern spinoff of the Shin Megami Tensei series, has always been something of an odd duck, especially since its third iteration. Since Persona 3, the series has had a strong focus on the non-combatant part of your characters life, giving you social links, schoolwork to pay attention to, and a variety of non-combat-focused attributes to keep track of. In Persona 5, this tradition continues, with even more choices to move forward with, while heaping on a healthy dose of style. 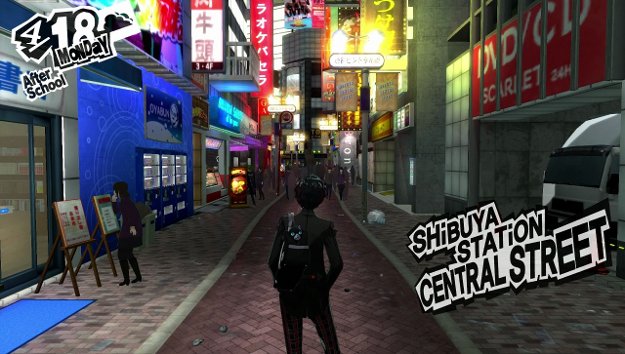 Like its predecessors, Persona 5 forces you to balance a social life, school work, and dungeon crawling, managing your time effectively to become closer to friends and confidants while also not neglecting your martial prowess. And Persona 5 gives you many, many avenues to do this. On any given day you can study, grow your social connections, go into a dungeon, do some laundry, make coffee, make tools, watch a DVD, work at a part-time-job, with more options available off a list that seems to grow and grow as the game continues. Sometimes the plot gets in the way of your free time, forcing you to spend your time with cutscenes and dialogue, but for the most part you're left to your own devices.

The second half of the game is where you and your teammates, venture into metaphysical spaces called Palaces, manifestations of a person's twisted desires. It's here where you'll fight monsters using your eponymous personas, get stronger, delve deeper, find treasures, all that dungeon-crawling stuff - and, notably, you are no longer doing this in randomly-generated dungeons, as was the case in Persona 3 and 4. Instead, each level has been constructed to create a much more interesting dungeoneering experience. Levels are also more dynamic, having you jump up to and between ledges, interact with the environment, and sneak behind corners to ambush enemies in a very loose sort of stealth gameplay. However, if that random dungeon is what you crave, then you'll just need to play the game a little bit before the option to venture forth into a large, random dungeon known as Mementos appears... 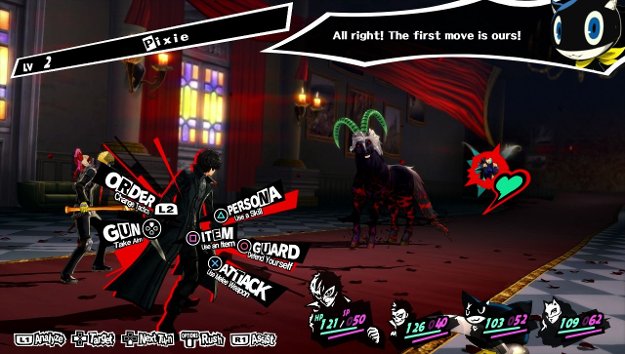 Combat is also one area where Persona 5 has greatly improved upon its predecessors. Much like all combat in its series, winning battles is dependent on you exploiting your enemies' weaknesses while trying to cause them to not exploit yours. Hit their weakness, and you get an extra turn - but they can do the same to you, so winning a battle can often mean bringing the right party members with the right abilities and elemental strengths. And, due to a new combat interface, battles are much quicker, and the ability to allow you to immediately select a move that your opponent is weak against (if you are aware of the weakness, of course) makes things much, much breezier. Additionally, you can simply 'pass the baton' to another character to given them an extra action if you hit an enemy's weakness, chaining abilities down the line of your party to make your combat expertise even more versatile.

A system that hasn't been seen in a Persona game since the second one has returned, however, that of negotiation. To gain new persona, you can fuse them together in a process called execution, but to actually find new ones to fuse together, you must strike the weaknesses of every enemy in a battle, then negotiate to have them join your ranks. This involves being asked two questions, and selecting the right ones based on the personality of the demon. I am not a fan. In any game that has used this, this system has always felt absolutely arbitrary and random, relying less on learning the personality of a demon and more on a dice roll going on behind the scenes.

That said, Persona 5 does improve on this aspect as well, telling  you outright the personality of the demons you fight, and letting you know what kinds of answers each personality likes. Then you have to hope you can parse what personality each choice the demon can be matched to, and choose the correct one. I still don't like it. But it's certainly better here. 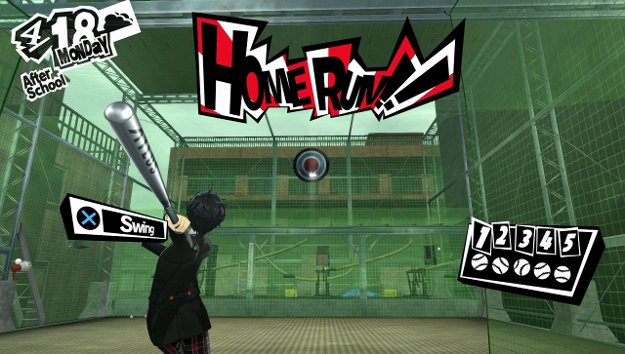 What you do outside of the dungeon is just as important as what you do inside, however. Improving social links (known as confidants in this game) means increasing the strength of the personas you create from fusion, as well as offering you extra opportunities to improve yourself. Confidants also frequently give you bonuses and extra abilities - some may sell you better items, for example, while some, if they're in your combat party, will give you benefits while battling within the palaces. So choosing what to do when you've got the time is rarely a simple choice.

Some of the subject matter in Persona 5 can get rather dark, moreso because much of it, especially at the beginning, doesn't focus on world-ending or even life-ending matters, but instead with subjects such as abuse by authority figures being so prevalent. The writing does a pretty good job at doing this, but it clashes a lot with how some of the other ways that the game presents itself - having so much dialogue of the game be about how the first female party member of your team is attractive or sexy (to the point of having her battle dress be a leather catsuit with a whip), for example. At one point she bends over to pick up some bags and your guardian simply leers at her bending over. This is a 16-year-old teenager, by the way. Didn't make me feel particularly happy about it. 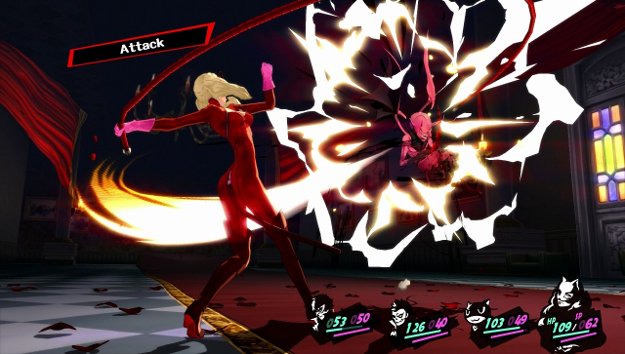 Regardless, that aside, Persona 5 is a great game that overflows with style, from the music, the level design, even down to the menus. Combat is tense, but quick, dungeons are large and varied, and though it takes some time to get going, the story is enough to keep you going forward.The series has taken a while to come out with another iteration, but Persona 5 definitely gets a nice seat and the head of the RPG genre table, creating an experience that's really unlike anything else.