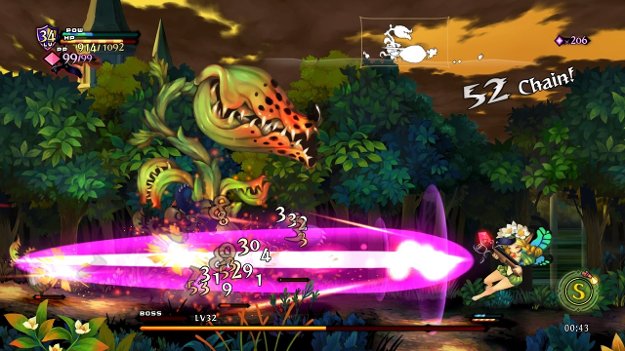 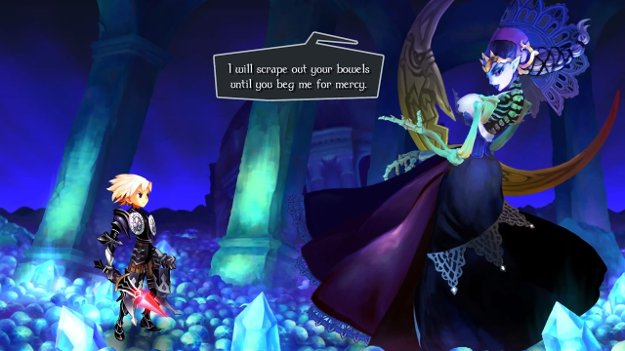 Released in 2007 by Atlus and Vanillaware, Odin Sphere was a visually impressive action game that had some pretty interesting mechanics and a distinct art style that set it apart - however, it had its problems. Repetitive combat and some significant framerate issues severely hampered the game, though it was still fun to play despite these issues. In this game, you played the stories of five different characters as their fates intertwined with each other, fighting hundreds of enemies, and discovering prophecies of a forthcoming apocalypse. It had a peculiar map for each area based around circles, a strange kind of improvement system based on balance between your health and attack growth, and a very distinct art style.

Brimming with almost entirely new combat mechanics, Leifthrasir can almost be considered a whole new game, if not for the plot and general map design remaining the same as the original. See, in the original Odin Sphere, there wasn't exactly a whole lot to the combat itself - there were some really simple three-hit combos, some air attacks, and a sliding attack. Then there were some special attacks you could access from a menu. And that was...well, pretty much it. 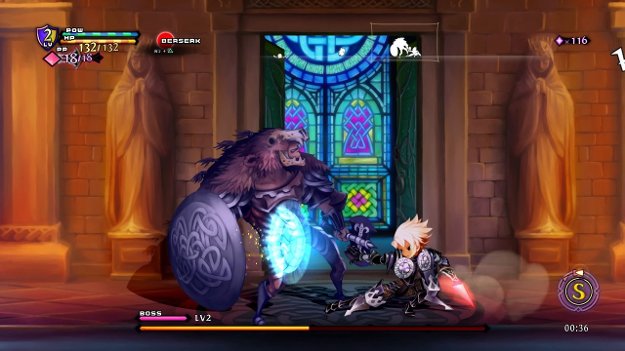 Leifthrasir is entirely revamped in this department. First, the combat is swifter, with more options available, like juggling enemies into the air, smashing them into the ground, the ability to dodge, and just an absolute ton of new special moves for every character. Twenty-one of them, in fact, which can be earned or found, as well as levelled up using phozons. They can also be mapped to button presses now, such as pressing a direction plus the circle button. But if you want something more, there's a ton more options, including fighting-game-style inputs (like quarter circles plus a button), mid-air-only setups, and more. So the more you get used to each character's unique moveset, you'll find yourself jumping across the screen while keeping up multi-hundred-hit combos going, destroying groups of enemies at a time.

It's not just combat abilities that have been revamped, even the basic character mechanics have changed. In the original, you had two areas of improvement: either you absorbed floating phozons into your psypher (a special, rare, magical weapon) to make your attacks stronger, or planted seeds into the ground for the phozons, eating the foods that came out to increase your health level, increasing health points. Leifthrasir, again, introduces more options into the mix.

Notably, you can absorb all the phozons you want, storing them and releasing them at will, instead of hoping that there are enough phozons left after combat to grow all the seeds you plant. Second, instead of having a 'psypher level' and 'health level', you just have a character level that determines your overall strength, modifying stats and increasing your health somewhat. For every level you gain, you also get an ability point that can be put towards a series of separate, passive abilities that do things such as increasing damage output while on the ground, allowing you to move faster, or other benefits such as that. Additionally, as mentioned above, you can use these stored phozons to level up combat skills, raising your attack power overall, increasing power in the skills, and increasing your maximum number of 'phozon points', a pool of power that is used for certain abilities. But like the original, you also gain strength from seeds you plant and grow - you can release stored phozons to grow seeds and eat the results, immediately increasing your health by a few points as well as giving you a boost of character experience. 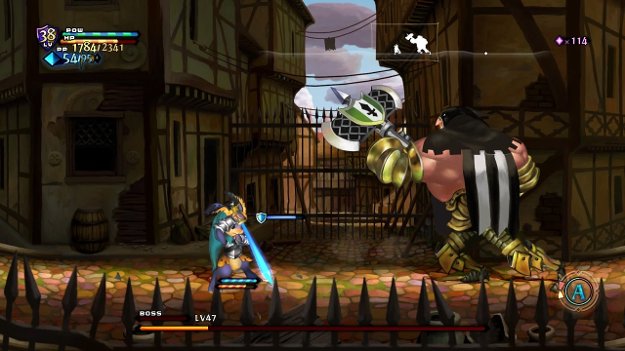 I think you can see why this can be considered an entirely new experience - certainly a better one. Still, if you're missing that balance of character health and power that the original Odin Sphere had, you're in luck - Leifthrasir contains the entirety of its predecessor's mechanics in a 'Classic Mode', allowing you to play the original design of the game. This is essentially a second game, as your progress isn't saved between this and the newer 'Refined Mode', so if you switch over to this, you're starting the game from the beginning.

It behooves me to mention the performance of the game - the original Odin Sphere suffered from some severe technical issues, where there was often a significant drop in framerate during most bosses, or even large, regular battle scenes. It was a significant problem, but thankfully, one that Leifthrasir does not share.  On the Vita version, there were some times when a momentary lapse in performance occurred, but these were few and far between. The distinct, stylized art from Vanillaware shines even better on HD systems, too.

I think that if the game does suffer from any issues, it's its repetitiveness. The new combat system does do much to alleviate the problem, and so does the fact that each character has some pretty different styles and mechanics for combat...but there's still the feeling that each character's story could've been cut short by at least a chapter or two. See, there are only so many areas in the game, but you'll be seeing them a lot, as each character visits almost every corner of the globe. The enemies are the same, the bosses are somewhat different (but expect to fight the same one three or four times throughout the course of the game), and overall with each character's story being close to eight hours, things can really feel like they drag on.

Still, Odin Sphere Leifthrasir is a solid upgrade to the original game, one that improves upon it in almost every way. I'd argue that even if you played the original, this would be worth the purchase for the revised mechanics alone, and if you haven't, it's definitely a worthy addition to an action-rpg library. It feels like it works a little better on the Vita, given its bite-sized battles, but regardless, it's a really good upgrade and worth the journey into this realm of war and apocalyptic prophecies.