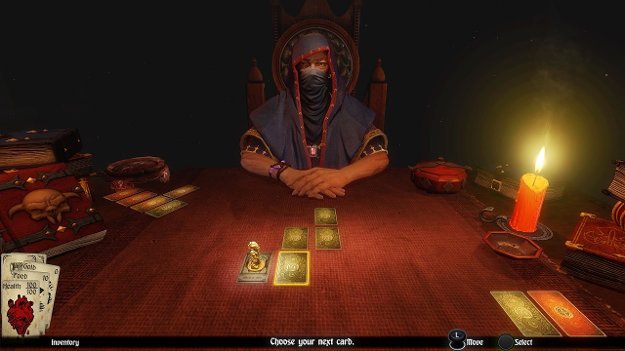 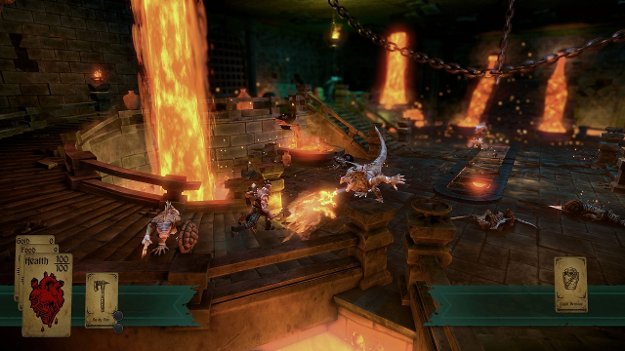 A dark dealer at the end of a long path, a card game that could determine if your life is cut short...Hand of Fate is an interesting game, a combination of third-person action with card mechanics, feeling in the end like something that could actually be played on a tabletop. I can't say I've ever played anything like it before.

The game begins with you staring at a strange man, his face covered and a deck of cards in front of him. From there you begin a game, ostensibly against him (but not quite), in which he draws cards for you that you need to encounter and act out, so to speak, as you encounter them along a 'path'. Some of them are simple, a little story in which you must make choices to determine what you want to do - choose a reward from an elfen maiden, for example. Others are a little more complex, and involve an element of luck, forcing you to choose a card from a random set that could be anything from great success to great failure. And others still involve combat, which is where the game throws you and any items you have equipped (items that can be earned from other cards) into a completely different game, a third-person real-time combat arena with just you, your opponents, and maybe some traps. 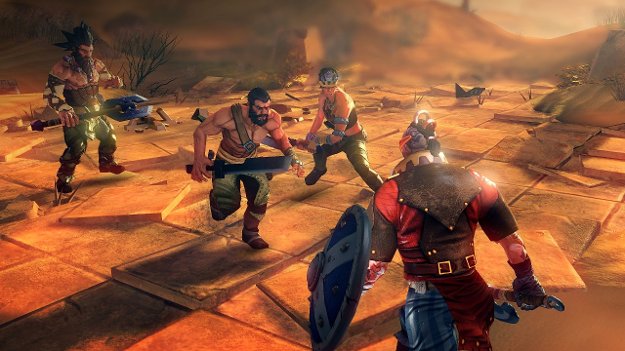 The objective of each 'game' is to reach the end of the path you're given to fight the boss - a powerful barbarian, a trumped-up lizardman, an undead foe - staying alive long enough to get that far. In addition, you want to build up your armory: at the beginning of each game, you're given a set of basic armor, and must find anything better in the rewards you draw from cards that you draw. You might purchase something from a store, find something at the bottom of a crevasse, or even win it in a game of chance. Everything is done via text, but it's well-written and elaborate. And, as each step you take to your objective drains your food supplies, you need to make sure you have enough of them to stay alive before starving to death.

Combat starts off somewhat simple, but adds more and more twists that come with equipment. There's attacking and dodging, of course, but a shield will let you counter and shield bash. Then certain items will let you perform new feats in combat, such as powering up attacks  or draining health from foes. Even further, I've found weapons that give me new abilities, like a powerful smash that stuns everything around me.

Enemies start to become stronger, adding ranged attacks and un-counterable strikes, magic comes into play, traps enter the battlefield, and things in general become pretty hectic. Overall, combat is really varied enough when you start to get more and more equipment entering the fray, making you really appreciate the things you pick up along the way. It's not the shining feature of Hand of Fate, but its presence doesn't disrupt anything else, and it integrates well with how the rest of the game players.

A really important part of the game is the deck-building. It's a little bizarre in how this works - see, you can build your own deck of equipment: shields, armor, special consumables, and so forth can be present, and may or may not be drawn depending on what sorts of rewards you get (certain cards along you to draw from the 'armory', which means pulling something from your deck). Until you actually draw the card from your deck or see it in a store, however, you will have no idea what it actually does, making it very interesting to see what the "Mage's Gauntlet" you picked up from the wizard actually does...

What's really interesting is that you also build the dealer's deck. First, you pick your boss opponent. This determines certain cards - for example, if you're fighting a rat king, a number of rat encounters are going to be added to the deck. But then you add in more cards of your choosing, cards you've found, cards you've maybe already played and know what they give you. And herein is a big pull of the game, the concept of the quest lines you can experience. 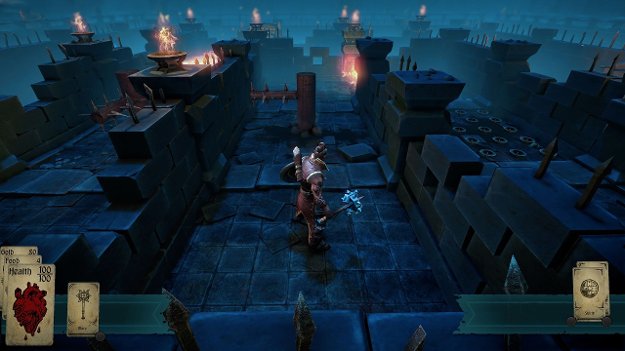 Of course, this means adding this new encounter card to the dealer's deck, creating a chain of encounters that stays fresh and keeps you putting new cards to experience in your opponent's deck. It's a really inventive system that allows you to 'play' both sides of the board, in a way, or at least customize what you want to see. Don't like the encounter in which you gamble with a demon? Don't put it in the deck! Some cards may be locked, especially depending on the boss you're facing, but for the most part it's up to you.

Hand of Fate is a game with a bizarre set of features that blend together quite harmoniously. If you told me there was a game that mixed text-adventures with third-person combat and card game mechanics, I would've said you were crazy, but the experience Hand of Fate generates is one that I find hard to put down. There's always a new encounter I want to see, always a new foe that I want to fight. And it's always there to deliver, bizarre as the mix may be.