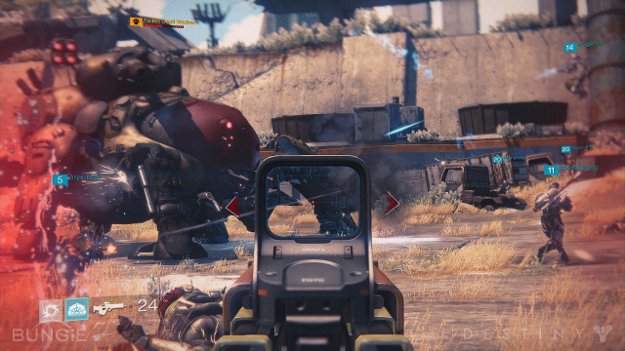 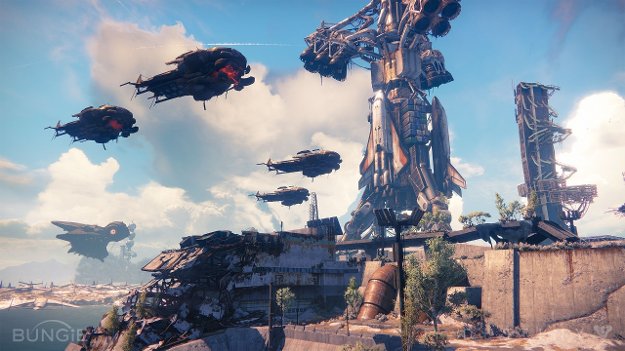 It's hard to look at Destiny and not recognize it's inspiration. Combine tight shooting mechanics that made Bungie a household name with Halo, add in a cooperative multiplayer experience that made Borderlands a great experience, and toss in some massively multiplayer elements, and you've got Destiny.

Destiny can start out as a rather intriguing single player shooter, but can just as easily turn into a massively beautiful multiplayer thriller. At the start of the live 7-player play through, we saw the first character by himself on the outskirts of Russia. He was one of the many humans in the world called Guardians, defenders of the race in the last remaining safe city in the entire world. Many years have passed as the Earth lies in ruins. The players watches over the beautifully rendered horizon that was once a bustling highway. Now it is a graveyard of rusted automobiles; some of them littered with bleached skeletons still trapped in their vehicles. As the player looks over the land, he is quickly joined by the second player. They both decide to go into a structure and do some exploring. Inside the massive structure, it is pitch black. The first player deploys a Ghost, an artificial intelligence probe that begins some quick banter. As he travels through the building, impressive lighting effects light the path the probe takes to show just how expansive the structure is. 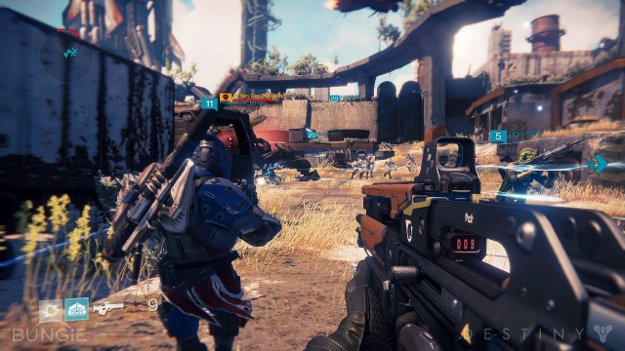 As the lights come back on, enemies then start to present themselves which quickly turns the expedition into a frantic fire fight. The shooting is quite tight as the first player quickly dispatches a few of the alien enemies. However, that will not be the only type of attacks players can utilize. The first player next takes out a small cadre of enemies with a force push while the second player takes out another group of them with her own power; lighting them on fire with pyrokinesis.

After the small enemies are taken care of, an area boss presents itself to the duo. It is quite the challenge for the pair as the boss also has a few soldiers under its command. With the combination of their guns as well as their own abilities, the two down the boss to reveal another aspect of Destiny's gameplay: the loot. Like Borderlands, downing powerful enemies can net you impressive loot, but Destiny goes a step beyond just giving you shiny new guns. Weapons will have their own talent trees players will level up meaning that the same gun might not be exactly the same for players.

After the two showed off their new toys, they decided to exit the structure and link up with two more players that joined them. And it was just in time as a notification just appeared onscreen signaling a Public Event. These are occurrences where it takes several party members to complete a certain task; this case being a giant walking tank. As the new team approached the boss, already in combat with the final three players, the public event commenced. 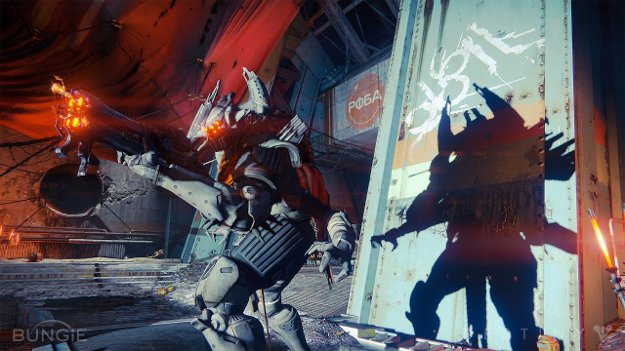 The boss fight was quite intense; somewhat similar to taking on a raid boss in a World of Warcraft dungeon. With constant conversation going on with teammates and intricate teamwork, the boss was finally taken down. A great sense of accomplishment washed over the entire team. It was quite a feat.

What started out as a single player shooter can quickly turn itself into a massive multiplayer experience. Destiny is indeed a shooter that should be watched in the next year.