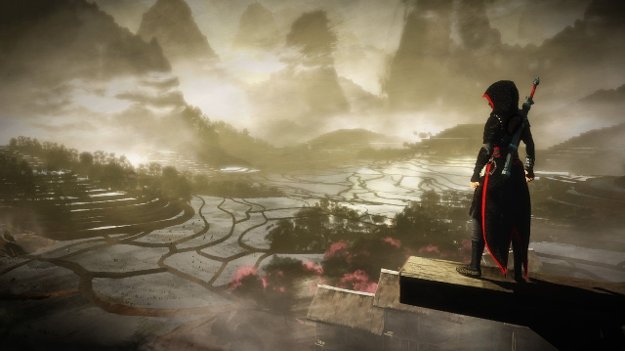 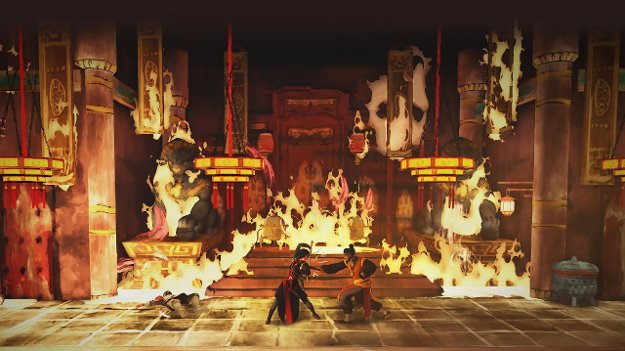 The assassin’s and Templars are at it again, but this time in one of the freshest locations we’ve seen to date, 16th century China. In Assassin’s Creed: Chronicles- China, we operate under the hood of Shao Jun, one of the rare female agents of the brotherhood. Although this is the first time players have controlled Shao Jun, this is not the first we have seen of her. She appeared in the short animated movie Assassin’s Creed: Embers delved into the details of the last few days of Ezio’s life. Here we are introduced to Shao Jun and some overlap from their encounter is shared between these two mediums. Back in Chronicle’s story, we join Shao Jun reconciling with a tragedy that has struck the Chinese branch of the brotherhood.

In a story told through artistically painted still images, a sinister attack from the Templar order has all but wiped out the Assassin’s in China, with only our protagonist and a minute handful of others who remain. The story proceeds with Shao Jun confronting the Templar elite responsible for the attack, identified as “The Tigers”, in a textbook ascending order of importance. Unfortunately by the stories conclusion, it feels as though we were left with the less interesting half of this tale. Retaliatory assassination is old hat for this franchise, while all-out war between Assassins and Templars could have been a much more novel proposition.

Chronicles substitutes the classic Assassin’s Creed open world for more of a 2 dimensional, Metroidvania-like progression. This is not the first we’ve seen of this gaming form in the series, but it may be worst. An element of gaming indicative of this side-scrolling genera is exploration, something Chronicles only tangentially experiments with. There are selection of side objectives and collectibles that can be found by those inquisitive few, but your path forward is always essentially linear.

Impeding said path are several variations of Templar henchmen and how you deal with them gains you points with three different types of awards centralized around stealth lethal, stealth non-lethal, and open combat. Every zone of enemies in each level is independently ranked, and you are rewarded upgrade points on how well you executed any of the three play styles in that zone. It is welcome that the game doesn’t penalize you for experimenting with different play styles, but upgrades are too inconsequential to make you care enough to aim for perfect execution. The upgradable tools in your arsenal have some originality to them, like the fire cracker and noise dart, but they all seem to incentivize the non-lethal option, an arguably counterintuitive direction for an assassin.

Stealthing is ultimately a valid choice with many of the franchises trademark hiding places littered around each zone, and clear cones of vision providing distinct indication of where the enemies are looking, but it doesn’t seem to flow as well as many of its contemporaries. Zones become very densely packed in the later levels and patrols can have an annoying habit of idly gazing around, sometimes spotting you simply by spontaneously glancing over their shoulder. This isn’t helped by the games very directionless platforming element.

Free running is a substantial staple of this franchise, but Chronicles hits it’s hurtle right out of the gate being 2D, and therefor limiting your range of traversal. Not that this perspective inherently makes a games platforming inferior, but many times Chronicles will drop you into a group of soldiers due to unclear jump distances or have you stuck on a ledge you can’t shimmy around just in time for a patrol to stroll up to you, and your patience for it all will quickly wear thin. 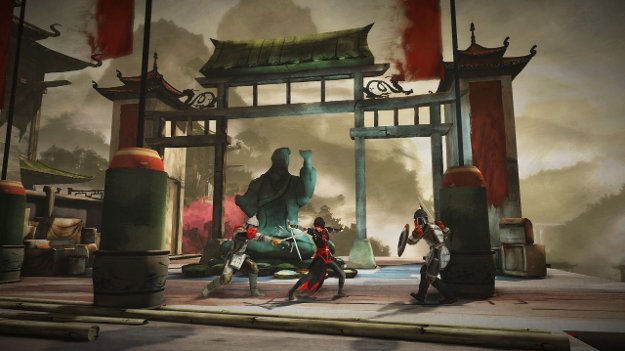 When the games short-comings inevitably drop you unwillingly into open combat, you won’t find any solace here either. Sword play is relatively straight forward, using heavy attacks and light attacks for offensive with blocking and occasional dodging for defense against some of the fancier enemies. In this case, the simplicity of the combat isn’t its only shortcoming. Enemies have no indication they are about to attack, and accounting for the games own poor response time, players are generally forced to keep mashing counter until the attack comes. Once it does, you resort to wailing on the enemy for a second or two before you are forced to repeat the process. It is incredibly flow breaking and likely the nadir of the entire experience.

Assassin’s Creed Unity was a major disappoint amongst the community at large, but this title had the potential to make it so it wasn’t all for not. Tragically, this was not the scenario we were let with. For those die hard AC fans that received Chronicles bundled with the season pass it is worth a look, but tedium and sloppiness slide this experience in the lower tier of this venerable franchise.